Proposed Police Reforms and limited compliance on their implementation – Part 2 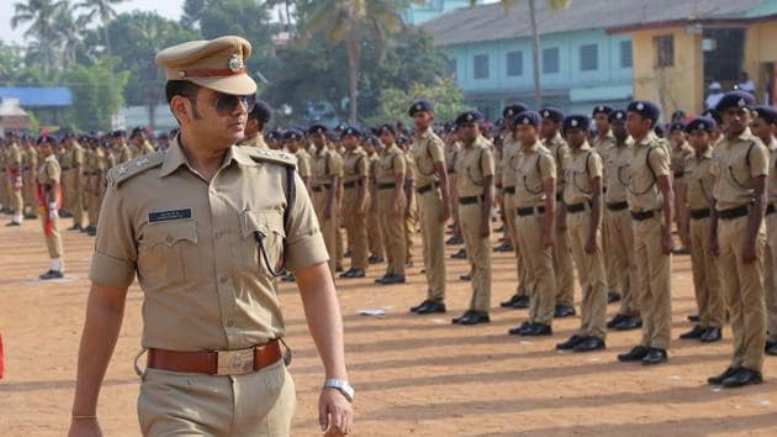 Part 1 highlighted the importance of rule of law and pointed out the drawbacks in Bharat’s law-enforcement system. This part will describe the workable police reforms suggested which need to be implemented.

Over the decades, many expert bodies examined the functioning and structure of law enforcement and suggested changes for reform. These include:

Gore Committee’s recommendations on training were mostly implemented but suggestions relating to structure of the police system were overlooked.

Malimath Committee recommendations on the Criminal Justice System issues like judiciary, investigation, prosecution, and crime and punishment were partially implemented by the centre and states.

The NPC carried out the most comprehensive review and wrote eight reports in four years which contained 291 recommendations (details here). One recommendation called for having state-level oversight bodies like the State Service Commissions (SSCs) for appointment and removal of police chiefs. Another recommendation was that the DGP must have minimum tenure of two years.

One recommendation was that the investigation and prosecution wings be made separate. The prosecution wing would then have to be placed under the Law Ministry rather than the Home Ministry.

Since the police cannot carry out fair investigations against their own department, the NPC also proposed a Police Complaints Authority (PCA) at the state level headed by a retired SC judge. PCAs would be aided by the State Human Rights Commission, State Public Service Commission, and Lokayuktas. Replication at the district level was also suggested.

These  recommendations were not implemented, therefore a petition requesting the SC to issue directions to the GoI to frame a revised Police Act based on the NPC model draft was filed in 1996 by retired IPS officer Prakash Singh and others.

Prakash Singh’s petition was finally ruled upon by Justice Sabharwal in September 2006:

The court’s directions included setting up three institutions: SSCs to insulate the state police from extraneous pressures; police establishment boards to give autonomy to the department in personnel matters; and PCAs to ensure better accountability of the force.

The court also laid down a procedure for appointment of the DGP and gave him a fixed tenure of two years, mandated a two-year tenure for officers performing operational duties in the field, and gave directions for the separation of investigation from law and order in towns with a population of 10 lakh or more. The directions were to be implemented by December 31, 2006.

The seventh directive was to set up a National Security Commission to create a panel for the Appointing Authority to select Chiefs of Central Police Organizations (CPOs). The CPOs must be given a minimum tenure of two years. The Commission could be headed by the Union Home Minister along with Chiefs of CPOs and a few security experts and the Union Home Secretary as its Secretary.

The 2006 verdict with the directives mentioned above has also not been complied with. Twenty-six states and UTs formed SSCs but none followed the balanced composition formula suggested by the NPC and the SC directive. The SSCs either did not include the opposition leader or in some cases the government continued to control appointment rather than the SSC.

Regarding removal of police chiefs, the SC directive diluted the NPC’s recommendation and instead of being required to seek approval of the SSC, state governments only need to consult the SSC. Many of the states even skip this step.

Regarding the NPC recommendation that the DGP tenure must be a minimum of two years, with political patronage remaining in place, its effectiveness is lost. States and UTs did not comply with the PCA recommendation either.

Prakash Singh laments  about the states’ non-compliance with the directives and instead trying to circumvent them:

He also laments the centre not using its legislative authority to get the SC directive implemented, which has led to different states having different police acts:

In 2006, when the SC gave its landmark judgment on police reforms, it was expected that the GoI would enact the Model Police Act … drafted by a committee headed by Soli Sorabjee. The states would possibly have followed the Centre’s example. Besides, Article 252 of the Constitution gives Parliament the power to legislate for two or more states by consent… Nothing of the kind was even attempted by the previous government. As a result, we are confronted with an anomalous situation. The British had one Police Act for the entire country while we have different Acts for different states.

A uniform police act across states would be useful and prevent West Bengal like occurrences.

Prakash Singh states that the centre has the power to bring police/public order into the concurrent list through an amendment but has not done so:

It is high time that the government seriously consider bringing police/public order in the Concurrent List of the Constitution. All state governments depend on the Centre to maintain law and order. An amendment to the Constitution would give de jure status to what is already de facto on the ground. Fali Nariman, a leading constitutional expert, has strongly argued for such an amendment.

The centre can at least declare certain crimes as federal so that these are investigated by central agencies:

… the least the government should do is declare certain crimes as “federal” and entrust their investigation to a Central agency. This would be in keeping with the recommendations of the Second Administrative Reforms Commission.

Even the ‘least controversial’ directive of the SC of separating law and order from investigation has not been done.

Although the structural reforms proposed remain unimplemented, in 2017, some steps were taken towards modernization of the police force, which Prakash Singh lauded:

In a refreshingly progressive move, the GoI has approved a Rs 25,000-crore internal security scheme to strengthen the law and order apparatus, modernise state police forces and enhance their capacity to combat terrorism. The umbrella scheme, Modernisation of Police Forces (MPF), will be implemented between 2017 and 2020…The idea is to assist the states to upgrade their police infrastructure, especially in respect of transport, communications and forensic support, to enable them to effectively tackle the emerging challenges.

But technology by itself will not make the police radically different as long as political control remains:

What we have today is Ruler’s Police. What we need is People’s Police… Accountability has to be to the Constitution, the laws of the land and the people of the country… Gadgetry won’t help here…police must be freed from the stranglehold of politicians. Technology would definitely be of great help — it would, in fact, act as a force multiplier. But bereft of sensitivity and accountability to the people, its gains would be limited.

The various Committees especially the NPC have come up with very workable solutions to free the police from political control. The inputs of many others, especially of Prakash Singh on this issue and other matters such as modernization and training are also practical, but unfortunately have not been acted upon.

Bharat’s police forces must not remain outdated both in terms of infrastructure and the laws followed. The world now faces a newer genre of crimes connected to the Internet and Social Media. Such crimes cannot be tackled without equipping cops with state-of-the-art technology and infrastructure. Even non-cyber crimes need sophisticated forensic techniques for solving them effectively. Therefore modernization of police is essential.

Most importantly, political interference must go. It is time Bharat got a professional and well-equipped police force free from political control.

MP: Hindu girl (13) abducted and raped by Babu Khan for 3 days, police beat victim and try to save accused