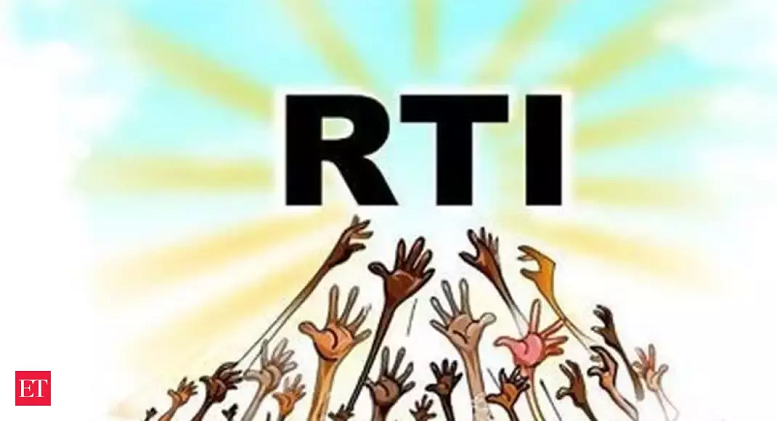 On 3 June, 2013, in a landmark ruling the Central Information Commission (CIC) declared that all political parties will come under the purview of RTI Act as they are public authorities. Therefore, they have to disclose the information of the political donations received with the details of sources/ donors in a transparent manner.

Under the RTI Act, a public authority is one that is substantially financed, or directly or indirectly funded by the appropriate government. Since political parties get income tax exemptions, concessions and benefits in allotment of land for construction of their party offices etc., the RTI authority gave a ruling that political parties come under the definition of public authority. However, the election commission differed with the RTI authority and refused to entertain any requests for disclosure of the details of sources of donations received by political parties.

(a) by or under the Constitution;

(b) by any other law made by Parliament;

(c) by any other law made by State Legislature;

(d) by notification issued or order made by the appropriate Government,

The CIC gave its ruling classifying political parties as public authorities though they are non-government organizations as they are substantially financed by the public through donations and they also get tax exemption from the government for their incomes.

Though the CIC order that declares political parties come under the purview of RTI Act has not been challenged in the higher courts, the political parties refused to entertain the RTI queries raised against them. CIC has declared six national parties as public authorities, viz., BJP, Congress, BSP, NCP, CPI, CPI (M). Trinamool Congress Party was subsequently added to this list in September, 2016.

However, unfortunately the Central Public Information Officer (CPIO) of Election Commission took a different stand saying political parties are out of the purview of RTI Act, when a query was raised with regard to the details of the donations received by the six national political parties under the newly introduced electoral bonds.

Finally on 16th March, 2015 the CIC said the RTI Act does not accord the Commission with adequate powers to handle the cases of contempt and non-compliance of its orders. To quote the words of CIC,

On 19th May, 2015 the Association for Democratic Reforms (ADR) and RTI activist Mr. Subhash Chandra Agrawal filed a petition in the Supreme Court appealing the honourable court to declare all national and regional political parties as “public authorities” and include them under the purview of RTI Act.

The first hearing in the case took place on 7th July 2015 wherein the Apex Court admitted the plea and sought responses from all the national political parties, Election Commission and the Central government. To its counter, Government of India had filed its affidavit stating that they do not come under RTI Act.

There are two important issues that are to be resolved by the Supreme Court in this matter.

While the resolution of the first issue mentioned above will put to rest on whether the political parties come under the ambit of RTI Act or not, Supreme Court’s directives on the second issue mentioned above will ensure restoration of the credibility of the Central Information Commission. Let us hope the Supreme Court will give due priority to this case and give its final verdict at an early date.