“Nirav Modi will not get a free trial in India,” says retd. SC judge Markandey Katju 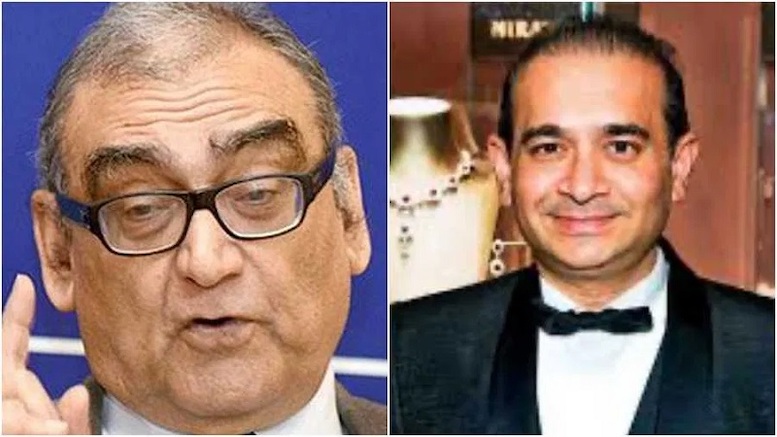 “I will be deposing tomorrow (through video conferencing) in a UK Court as a witness for Nirav Modi. But I would not be commenting on the merits of the case and will only say that he (Nirav) will not get justice in India“, Katju told Economic Times.

Nirav Modi is currently in a UK jail, and a court there is holding a trial on Bharatiya government’s plea seeking extradition of the fugitive economic offender who fled Bharat in 2018. He was arrested in London last year and has been denied bail several times as he was deemed a flight risk. Mehul Choksi meanwhile is holed up in Antigua & Barbuda – the govt. there has cancelled his citizenship and he should be extradited once all his legal remedies are exhausted.

Justice Katju has opined against the Bharatiya government’s plea seeking Nirav Modi’s extradition from UK. Quite extraordinarily, the ex-Judge of the Supreme Court of Bharat has run down the very institution he was a part of, that too in front of a foreign power.

In a written statement already submitted to the UK court, he has claimed that “Nirav Modi is unlikely to get a free and fair trial in India, as he has already been convicted by the Indian media and the current establishment”. He added that the Union Law Minister Ravi Shankar Prasad, in one of his press conferences, has already labelled Nirav Modi as a “criminal”.

Nirav Modi and Mehul Choksi are accused of swindling huge loans obtained through fraudulent Letters of Undertaking and Foreign Letters of Credit obtained from PNB with aid of crooked bank employees. They had been availing loans using this fraudulent route for around a decade. Some alert bank employees finally realized the scam and informed CBI. Mehul Choksi and Nirav Modi & his family absconded in early 2018, days before the news of the scam broke in Bharat.

In December 2019, a special PMLA court in Mumbai declared Nirav Modi as a Fugitive Economic Offender. The court has recently ordered confiscation of Nirav Modi’s property worth 1,400 crores, which ED has started acting upon. Investigators have unearthed how the fraudsters with help of their family and few employees illegally smuggled out diamonds and other valuables stashed across the world to avoid recovery by authorities.

Nirav Modi is currently wanted by authorities in Bharat, Interpol, and other police departments across the world!

And this is the man that a retired SC judge has a problem with being labelled ‘criminal’! So was Vikas Dubey a criminal or not in eyes of Justice Katju? Can we call the likes of Dawood Ibrahim a ‘terrorist’ or we have to wait before he is tried and pronounced guilty by a court of law?

What is more, the retired Supreme Court Judge said that Nirav Modi will be made a “scapegoat” for the ‘failure of Indian government to arrest the declining economy’. Attacking the judiciary, Justice Katju has said Bharat’s judiciary is “committed” to the Executive, is “no longer independent”, and a fair trial of Nirav Modi is not expected in Bharat.

Justice Katju is a bit of a loose cannon, to put things mildly. An archetypal secularist of the Kuldeep Nayyar, Rajinder Sachar and Prashant Bhushan mould, Katju is as self-righteous as the rest of them.

Not surprisingly, Justice Katju is upset with last year’s Ayodhya Ram Mandir verdict where a 5-member SC bench delivered a unanimous verdict in favour of Hindu petitioners who had been fighting a 135-year-long legal battle to reclaim one of their holiest sites. He has called this the most “shameful verdict” after the ADM Jabalpur judgment of 1976 which upheld the excesses of Indira Gandhi’s Emergency.

Let’s look at some other past gems from Justice Katju:

So what has Justice Katju been up to recently?

Glad someone spoke about it.

The kind of harassment/bullying @priyankadeo is subjected to is appalling and more so because so many of us are seeing it and looking the other way like it's normal.

Honestly, the very fact a Markandey Katju rose to become a judge in the highest court of the land is reason enough to question the effectiveness of the opaque and dubious Collegium System whereby a clique of SC judges gets to decide which judges are to be appointed to SC and High Courts. All the talk of judicial independence being under threat due to Modi government is balderdash spread by left-liberal malcontents who cannot digest the fact that a few judgements have gone against their diktats.

As the Law Minister has written, the independence of the judiciary was only ever seriously threatened during Indira Gandhi’s Emergency, and the current trend of launching vicious campaign against judges in the event of an adverse verdict is what really threatens judiciary’s independence.

It is high time that elected representatives were given a say in the appointment of judges, and the entire process made more transparent and meritocratic. The nation has suffered incompetent and/or pompous gasbags in important constitutional posts for far too long.