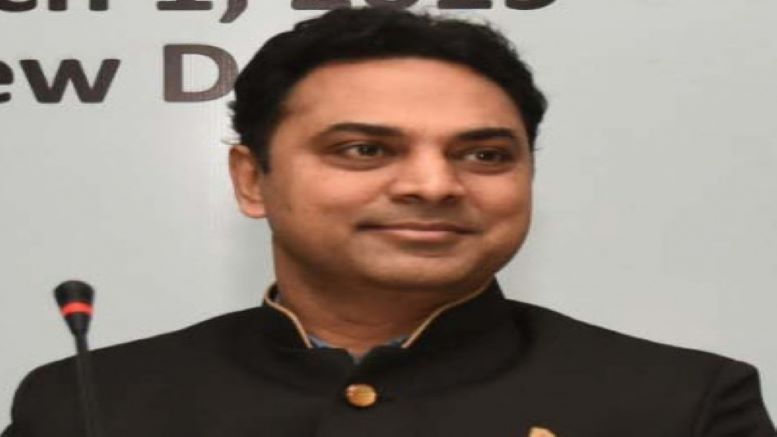 Carrying out structural reforms with clear long-term growth objectives is the guiding principle of the Central government in dealing with a crisis, which is far superior to UPA government’s economic policies, Chief Economic Advisor K. Subramanian told IANS.

The CEA said that carrying out structural reforms during a crisis might cause short-term pain, but will eventually lead to long-term gains. This he cited as the main difference between the current Central dispensation and the UPA government in terms of their respective responses in dealing with a crisis.

Besides, he said that UPA’s policies lacked vision to deal with a crisis as only short-sighted moves were carried out post the financial meltdown of 2008, resulting in the creation of economic imbalances.

Unlike the UPA response to a crisis, the Narendra Modi-led government, Subramanian said, has taken a long-term view of the economy during the pandemic and carried out a spate of reforms accompanied by an increase in capital expenditure.

This, he said, will add close to 6.25 per cent of the stated 11 per cent real GDP growth projected for FY22.

During the exclusive interview, the CEA said that the current pandemic has brought out the contrasting ways in which the economy has been handled in times of crisis.

“The 2008 financial crisis is a classic case of adopting a policy based on the principle ‘short-term gain for long-term pain’. So, the UPA government went in for fiscal expansion as has been done now but that time it was all revenue spending and no capital spending was planned. Second, there were no reforms.

Comparing the UPA’s economic response to a crisis, the CEA said the current government is working on the principle of ‘short-term pain for long-term gain’.

So, while the existing government also faced an unprecedented crisis situation, the response has been practical and futuristic, he said.

What is being done now brings out the contrast in policy making during the UPA regime and now, Subramanian said.

The CEA added that what has been done now is a substantial increase in capital expenditure having a multiplier effect on the economy and backed strongly by a spate of reform measures.

“In fact, there is a focus on the manufacturing sector. Accordingly, demand is rising but supply will increase even more because the reforms done are far more seminal. The reforms and initiatives taken now will take some time, maybe two years or so, but we will then reach a level of lower prices and higher output,” Subramanian said.

He said the leaning to handle the current crisis also came from the experiences of the earlier NDA government under late Atal Bihari Vajpayee.

In the previous NDA government, during 1999-2003, the ‘Golden Quadrilateral’ highway project was built, telecom infra got created and disinvestment was pursued aggressively.

These projects delivered low inflation and 8 per cent growth over the next five years, he said.

In fact, the entire growth in UPA 1, he said, was due to the reforms which were carried out by the previous NDA government.

On the FY22 proposal for higher infrastructure spending leading to a multiplier effect of 2.5 times, he said that an investment of Rs 100 will create an economic activity worth Rs 250.

So, when we are spending about Rs 5.5 lakh as infrastructure sector spending in FY22, or close to 2.5 per cent of the GDP, the multiplier effect would create GDP potential of 6.25 per cent from infra spending itself, the CEA said.

He said the Bharatiya economy cannot reach the $5 trillion-mark without adequate growth in infra and capital expenditure.

“The 2018-19 Economic Survey had talked about the virtuous cycle that basically starts with investment. Investment leads to an increase in productivity, while jobs also get created. So, when productivity and jobs are created, you actually give money in the hands of people. Money in the hands of people increases demand and this increases consumption. Anticipating consumption, companies tend to invest and private sector investment picks up,” said the CEA.