Dear Nashik CP, will you also ban azaan within 100 m of a temple and 15 min before and after aarti? 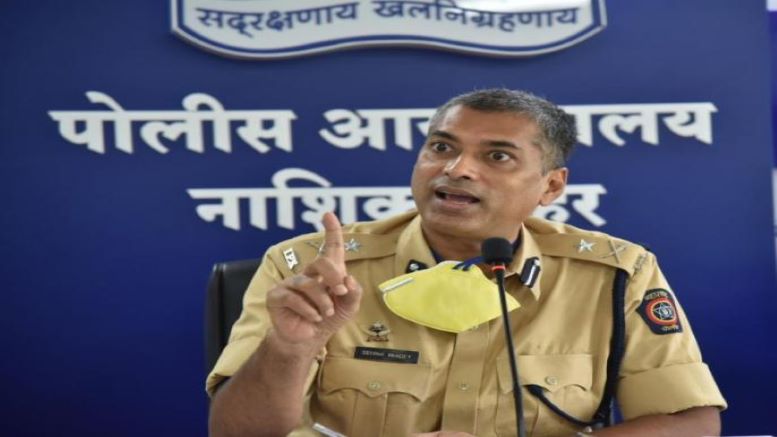 Muslims have the right to azaan but Hindus reciting Hanuman Chalisa amounts to ‘disturbing peace’. Well, that’s the reason Nashik CP (since transferred) given by Deepak Pandey at the time of issuing prohibitory orders.

“Permission has to be taken for playing Hanuman Chalisa or Bhajan. It will not be allowed within 15 minutes before and after the azaan. It will not be allowed within 100 meters of the mosque. This order aims to maintain law & order”, Pandey was quoted as saying. “The Nashik police have mentioned only Hanuman Chalisa and Bhajans, and no such time and area restriction has been mentioned for Azaan”, noted OpIndia.

The order came after MNS (Maharashtra Navnirman Sena) Chief Raj Thackeray announced that his party would play Hanuman Chalisa opposite mosques if loudspeakers weren’t removed from the latter. Pandey is a shady figure who was earlier suspended over suspicions of being involved in the Akola sex scandal. Such people have held sway under the Uddhav Thackeray-led ‘secular’ MVA (Maha Vikas Aghadi) sarkar. Therefore, the order prioritizing azaan over Hanuman Chalisa isn’t surprising.

Mumbai police sent a notice to Karishma Bhosale’s mother after Karishma objected to the high volume of the loudspeaker used during the 5-times daily azaan at a mosque next to her house. MNS leader Mahendra Bhanushali was arrested for playing the Hanuman Chalisa.

It is probably time to remind Pandey about the court rulings on loudspeakers. “We hold that all places of religion are bound by noise pollution rules. No religion or sect can claim the fundamental right for using a loudspeaker or public address system. We clarify that all places of religion shall scrupulously follow noise pollution rules and no place shall be allowed to use loudspeakers or PA systems without obtaining permission,” said an August 2016 Bombay HC ruling.

Pandey also needs to revisit Article 25 of Bharat’s constitution. Article 25 (1) reads, “subject to public order, morality, and health and to the other provisions of this Part, all persons are equally entitled to freedom of conscience and the right freely to profess, practice and propagate religion”. While Pandey’s definition of all excludes Hindus, the Constitution doesn’t.

While Pandey wanted Hindus to refrain from reciting Hanuman Chalisa 15 minutes before and after azaan, Shiv Sena leader Sanjay Raut advised Hindus to recite it inside their homes or in temples. However, none of them seem interested in implementing court orders regarding loudspeakers. Politicians have ‘vote-bank compulsions’, but why are law enforcers like police subjecting law to appeasement?

Using loudspeakers in a mosque is not a fundamental right, Allahabad HC