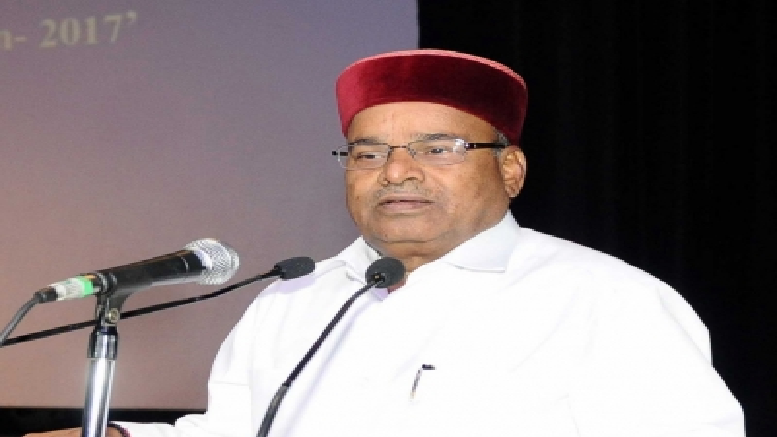 Karnataka Governor Thaawar Chand Gehlot on Tuesday gave his assent to the ordinance promulgated by the BJP government on the controversial Karnataka Protection of Right to Freedom of Religion Bill, 2021 popularly known as the anti-conversion bill.

The ordinance was sent to the Governor’s approval by the ruling BJP after a recent cabinet decision.

With the Governor according to the permission for the proposed bill, the ruling BJP is all set to implement the bill which proposes stringent measures on religious conversion activities and may create a lot of chaos in the state.

The bill has been passed by the Assembly but is yet to be presented in the Legislative Council, where the ruling BJP is one seat short of majority. However, the top leaders have decided to put the bill into execution through an ordinance – which will have to be approved by both the houses within 6 months.

The Council elections are scheduled to be held on June 3 for seven seats. The BJP is likely to win 4 seats and attain full majority, and then passage of the bill would be easy, sources said.

The Karnataka government had tabled the controversial measure in the Assembly session in Suvarna Vidhana Soudha at Belagavi on December 21, 2021.

According to new law, any converted person, his parents, brother, sister or any other person who is related to him by blood, marriage, or adoption or in any form associated, or colleague may lodge a complaint of such conversion which contravenes the provisions. The offense is made to be non-bailable and cognizable offense.

The bill proposes a declaration before conversion of religion and also pre-report about conversion. A declaration post-conversion is also proposed. If any institution violates the act, the imprisonment of up to five years with a fine of Rs 25,000 is prescribed.

If the convertee is a minor and mass conversions take place, the imprisonment is extended up to 10 years.

The bill proposes protection of right to freedom of religion and prohibition of unlawful conversion from one religion to another by misrepresentation, force, undue influence, coercion, allurement, promise of marriage or by any fraudulent means and for the matters connected therewith or incidental thereto.

“No person shall convert or attempt to convert, either directly or otherwise, any other person from one religion to another by use or practice of force, undue influence, coercion, allurement or by any fraudulent means or by any other means or promise of marriage, nor shall any person abet or conspire such conversion,” it says.

The act also underlines that, provided that if any person reconverts to his immediate previous religion, the same shall not be deemed to be a conversion under this act.

“Allurement” has been defined as including any gift, easy money or material benefit either in cash or kind, employment, free education in school or college run by any religious body, promise to marry or portraying practice, rituals and ceremonies or any integral part of a religion in a detrimental way vis-a-vis another religion, or glorifying one religion against the another religion, according to the bill.

The bill also proposes grant of appropriate compensation by the accused of up to Rs 5 lakh. If the accused repeats the offence, the bill proposes a jail term of not less than five years and a fine of Rs 2 lakh.