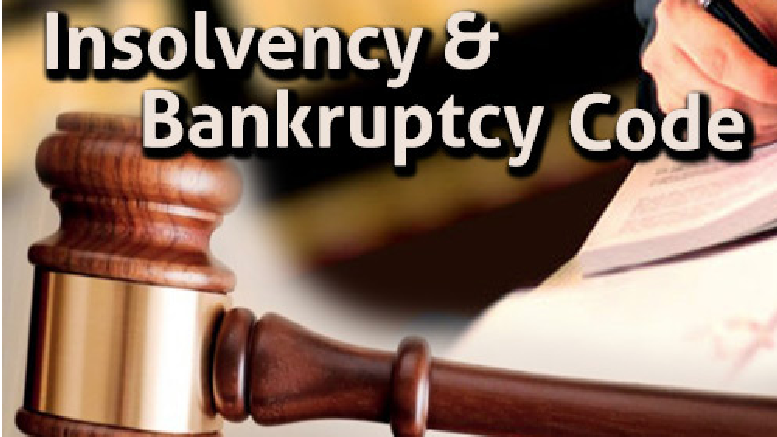 • To bring a comprehensive regime to deal with all aspects and all kinds of insolvency and bankruptcy.

• To expedite the process of settlement of insolvency and bankruptcy proceedings

• To shift from the debtor in possession regime to creditors in control regime wherein the creditors would decide the matters with assistance from the insolvency professionals.

• To evolve a collective mechanism to resolve the insolvency with the active involvement of all the concerned stake holders rather than a mere recovery of a loan by a creditor.

• Rehabilitation of failing businesses those are viable.

• Closure of units with least cost and disruptions wherever rehabilitation and revival is not possible.

The IBC envisages four pillars for the effective functioning of the mechanism viz., (i) Insolvency professionals or resolution professionals (ii) information utilities (i.e., National e Governance Services Limited which stores the data of the lenders and the terms of lending in electronic data base) (iii) adjudicating authorities and (iv) IBBI.

Observations of Parliamentary Standing Committee’s Report on implementation of IBC

The Parliamentary standing committee‘s (PSC) report on implementation of insolvency and bankruptcy code submitted in August, 2021 observes that the overall recovery rate under IBC is very low with heavy haircuts amounting to 95% and there is delay in resolution process with more than 71% cases pending for more than 180 days which unfortunately defeat the very basic objective of enacting the IBC.

The standing committee rightly observed that unsustainable haircuts taken by the financial creditors is adversely impacting the creditors rights (particularly that of operational creditors).

The PSC Report also candidly mentions that there is a conflict of interest between the multiple regulators viz., IPA (Insolvency Professional Agencies) and IBBI. As the extant code considers the commercial wisdom of the COC (Committee of Creditors) as supreme,there is a likelihood of arbitrariness in the exercise of discretion by COC.

This also impacts the appointment and continuity of interim RPs or replacement of interim RPs with another RPs as this is purely at the discretion of COC as rightly observed by PSC Report.

The PSC also observed in its report that the main reason for delay in the insolvency resolution is due to – delay in admission of the cases and delays in approval of the resolution plans by National Company Law Tribunal (NCLT). These inordinate delays are leading to rapid value erosion resulting in massive reduction in the realizable value of the assets of the Corporate Defaulter (CD).

NCLT by and large functions only with 50% of the sanctioned strength and this has a direct impact on the working and efficacy of the institution.Also, there is inordinate delay in the appointment of the members of NCLT by the government.

There has been continuing disagreement between the centre and the apex court with regard to the Tribunal Reforms Act, 2021 due to the fact that several provisions, which had been struck down by the court in July, 2021 still remain in the legislation. Section 5 of the Act, which fixes the tenures of tribunal members at four years or until they turn 67, was one of the provisions which the court had struck down.

As a consequence, Justice Cheema had moved the apex court against the government’s decision to curtail his tenure. The apex court on 15th September, 2021 took strong exception to curtailment of Justice Cheema’s tenure. “He has reserved 5 judgments. If you suddenly retire him, there will be a problem in re-hearing those cases. The way in which this order passed is awkward. How fair is it?” the CJI Mr.N.V. Ramana remarked.

Section 5(26) of the IBC defines resolution plan as a plan proposed by resolution applicant for insolvency resolution of corporate defaulters (CD) as a “going concern.” This implies the resolution plan must result in the disposal of the entire business operations of the CD under one single plan. However, most of the times the bidders evince interest only in acquisition of select business units or assets rather than the entire business. Whereas, the current IBC guidelines do not offer such flexibility for entertaining multiple bidders to dispose the corporate defaulter’s business in bits and pieces.

However, the CIRP (Corporate Insolvency Resolution Process) regulation 37 permits such transfer and sale of all or part of the assets to one or more persons as part of a resolution plan. The PSCReport rightly points out that there is a need to remove this anomaly. Similarly, liquidation under section 54 of IBC requires dissolution of the corporate defaulter, whereas Regulation 32 of the Insolvency and Bankruptcy Board of India (Liquidation Process) Regulations, 2016 provides for the sale of the assets of the CD during liquidation.

The main agenda of the Committee of Creditors (COC) is to create a resolution plan within the stipulated amount of time provided under the Code in order to rehabilitate the company. For the resolution plan to come into force, approval of 75% of the creditors is required and failing which the company would go into liquidation.

Even in the case of liquidation and asset distribution, financial creditors are given priority over operational creditors.

Several MSME suppliers who are classified under operational creditors are at a disadvantageous position under IBC since the COC consisting of financial creditors normally decides to have a massive haircut in the resolution plan.  Also, the process of settlement of the dues of operational creditors goes beyond 180 days in majority of the cases which is against the objective of IBC.

Ironically this also goes against Section 15 in The Micro, Small and Medium Enterprises Development (MSMED) Act, 2006 which mandates that in no case the period agreed upon between the MSME supplier and the buyer in writing shall exceed forty-five days from the day of acceptance or the day of deemed acceptance. The spirit of section 15 in MSMED Act, 2006 is to avoid delayed payments by the buyers to MSME suppliers.

Interestingly section 16 of MSMED Act, 2016 also says the buyer is liable to pay compound interest with monthly rests to the MSME supplier at three times of the bank rate notified by the Reserve Bank for the delayed payments.

It is to be noted here that the financial creditors mainly consisting of banks and Financial Institutions would have made adequate provisions in their books to write off the loss and therefore willing to go for massive haircuts amounting to 90% in recovering their dues under IBC mechanism whereas the MSMEs cannot afford to do the same.

That author suggests that the government should enable the RBI to empower the banks to obtain an undertaking from their borrowers who enjoy working capital facilities stating that as per their monthly declaration if the dues to MSMEs by them exceed 45 days the bank is empowered to automatically debit their account and pay the proceeds to the respective MSME suppliers.

This would not only resolve the delayed payments problem of MSME suppliers once for all but would also save the MSME suppliers from being at the mercy of COC under IBC mechanism and finally ending up getting less than 10% of their dues and that too with a lot of delay which is beyond 180 days!

Time frame for resolution under IBC

NCLT had taken a view in a judgement in 2020 that an application to withdraw from the resolution plan was permissible. However, the Supreme Court put the matter to rest by saying, “The existing insolvency framework in India provides no scope for effecting further modifications or withdrawals of CoC-approved resolution plans, at the behest of the successful resolution applicant, once the plan has been submitted to the adjudicating authority “while disposing a bunch of petitions on this issue.

The Supreme Court also reiterated in this regard saying “Since the 330 days outer limit of the CIRP under Section 12(3) of the IBC, including judicial proceedings, can be extended only in exceptional circumstances, this open-ended process for further negotiations or a withdrawal, would have a deleterious impact on the corporate debtor, its creditors, and the economy at large as the liquidation value depletes with the passage of time,” said the court.It may be pertinent to note that more than 20,000 cases have been pending with NCLT as on December, 2020 with amount involved of Rs.9,20,000 Crs!

To have a benchmark for the quantum of the haircuts comparable to global standards so that the overall recovery rate is improved.

To setup an Institute of Resolution Professionals similar to that of ICAI as a professional self-regulator for RPs for resolving the conflict of interest between the multiple regulators viz., IPA (Insolvency Professional Agencies) IBBI.

To introduce a professional code of conduct for the COC in order to eliminate the arbitrariness in exercise of discretion.

IBBI to frame guidelines for the selection of the RPs (Resolution Professionals) rather than leaving this to the discretion of the COC.

To suitably amend the IBC so that no post adhoc bids are allowed during the resolution process and the COC s discretion of accepting late and unsolicited resolution plans are effectively regulated.

NCLT to accept the resolution plan within 30 days and transfer the control to a resolution process within this time frame of 30 days so that the defaulting owners do not have the scope to divert the funds leading to rapid value erosion.

To appoint NCLT members who are at least honourable high court judges so that the judgement quality can be improved and the issue of judgments of NCLT being over turned by NCALT and Supreme Court can be addressed obviating the delay in resolution and recovery.

Let us hope that the government will look into the recommendations of PSC and pass suitable amendments to the IBC Code at an early date to strengthen the mechanism of resolution of the dues of the corporate debtors thereby doing justice to all the stakeholders involved in this process.