From the Court of the People to People’s Court 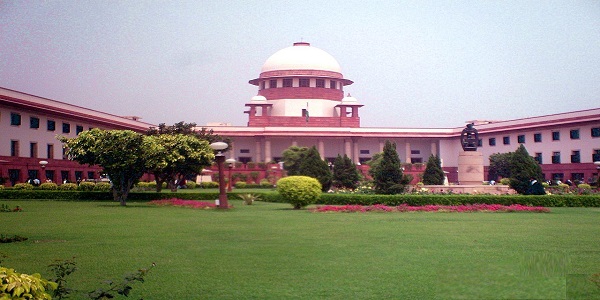 When this author wrote the article “Judicial Reforms in Bharat- A Common Man’s Perspective on 5th May, 2016″, little did he expect that very soon a day will come where the four senior most judges next to the Chief Justice of Bharat, in the highest court of the people of Bharat i.e. the Supreme Court, would approach the people’s court airing the views that the administration in the apex court is not in order and “ many things less than desirable” have happened in the past few months.

The constitution guarantees the basic rights of the citizens and assures the remedies there for. People’s right to access to justice is a fundamental human right as set out in Article 8 of the Universal Declaration of Human Rights, which says “Everyone has the right to an effective remedy by the competent national tribunals for acts violating the fundamental rights granted him/her by the constitution or by law.”

Fundamental rights are not absolute or uncontrolled and are subject to reasonable restrictions imposed by the state for the protection of the general welfare. Therefore, the three limbs of the government including the judiciary may function independently, but their independence is not unquestionable or unaccountable as it goes against the principles of democracy and nor does the Bharatiya constitution bestow absolute power without accountability to the three limbs of the government.

V.R. Krishna Iyer rightly said on 12th May, 2007 in The Hindu in his opinion column on Judicial reforms in the Indian Context, “Even free speech, a fundamental right, is subject to the contempt power. This means there is paramountcy for the jurisprudence of judicial action, which imparts a practical guarantee to the civil rights of citizens.” In the same article he further says, “The highest court, with the most powers and the amplest immunity, should suffer public scrutiny and criticism from a constructive angle.”

Therefore, when the four senior most judges next to the CJI of the apex court went to the public court on 12th January, 2018, they did not jump the gun but did it on no choice basis as they had already exhausted the other options available to them, claiming two months ago they had written to CJI in this regard.

Justice Chelameswar, who is the senior-most judge next to CJI, while speaking on behalf of all these four senior most judges also said they had met the CJI on 12th January, 2018 morning too in regard to listing of a case before going for the press conference, but could not convince him. “Even this morning, on a particular issue, four of us went and met the Hon’ble Chief Justice of India with a specific request which we could not unfortunately convince him that we were right. Therefore, we were left with no choice than to communicate it to the nation that please take care of the institution and take care of the nation, because we have heard a lot of wise men talking in this country earlier.”

In this context the author is reminded of the following words of Justice V.R. Krishna Iyer on 12th May 2007 when he said, “The supremacy of the judiciary, its finality and presumed infallibility, make it obligatory to control its operation by a sublime instrumentality accessible to the people.” Though some experts have said that the act of these four senior most judges of the apex court amounts to an act of contempt and violation of their Code of Judicial Ethics, if one goes by the intent behind their going to the people’s court one would appreciate that it was not a revolt against the CJI but an honest confession about the less than desirable way of the administrative functioning of the apex court.

In other words, their silence would have led to suppression of things that would have resulted in doing greater harm to the country and its democracy in the days to come.  This also underscores the fact that there is an urgent need for the collegium members to fine tune the existing mechanism in order to bring greater transparency, accountability and fairness in the functioning of the judiciary to restore the faith of the people.

No freedom or right is absolute and along with it comes an element of responsibility and accountability as well. This is the basic principle of the constitution and being one of the important organs of the government the judiciary does not need to be reminded about it by a common man. Therefore, it is high time the judiciary realizes this and makes necessary amends to ensure that in future incidents of 12th January, 2018 are totally avoided. In this context there is also an urgent need to address the following issues to bring a transformative change in the functioning of the judiciary.

Piling up of Cases

The perception of the common man is that there is an inordinate delay in dispensation of the justice when one goes for redressal of disputes. If one looks at the volume of pending cases in the courts in Bharat it is really disturbing.

Viewed from the context of the large number of pending cases , the common man’s perception that the judiciary enjoys the luxury of vacation during summer and other occasions while the pending cases are piling up like a Himalayan mountain seems to be a fair one.

A glance on the calendar of the Supreme Court for 2018 indicates summer vacation- 43 days, Christmas and New Year holidays – 19 days, in addition to another 71 days holiday due to Sundays and other festivals (total holidays in the year add up to 133). Similarly, the High Courts and lower courts also enjoy nearly 120 – 130 days as holidays in a calendar year.

One would agree that summer vacation and Christmas holidays are the legacy of the colonial rule that the judiciary of Bharat has inherited. Considering the 3 crore cases that are pending in various courts across the country it is high time that the honourable judiciary discontinues the colonial practice of summer and Christmas vacations. This will reduce the number of holidays by 50- 60 days to Supreme Court and the High Courts and nearly by 35 days to the lower courts. The judiciary could explore the possibility of working 7 days a week ( particularly in the lower courts where the pending cases are very large in number) and permitting one third of the staff to take a day off as weekly holiday on three separate days in a week, so that the courts function all the 7 days in the week. These measure would help in bringing down the number of pending cases substantially. However, this requires the support of Bar Council of India, Bar Associations of Supreme Court, High Courts and District Courts, and it appears that majority of the lawyers are not in favour of this move.

“The US Supreme Court decides about nine cases in a year sitting together while its Indian counterpart handles over 2,600. India had about 19,000 judges, which was ‘grossly inadequate’ for a country of over a billion which had seen an explosion in litigation.” The above words are expressed by the then CJI T.S.Thakur at a joint conference of chief ministers and high court chief justices in New Delhi on 24th April, 2016. As per the Law Commission of India (1987 report) the judge-population ratio in Bharat was only 10.5 judges per million population (it is now 12 judges per million) while the ratio was 41.6 in Australia, 50.9 in England, 75.2 in Canada and 107 in the United States. The Commission recommended in 1987 that Bharat required 107 judges per million population. It also suggested that the judge strength could be raised five-fold (to 50 judges per million population) in a period of five years, i.e., by 1992.

Unfortunately, after nearly three decades, today the judge –population ratio in Bharat is still at an abysmal low level of 12 judges per million population!!! The infrastructure is very low particularly at the lower courts because of lack of effective co-ordination between the high courts and the respective state governments in sharing the information and allocation of adequate financial resources on timely basis.

Under the e-Courts Mission Mode Project (MMP), it is proposed to implement ICT in Bharatiya judiciary in 3 phases and expected to be completed by 2021. The MMP aims to develop, deliver, install, and implement automated decision-making and decision-support systems in 700 courts across Delhi, Mumbai, Kolkata and Chennai; 900 courts across 29 State/ Union Territory capitals; and 13,000 district and subordinate courts across the Nation.

This should ideally lead to a stage where the exchange of information/ documents from various ministries and departments of the government (both Centre and States) and the judiciary are done by internet through secured gateways online and on real time basis as per the requirements of the various cases that are under consideration of the judiciary. This would substantially reduce the time needed for submission of the required documents and running from pillar to post by the parties to the dispute.

This is not an impossible task if one looks at the banks, railways and post offices in Bharat who have successfully migrated from manual processes to complete automation that provide the services to their customers on line, anywhere and  also any time (by banks and railways). Our NIC is highly capable of achieving this task for the Bharatiya Judiciary and the only constraint appears to be financial resources. This has to be resolved by the judiciary and the government at an early date in public interest.

Judiciary gets revenues from court fees, fines and costs. However these revenues go to the government’s funds. It is high time that judiciary should have a greater say in allocation of funds in the budget by the government rather than going by the adhoc and arbitrary approach of the government that lacks consistency. The Judiciary should have an active role in negotiating with Niti Ayog and Finance Commission in annual budgetary allocations as well as appropriation of its revenues, and there should be a system in place for this.

For the High Courts and lower courts a similar system should be in place in the States.  Sathasivam, former Chief Justice of Bharat had in his farewell speech said “Budget allocation for judiciary is a serious concern. In so far as the Supreme Court is concerned, the government is not providing sufficient budget and, time and again, the Chief Justice has to intervene to seek sufficient allocation of Budget.“ The central and state governments also have an obligation in this regard to provide adequate infrastructure, manpower and financial resources to the judiciary on timely basis to address the above issues.

As rightly said by Justice V.R. Krishna Iyer in 2007, “The judiciary now functions without check, except impeachment in Parliament. But that involves a political process.” He strongly recommended having a performance commission as a machinery to guarantee the good performance of the judiciary. The five wise men of the present collegium may evolve a suitable mechanism (let it be by whatever name), perhaps by listening to the wisdom of thoughts of the rest of the judges of the apex court and judges of all the high courts to restore the glory of judiciary.