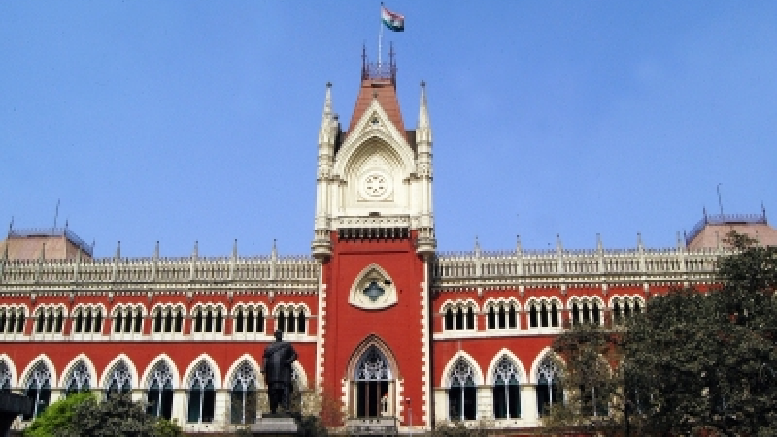 The opaque workings of Bharat’s judiciary are a serious obstacle for a country which aspires to be an emerging power. In a fresh blow to this important institution, judges of Calcutta High Court (HC) are at loggerheads with each other.

Calcutta HC Abhijit Gangopadhyay (Ganguly) has sought the Chief Justice of India’s intervention after all single-judge bench orders in teaching and non-teaching staff recruitment scam were stayed by a division bench of the HC. Serious allegations had been levelled in this scam against the selection process of the West Bengal School Service Commission (WBSSC) and the panel constituted by it.

The Division Bench comprising Justice Harish Tandon and Justice Rabindranath Samanta had in December 2021 quashed Justice Gangopadhyay’s order which had directed the Central Bureau of Investigation (CBI) to conduct a probe into the non-teaching staff recruitment scam. The Division Bench instead set up a Judicial Inquiry Committee (cost to be borne by WB govt) to probe the matter, observing that ‘CBI investigation is needed in serious cases where the state government or agency is not investigating properly’.

Subsequently, in February, the Division Bench had again imposed a stay for 2 weeks on Justice Abhijit Gangopadhyay’s order wherein a similar CBI probe had been ordered into the non-teaching staff recruitment scam. Thereafter, the Division Bench had extended the interim order granting stay for a period of 4 weeks after noting that the record reflects a ‘shocking state of affairs’ in WBSSC pertaining to the alleged illegal recruitments.

On March 2, Justice Gangopadhyay again ordered a CBI investigation, this time into the irregularities in the appointment of teachers in Government-aided schools. Candidates were given appointment despite their names not being there in the merit list. A candidate (Sheikh Insan Ali) who couldn’t qualify the Teacher Eligibility Test (TET) 2016 got appointed as history teacher in a Murshidabad school. This order too was stayed after the WB govt approached the Division Bench.

On March 25, Justice Gangopadhyay directed S.P. Sinha, former Advisor of the WB School Service Commission (SSC) and the Convenor of the Five-Member Committee constituted by the Education Department to disclose in an affidavit details about his assets after suspecting corruption during the recruitment of staff in different schools by the SSC in recent years.

Although the Division Bench declined to issue a stay on this order, it directed Sinha to file the required affidavit of assets in a sealed cover, not to be divulged or circulated to the litigating parties or their counsels.

In light of this, Justice Gangopadhyay has sought the CJI’s intervention and also issued an administrative order in which he questions how the division bench stayed the CBI probe order in the last four cases. In this order, he has made several scathing remarks against the observations made by the Division Bench:

“(i) My observations made in the order dated 25.03.2022 has been declared by the said appeal bench as tentative. How this declaration is made and why, is not known. There is no reason. Thus, this courts observation has been diluted.

(iv) The appeal court held that, we do not find any element warranting interference at this stage but after holding that there is “no element warranting interference”, the appeal court interfered in the order and held: “The affidavit of assets shall remain in a sealed cover and shall not be divulged or circulated to the litigating parties or their counsel. That shall be appropriately dealt with at the time of final decision to be taken on the issues involved therein.”

I do not know what this court will do with a sealed cover in this proceeding when the hand of this appeal court has been tied by the above observation. I have been prevented from taking any consequential step on going through the said affidavit of assets. It is also not understood by me that how at the time of final decision the sealed cover would be appropriately dealt with as for dealing with the said sealed cover supposedly containing the affidavit of assets other steps were required to be taken for adjudication by this Single Bench but I have been prevented by the Division Bench‟s order.

I find that the Division Bench has fixed a course of action to be followed by this simple judge. There is absolutely no reason why I have been prevented in such a manner.

In a sense the hands of the Single Bench has been tied though it has been stated by the appeal court
that it does not find any element warranting interference with the said order at that stage. This is – I
am sorry to say – a highest degree of double standard expressed by the appeal court for the reasons best
known to it. But to maintain judicial discipline I have to accept such order.

I also do not understand who would be benefited by tieing up the hands of the Single Judge when it has
been made clear in the order dated 25.03.2022 that “this court has found that there are serious illegalities in giving recommendations to ineligible candidates and the tip of the corruption–iceberg in issuing illegal recommendations is seen which is getting gradually bigger‟.

However, when my hands are tied from taking further steps, after receiving the affidavit of assets I will
not be able to proceed with the same. I do not understand what a court of law will do with a sealed
envelope containing therein some papers which could be affidavit of assets.

Several legal luminaries, including serving and past Supreme Court judges, have spoken against the unaccountable collegium system through which judges select themselves. This system, many believe, has led to corruption and nepotism at the highest levels of our judiciary. We have seen judges from Bengal recuse themselves from hearing post-poll violence cases, and sudden transfers of judges as well.

All this shows that the judiciary needs major reform to make it more accountable and effective, and to rid it of the malign influence of the left-liberal Lutyens’ lawyer, media and intelligentsia mafia.