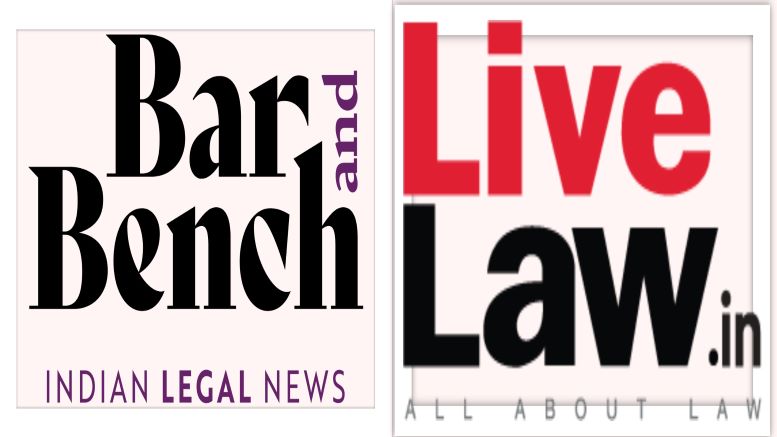 That legal sites LiveLaw and Bar&Bench have often displayed their Hindumisia is not surprising in view of the fact that the judiciary itself suffers from a healthy dose of Hindudvesh and colonial hangover. However, these sites have gone a step ahead by supporting hijab for girls in school. It hardly needs to be reminded that they had left no stone unturned in defaming Sabarimala and its long-standing traditions.

After the Karnataka High Court verdict upholding the state government’s decision to not allow hijab in classrooms, Islamo-fascists began their usual agenda peddling of minorities being under threat. Even the USCIRF put out a tweet against the verdict. Certainly, there is no hijab ban in the country nor are Muslims being targeted as suggested by the cabal. However, a deliberate narrative of ‘Islamophobia’ being promoted has been created by vested interests.

While the role of Islamist organizations and the left-liberal cabal is all too well-known, the role played by legal sites LiveLaw and Bar&Bench in spreading misinformation needs to be examined. Bringing forth how both legal sites have been peddling the pro-hijab agenda, OpIndia says:

The platform, which claims to be #1 in the world, has to be cognisant of the stands they take, or, at the very least declare their own bias so the readers know where they come from. However, that is not the case.

Manu Sebastian, who is the Managing Editor of LiveLaw has been pushing the pro-Hijab agenda rather aggressively from his personal Twitter handle and that stand reflects in the kind of content LiveLaw is publishing as well…

…On the 15th of March, one Anas Tanwir, advocate on record in Supreme Court, tweeted that he, along with others, has filed an SLP against the Karnataka hijab verdict.

…One of the people mentioned was one Areeb Uddin. Upon closer examination, his close association with Bar&Bench reveals itself.

…While Areeb said that he was no longer a reporter at Bar&Bench and his last date of March 11th, one of the reports by him on the platform was on the 14th of March 2022…

…Not just Areeb, there are other reporters from Bar&Bench who have been pushing the pro-Hijab agenda.

…It would certainly appear that LiveLaw and Bar&Bench have a problem of either bad recruiting or slant towards Islamists and Leftists rather categorically and as an editorial policy.

Even though their agenda is crystal clear, these platforms often adopt various strategies to appear neutral. It would be interesting to note that former SC judge KT Thomas, who once said after the army it was RSS that keeps us safe and also praised the organization for freeing the country from emergency, served on the advisory board. Similarly, it also has the likes of Raju Ramachandran, a Nehruvian liberal who wanted Sanjiv Bhatt’s allegations against Modi to be ‘tested in court’.

No doubt a variety of opinions need to be encouraged but that cannot be used as a smokescreen to push a one-sided propaganda. These sites simply try to hide their agenda by getting people from a wide spectrum on-board to present an appearance of diverse views which might be difficult for the layperson to understand. However, a close scrutiny of the manner in which they present news or report legal issues, gives them away. Another important point is personal biases shouldn’t interfere with objective reporting.

Equally interesting are the sources that fund these sites. LiveLaw receives funding from IPSMF which is the same body that funds to portals such as Wire, Caravan, Print, AtlNews. Not surprisingly, the organization monkey balances funding these anti-Hindu sites by giving a minor grant to Swarajya as well. The entire game is to peddle their agenda while creating the perception of being

Such bias stems from the fact that education is tightly controlled by left-liberal academia and there is no indigenous grounding. However, to give credit where it is due, one thing these sites must be applauded for is revealing the inner-workings of our courts by tweeting about the proceedings in real time.

“Even though television cameras are banned inside courts, these publications offer updates in near-real time with their live tweeting about proceedings. In addition, they are valued for the speed at which they upload not just court orders and judgments but also the petitions and pleadings of a case – resources that were available, until recently, only to the lawyers in the particular matter,” notes The Scroll.

These sites must remember that with success comes responsibility and bringing in biases in reporting can destroy their credibility.