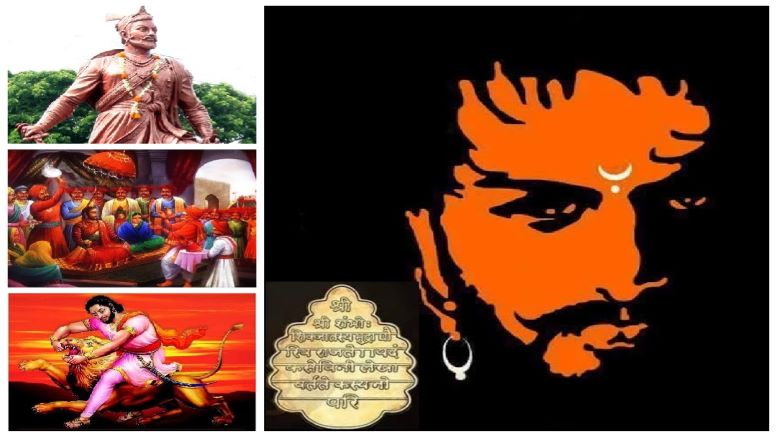 Maharashtra has been blessed with great warriors, freedom fighters and saints who strived for the country and Hindu dharma at a time when Bharat was overrun by Islamic Jihadists in the form of Mughal Sultanate, Siddis and Adilshahis on the one hand and Christian evangelists such as Portuguese, English and Dutch on the other. One of the brightest among those who not just lived but also gave up his life for Dharma was Chhatrapati Sambhaji Maharaj born on 14th May 1657 in the fort of Purandar to Sai Bai and Chhatrapati Shivaji Maharaj.

Having lost his mother when he was a little over two years old, young Sambhaji was brought up under the guidance of his paternal grandmother Jijamata. It is to her credit that young Sambhaji grew up with the same values and culture instilled in Chhatrapati Shivaji Maharaj. His love for Swarajya and dharma as well as his hatred for foreign domination was visible right from his young age. He stepped into politics when he was merely 8 years old and was sent to Mirza Raje Jaisingh as ‘surety’ in accordance with the Purandar treaty on 18th June 1665. It takes extraordinary courage to put oneself in the enemy camp and that too ‘single-handedly’ at an age when children usually play and enjoy themselves. Everybody including Mirza Raje was astounded by the intelligence and bravery of Sambhaji Raje.

This bravery was on display the very next year when he visited Delhi with Chhatrapati Shivaji Maharaj to attend the 50 birth year celebrations of Aurangzeb. Once while attending the royal court of Aurangzeb as Chhatrapati Shivaji’s representative, Aurangzeb called upon Sambhaji Raje to wrestle with his wrestlers as he had heard that Raje was adept in wrestling. The latter flatly refused stating that he would wrestle only with ‘his equals’ and none in Aurangzeb’s court matched up to him. Now if that’s not courage, then what is? His escape from Agra is yet another historic moment. At just 9 years old he covered a distance of 1300 kilometres in disguise through forests, rivers, hills and while being pursued by Mughal soldiers. All of this shows his physical prowess as much as his bravery.

There is no doubt that he was a child prodigy who excelled in the Shastras. By the time he was 9 years old he had mastered as many as 9 languages (16 as per some accounts but not verifiable) including Sanskrit, Marathi, Urdu and Persian among others. He also became an expert in economics, politics, Dharma Shastra, philosophy (Niti Shastra) and warfare techniques as well. He was as adept with the sword as he was with the pen and he proved this when he was a mere teenager. At the age of 14 he wrote three books including the Sanskrit text ‘Budhbhushan’ and led the Maratha forces to invade Khambayat (Khambhat) in Gujarat in 1672 when he was just 15 years.

Hindus have been unfortunate enough to lose many of their heroes not to external enemies on the battlefield but to betrayers within their ranks. What Aurangzeb and his 5 lakhs strong armed force couldn’t achieve was facilitated by Chhatrapati’s own people including brother-in-law Ganoji Rao Shirke and four others out of greed for ‘watan’ (land). Suffice here to say that both Chhatrapati Sambhaji Maharaj and his close friend Kavi Kalash were subjected to inhumane torture by the Islamic fanatic Aurangzeb. Aurangzeb offered to release Chhatrapati Shambu Raje if 1) he accepted to become a Mughal Vassal after handing over Maratha kingdom to him 2) returned all wealth looted from Mughals and 3) converted to Islam. Chhatrapati straightaway refused to hand over his kingdom and give up his religion. Chhatrapati Sambhaji Raje said that no matter what Aurangzeb did, he would never give up his religion and he would not just choose death over conversion but even be reborn as a Hindu.

At the end of 40 days of torture which included plucking out their nails, throwing chilli powder in their eyes, blinding, chopping off his tongue, fingers, toes, hands, pulling out their hairs, skinning them alive and pouring salt water after skinning; Aurangzeb found himself on the losing side despite capturing ‘Chhatrapati Sambhaji’ through deceit. The mere thought sends shivers down our spines and is sure to make the reader teary eyed but Chhatrapati was a lion in the real sense of the term and bore everything bravely. Till the last moment he refused to bow down before Aurangzeb and flatly refused to accept his offer. His fight for Dharma and refusal to give it up at any cost earned him the title ‘Dharmaveer’ (one who stands for Dharma).