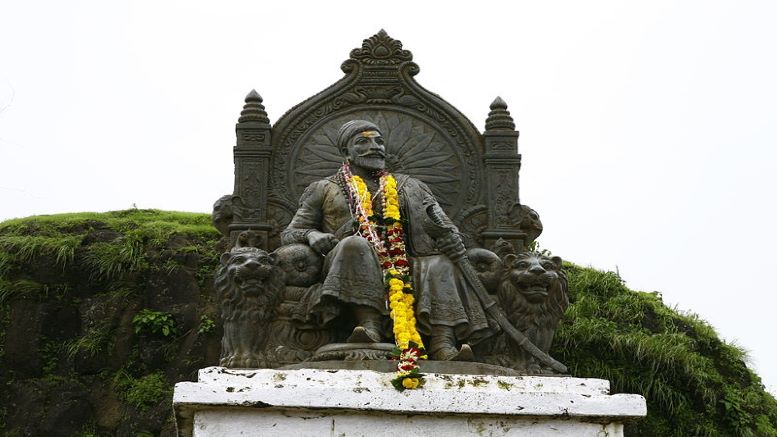 Slavery has been the bane of human history where native populations have been treated with not just disdain but in the most inhumane manner by those who wielded power. However, Maratha Empire under Chhatrapati Shivaji Maharaj has the credit of being the first empire to abolish slavery as practiced by European invaders in Bharat.

Both Islamists and Europeans who gained power as rulers in Bharat practiced the most inhumane form of slavery. In this light, we shall take a detailed look at the institution of slavery, and study the Maratha initiative of abolishing slavery undertaken by Chhatrapati Shivaji Maharaj as part of his administrative reforms.

Slavery under Islamic and European powers

It was the Islamic rule under which actual slavery was witnessed in the Bharatiya subcontinent. Prisoners of war were often kept under the watchful eyes of armed guards with their hands and feet chained. Such traumatic conditions were created that they eventually submitted. The subjugated prisoners were made slaves, converted, and sold. Islamic rule was characterized by slavery that was one of the major reasons for the rise in the Islamic population of Bharat.

Women of royal birth who were enslaved by Mohammad Bin Kasim were either sold or ‘presented’ to others by him. Females who were enslaved were often forcibly converted and married off to Arabs. Even Mahmud Ghaznavi enslaved several thousand Hindus who were eventually forced to become Muslims.

The arrival of Europeans in Bharat as traders and the setting up of the East India Company by them brought several of their practices to Bharat. That the Europeans slowly gained political power is all too well-known and this helped them in ‘controlling’ the natives.

To understand how natives in Bharat were treated we must first learn about slavery as it existed in medieval Europe. In medieval Europe, slaves were both Christian and Pagan with the latter being treated with greater disdain.

The bias that the Europeans (both colonial powers and missionaries endorsed by them) had towards Pagans was brought to Hindu Bharat by them. Hindu Dharma was denounced as a Pagan religion by the colonizers who believed that those practicing any form of Pagan religion were ‘evil’ and needed to be subjugated as well as ‘civilized’.

It must, however, be mentioned that Islamic powers that gained a foothold in Bharat also practiced chattel slavery like the subsequent European powers did because both Islam and Christianity enslave those who weren’t adherents of the two Abrahamic religions.

Slave trade was also practiced by the Portuguese, Dutch, British, and French. British government actively encouraged the slave trade thereby making England the leading slave traders in the eighteenth century. Not just the government but the English society including the church, royalty, and the common English citizens favored the slave trade as well. With such overwhelming support for slavery in Britain, it is no wonder that Bharatiyas were subjected to this cruel form of subjugation.

The Maratha Empire’s administrative machinery ranks as one of the best as it gives us a glimpse of not just Chhatrapati Shivaji Maharaj’s far-sightedness but also Hindu administrative practices from earlier times that had been incorporated by Shivray.

Chhatrapati Shivaji Maharaj’s coronation came as a blessing for the indigenous Hindu population. One of the fundamental principles of Shiv Chhatrapati’s government was that none of his subjects could be made slaves, much less being sold or transported.

In this regard, Herbert De Jager who worked as the ambassador with the Dutch East India Company (VOC) notes that in Chhatrapati’s qaul (permit) all privileges granted by Sher Khan on behalf of Bijapur were confirmed except the right to buy and transport slaves “since he has established as a fundamental rule of his government, that none of his subjects may be made into slaves, let alone be sold or transported”.

In the same qaul issued to Jager, Chhatrapati makes it amply clear that the slave trade wouldn’t be tolerated at any cost.

“In the days of the Moorish government, it was allowed for you to buy male slaves and female slaves here [the Karnatak], and to transport the same, without anyone preventing that. But now you may not, as long as I am master of these lands, buy male or female slaves, nor transport them. And in case you were to do the same, and would want to bring (slaves) aboard, my men will oppose that and prevent it in all ways and also not allow that they be brought back in your house; this you must as such observe and comply with”.

Chhatrapati Shivaji Maharaj put an end not just to the slave trade and slavery but also to the slave mentality that had plagued Hindus.