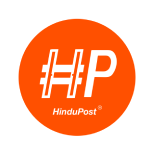 Chhatrapati Shivaji Maharaj’s mavals were brave gems handpicked and trained by him. Each battle fought by the Marathas stands testimony to their bravery and sacrifice for the cause of Hindavi Swaraj.

Every mavala considered the service of Dev, Desh, Dharma as his supreme duty taking inspiration from their leader – Chhatrapati Shivray himself! The battle of Ghodkhind (Pavankhind) is the tale of one such mavala Baji Prabhu Deshpande’s valor and supreme sacrifice.

Another brave mavala who deserves mention in this battle is Shiva Kashid who doubled up as Shivray to mislead Siddi Jauhar and his men thereby allowing Chhatrapati Shivaji Maharaj to escape the Panhalgad siege.

Background to the battle

While Adilshah was still to recover from the Afzalkhan’s death and rout of his army at the hands of Shivray, the latter dealt another blow to Bijapur by capturing Panhalgad. An enraged Adilshah dispatched his sardar Siddi Jauhar with a huge army to recover the fort from the Marathas.

Siddi Jauhar laid siege to Panhalgad accompanied by Afzalkhan’s son Fazalkhan and a large army in tow. As monsoon was approaching Shivray expected Jauhar to lift the siege during the monsoon season. However, contrary to his expectations, Jauhar only tightened the siege during the rains.

It now became imperative for Chhatrapati to leave the fort as the supplies were running short and Jauhar wouldn’t budge. The Marathas weren’t in a position to fight but Chhatrapati Shivaji Maharaj was known not just for his military prowess but also his administrative skill and cleverness which helped him escape difficult situations such as this.

A plan was worked out and accordingly, Shivray sent a message to Jauhar saying he would surrender the fort. Jauhar and his men were equally tired of the battle and were elated with this offer of surrender. They let their guards down and began indulging in merrymaking.

As per the plan, Shivray would escape in a palanquin through a difficult route while Shiva Kashid dressed as Chhatrapati would leave by another palanquin through the raj-dindi that would purposely attract the attention of Jauhar’s forces.

Shiva Kashid was Maharaj’s hairdresser who was both courageous and shrewd. He instantly agreed to keep the enemy forces engaged thinking they had captured Maharaj and thereby give Shivray time to safely escape the siege.

The plan was put to action on a dark rainy night when the palanquin carrying Shiva Kashid proceeded through the raj-dindi and was captured by Jauhar’s soldiers. Celebrations broke out among Jauhar’s troops at the thought of Shivray’s capture. In the meanwhile, Maharaj along with Baji Prabhu Deshpande and a few others accompanied by Bandal Deshmukh troops proceeded through the difficult route.

Siddi realized that he had been tricked and it was Shiva Kashid who had been caught while Shivray had escaped. Enraged, he put Kashid to death and dispatched an army under the command of Sardar Siddi Masaud to capture Shivray. Kashid’s heroic sacrifice has immortalized him in the history of the Marathas – one of the several gems in Shivray’s treasury!

Siddi’s troops caught up with the Marathas at the Pandharpani stream at dawn. However, Shivray and his troops managed to make it across the Ghodkhind pass. The pursuing enemy troops were close at heels and it was only a matter of time before they caught with Shivray and his men.

Maharaj realized that the enemy would catch up with them before they reached Vishalgad. Faced with a dilemma, Maharaj said to Baji Prabhu “Baji the enemy is close at our heels. We won’t be able to reach Vishalgad. Let us turn back and face the enemy”.

Baji Prabhu replied “Maharaj, you proceed to Vishalgad with some of our soldiers. I’ll defend the pass and ensure that the enemies don’t cross it till you reach the fort safely. I will lay down by life if need be. If one Baji dies several others can take his place but none can replace you. Swaraj needs you”.

Maharaj was moved by Baji’s devotion and had no heart to sacrifice this gem of a mavala but he was running short of time. He told Baji that they would speed towards Vishalgad and reach it as fast as they could. Once they reach the fort, the guns would be set off which would be a signal for Baji and other Marathas to abandon the pass and head towards the fort.

As Maharaj left for the fort, Baji readied himself to take on the enemy. He divided the mavals into small groups and positioned them in strategic points. The Marathas had gathered stones and boulders to use as weapons. Led by Baji Prabhu, they stood like a rock ready to defend their Maharaj and lay down their lives if necessary only for the lofty ideal of Swarajya.

Baji Prabhu motivated his troops and said “My brave men, be prepared. You may die fighting but don’t desert your posts. Whatever be the price, do not allow the enemy troops to capture the pass”. These inspirational words filled the mavals with enthusiasm and they stood bravely at the mouth of the pass awaiting the enemy.

In the meanwhile, Maharaj was speeding towards Vishalgad. However, it would take him another two hours to reach the fort. Baji Prabhu had to make sure he and his men hold out for two hours to ensure the safety of both Shivray and the Maratha kingdom.

As Maharaj was making his way towards Vishalgad, Jauhar’s men reached the mouth of the pass where a fierce battle ensued between them and the Marathas. The Marathas launched an attack from the hilltops. They rained stones and boulders on the enemy troops killing several of Jauhar’s men. The first batch of enemy troops withdrew and was replaced by a second one.

Baji Prabhu led from the front while constantly motivating his men and egging them on. The Maratha war cry “Hara Har Mahadev” echoed through the hills as the second set of enemy troops was also decisively defeated.

On the other hand, Maharaj who had reached the foot of Vishalgad had to fight a batch of enemy troops that had besieged Vishalgad. He cut through the enemy ranks and began making his way to the fort.

Baji Prabhu was holding the enemy ranks in an intense battle. After two of his troops were defeated, Siddi Masaud organized the third troop and dispatched them so as to break through the defenses of Baji Prabhu and his men.

But Marathas weren’t ones to give up so easily. Baji Prabhu showed extraordinary courage and engaged the enemy even as he was wounded and soaked in blood having been attacked from all sides. At the same time, he kept motivating his men who yet again defeated the enemies.

Baji Prabhu said “Maharaj has reached Vishalgad. I have done my duty and can now die in peace” and breathed his last. Maharaj was greatly pained with the news of Baji’s death and exclaimed “Baji laid down his life for Swaraj. The Bandals fought bravely”.

The blood of Baji Prabhu and his men who laid down their lives for the cause of Hindavi Swaraj immortalized Ghodkhind as Pavankhind in Bharat’s history.

This battle was fought on 13 July 1660. Our humble tributes to the brave Shiva Kashid, lionhearted Baji Prabhu Deshpande, and the numerous valiant Maratha soldiers who laid down their lives.