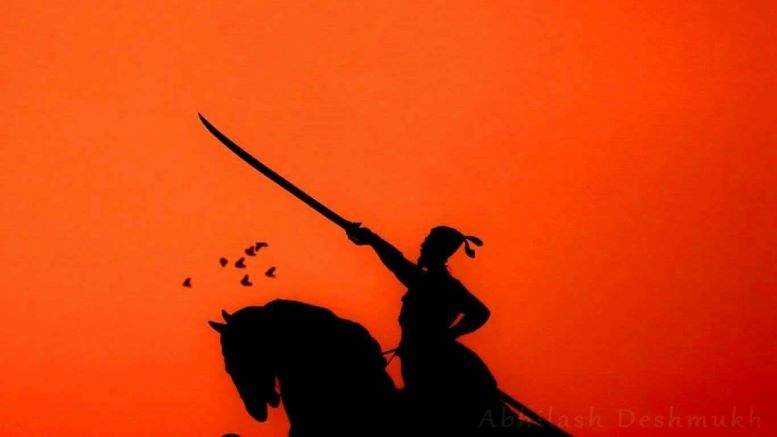 (Read Part 1 of this series on Chhatrapati Shivaji Maharaj here.)

Building an empire from scratch is no mean feat but it is even more difficult to maintain and expand it. However, Chhatrapati was successful in building an empire that started out as a small jagir (estate) covering Poona and surrounding areas and extended up to Thanjavur in Tamil Nadu. This is a testimony to his military and tactical abilities that made him one of the greatest rulers of Bharat.

Chhatrapati Shivaji Maharaj was a military strategist par excellence. He combined many war tactics and strategies to achieve and sustain Swarajya. He adopted different strategies at different times and didn’t shy away from learning from his mistakes. One of the best things about Shivchhatrapati that we all could apply in our daily lives is ‘never repeat one’s mistakes’. He adopted some strategies that he learnt from Dadaji Kondadev and developed some others on his own using his personal war experiences.

Chhatrapati realised very early in his career that in order to device sound military strategies one had to be familiar with the geography of one’s kingdom. When he returned from Bijapur to Poona after spending a few years with Shahaji Raje, the first thing he did was conducting recce of the mountainous and forest regions surrounding Poona along with persons who were familiar with the area right from their birth. He met many local chieftains and men who held important positions during his trips which extended over several nights and days at a time. But these tours were not just about familiarising himself with the local geography. They accomplished an even more important goal of winning over a loyal group of followers and supporters who had complete faith in him and were ready to lay down their lives for ‘Swarajya’.

Marathas were as great warriors as the Rajputs if not more and were employed in the services of either the Mughals or one of the Deccan Islamic dynasties. However, there was enough discontent among them with the Mahomedan government and almost all of them exercised independent authority over their Jagirs. These men often carried on an uncertain war and brigandage among themselves. It is to the credit of Shivchhatrapati that he achieved the impossible task of uniting these warring chiefs under a common flag and gave a definite purpose to their belligerent spirit.

Raje’s excursions of his Jagir had made it amply clear that the ghat region had been neglected by the Islamic rulers and they hadn’t bothered to strengthen the outposts nor maintained sufficient troops on the hill forts for their defence. Maharaj exploited this negligence on the part of the Mahomedan powers and therefore the first task he undertook was making these hill forts and the region and people surrounding them his own.

The first fort he acquired was Torna using his political acumen and diplomacy. His diplomatic manoeuvre won the favour of Bijapur that allowed him to retain the fort. While rehauling and restoring the fort he hit upon a hidden treasure. Using this treasure he transformed the barren mountain of Murbad, strategically located three miles south-east of Torna, into a fortress town with impregnable defences. This fort which housed a spacious palace came to be known as Rajgad. 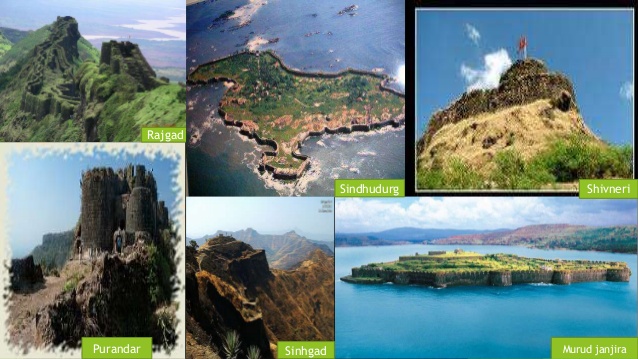 Raje realised very early that forts were the best form of offense and defense. He began executing his plans of Swarajya by acquiring forts in the vicinity of Poona after Torna and Rajgad came under his control. He went on to acquire, build, re-build and rehaul forts at strategic locations. He ensured their proper maintenance and upkeep throughout his reign. He had 370 forts under his command at the time of his death.

Chhatrapati Shivaji Raje led by example and was on the field with his army. Using the extensive knowledge he had acquired about the geography of the areas in and around his Jagir, Raje developed guerrilla warfare techniques which entailed quick surprise raids on his enemies. The idea of this warfare technique was to ensure that maximum damage was inflicted on enemies with minimum losses suffered by his forces. Maharaj always played to his strengths and he knew that Sahyadri was his biggest friend and ally who he used to his advantage.

Chhatrapati Shivaji Maharaj was one of the few emperors to possess a naval fleet. The inability to capture the Abyssinian stronghold of Janjira due to the naval strength of Janjira chiefs pre-empted Raje to raise a strong navy that would penetrate the Abyssinian defences. He invested 10 lakhs in raising a naval fleet which comprised of ships of various kinds and sizes. His naval crew consisted of fishermen, pirates, lascars and other sea-faring tribes.

His navy set forth to encounter the Abyssinians under the command of Mainaik Bhandari and one ‘Daryasarang’ identified by his title alone. This fleet encountered Portuguese, French Dutch and English ships which were raided and thereby the cost of raising the naval fleet was recovered. Despite being strong naval powers themselves, both Portuguese and English paid annual tributes to Raje so as to ensure safe passage of their ships along the west coast which eventually passed into the hands of Chhatrapati from the Abyssinian Siddis.

Although the Raje gained control of the west coast he couldn’t bring the actual fort of Janjira under his command as Siddis sought the protection of Mughals. Raje gave up the thought of undertaking hostilities with the Mughal-Siddi alliance and instead decided to build his own ‘janjira’, a sea-fort so strong that it would keep not just the Siddis but also the local Sawantwadi chieftain as well as the neighbouring Portuguese in check. This fort came to be known as Sindhudurg.

In the course of arranging safe anchorages for his navy, Raje strengthened several maritime forts along the Konkan coast. Raje acquired the fort of Kolaba which was made the naval headquarters of the Marathas. The fleet was used to conduct regular raids on richly laden pilgrim vessels heading towards Mecca and other wealthy fleet plying through the Maratha naval stations. A report of every raid was maintained by the commanding officer of each naval station and periodically submitted to the headquarters at Kolaba.

It is worth mentioning here that the rise of Maratha naval power alarmed the Portuguese so much so that they became the first foreign power to sign an agreement with Chhatrapati promising to pay a fixed amount of arms, ammunitions and other war material as annual tribute in return for safe passage of their merchant ships through the west coast.

We have already mentioned that Chhatrapati was a leader par excellence. He was one who always played to his strengths. Just like he knew that open field war was not his forte, he learnt from his naval expedition to Basnur that he wasn’t cut out for sea travel as well. The sack of Basnur was his first and last sea voyage as he and many of his men suffered from sea sickness during this voyage.

Chhatrapati was a warrior at heart and his military strategies are timeless. He adopted different strategies at different points of time and depending on the circumstances. He was an expert in identifying talented men and enlisting them in his service. He leveraged the geography of Sahyadri to create history and employed every military lesson he learnt from Dadaji Kondadev to establish a kingdom that extended right upto Thanjavur.