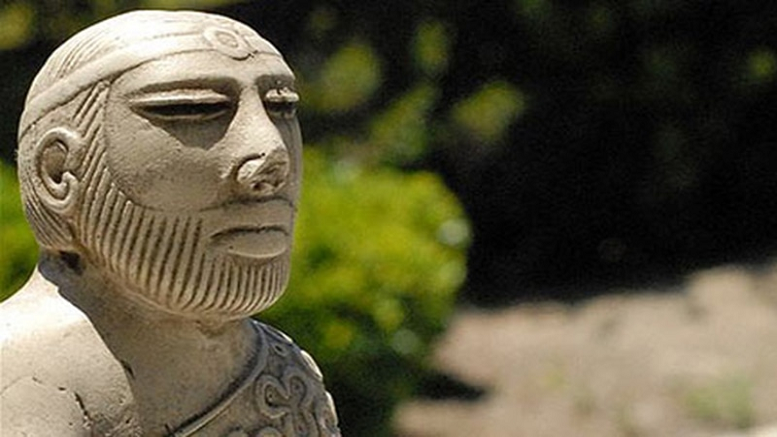 Delivering a lecture online on ‘Rakhigarhi Excavation’,  hosted by the Nehru Science Centre,  Mumbai, he reiterated that studies have been conclusive that the Harappan culture and civilisation was developed by “indigenous people”.

The research from Rakhigarhi, which is part of the Indus Valley Civilisation, also lead to the ‘Out of India Theory’ – and after the paper was presented last year,  it has led to a larger debate.

“There was no Aryan invasion or migration but movement was happening throughout from the beginning of agriculture in South Asia….neither Steppes pastorals nor Iranian farmers  contributed to the South Asian ancestry,” he said.

Located around 150 kms north-west of Delhi, Rakhigarhi  in Hisar district of Haryana, is the focal point of studies of Prof Shinde and his team.
Prof Shinde has lead the excavation team at Rakhigarhi, which has been in the news for quite some time particularly for their findings on the “Out of India”, migration theory which in a way also has suggested that there is a flaw in the Aryan or Steppe migration theory, which has been the established norm until now.

Making a presentation, he said that Bharat in a way is an “ethnic museum”.

He pointed out that the samples collected were taken to the laboratory of Deccan College and subjected to anthropological examination, CT scanning, paleoparasitology, sampling, craniofacial reconstruction, stable isotope analysis and DNA analysis.

According to him,  in Rakhigarhi samples they found that Harappans were not carrying any genetic signatures from Iranian-related ancestry. Genetically, Steppe introgression has not happened until 1000 BCE. Mixing with Steppes was gradual and not sudden and thus rejects the invasion or replacement of the local South Asian with Steppes.

“Most Bharatiyas have read about Harappa and Mohenjo-Daro. It is rather unfortunate that not many are aware of the vast expanse of the spread of the Indus Valley Civilisation, which included many more sites which are now in India. Rakhigarhi is one of them,” said Shivaprasad Khened,  the Director of Nehru Science Centre, Mumbai.

Prof Shinde said that it was also evident that there was a significant movement of Harappans towards Central Asia. There is presence of Harappan-like ancestry in Turkmenistan and Iran contemporary to Mature Indus Valley era. The genetic results also indicate that Vedic knowledge was indigenous and not brought by so-called Indo-Aryans.

(This article was first published on the Deccan Herald on May 10, 2020 and is being reproduced here after minor edits to conform to HinduPost style-guide)