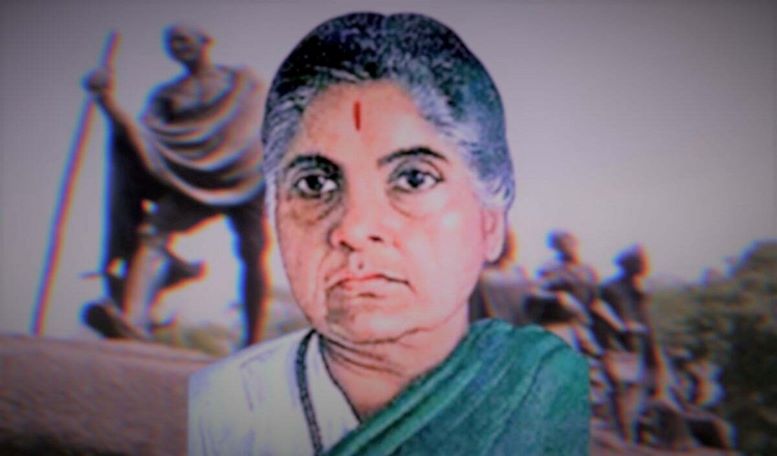 Durgabai Deshmukh was Born on July 15, 1909, in a small village in Andhra Pradesh’s Rajahmundry. She belonged to a Gummidithala Brahmin family. Durgabai Deshmukh went on to be known as the Iron Lady of Bharat. She was a learned and accomplished lawyer, an avid social worker, and a freedom fighter.

Durgabai was married at the age of 8 to her cousin Subba Rao. When she decided to end the marriage to focus on her studies, she got the full support of her family. She joined the Bhartiya freedom movement at a very young age. She quit school when she was 12 years old to protest the imposition of English as the prime medium of teaching. She started the Baalika Hindi Pathshala in Rajamundry to promote Hindi education for girls.

Durgabai was brave even as a child when she volunteered in the Indian National Congress Conference of 1923, which was held in her hometown of Kakinada, where her role was to ensure that no one is allowed to enter without a ticket, she even forbade Jawaharlal Nehru from entering and only let him when a ticket was bought for him.

Contributions to the freedom movement

She led a very simple life, never wore expensive clothes or jewelry, she called herself a satyagrahi and promoted the idea of swadeshi. She religiously took part in the Bhartiya freedom movements like Salt Satyagraha, where she played a big role in mobilizing women to participate in the movement. She was imprisoned three times between 1930 and 1933.

In prison, she studied English and after her release, she completed her B.A. and M.A. in Political Science from Andhra University. She then went on to study law at Madras University, where she obtained her degree in 1942 and practiced as an advocate at the Madras Bar for a few years.

Durgabai understood the hardships faced by Bhartiya women and girls, the discrimination of society, and their limitations. She made a goal to empower women to become self-dependant

In 1936, she established Andhra Mahila Sabha to help young Telugu girls in Madras, in education, health services, and vocational training, for their Matriculation examination conducted by the Banaras Hindu University. Durgabai founded and edited a Telugu journal called Andhra Mahila.

Durgabai was also the president of the Blind Relief Organisation and in that capacity, she set up various schools, hostels, and workshops on light engineering for the blind. She was given the title of Mother of Social Work in Bharat by Indira Gandhi.

She later got nominated as a member of the Planning Commission and it was due to her efforts that a Central Social Welfare Board was established. She became the Chairperson of the board and initiated various programs for the welfare of women, children, and disabled persons in the fields of education and empowerment.

She emphasized the need for separate Family Courts and she was the one who proposed that ‘Hindustani’ (Hindi + Urdu) be made the national language. She highlighted the importance of non-Hindi speakers learning Hindi.

She was also made the first chairperson of the National Council on Women’s Education, established by the Government of Bharat in 1958. In 1963, she was sent to Washington D.C. as a member of the Indian delegation to the World Food Congress.

Durgabai was awarded the Nehru Literary Award in 1971 for her contribution to the promotion of literacy in Bharat. She was awarded the Padma Vibhushan in 1975. The Central Social Welfare Board instituted a yearly award in her name to recognize voluntary organizations for outstanding contributions to women’s welfare and empowerment.

She was also awarded the UNESCO Award for outstanding work in the field of Literacy. She authored a book titled The stone that Speaketh and her autobiography- Chintaman and I, was published a year before her death in 1981.

Durgabai is an inspiration to everyone. She made her voice loud and clear, at a time when women in power were looked down upon and not taken seriously.  Her firm beliefs, conviction to stand by her opinions, and never fear the society are the qualities that made her the Iron Lady of Bharat.