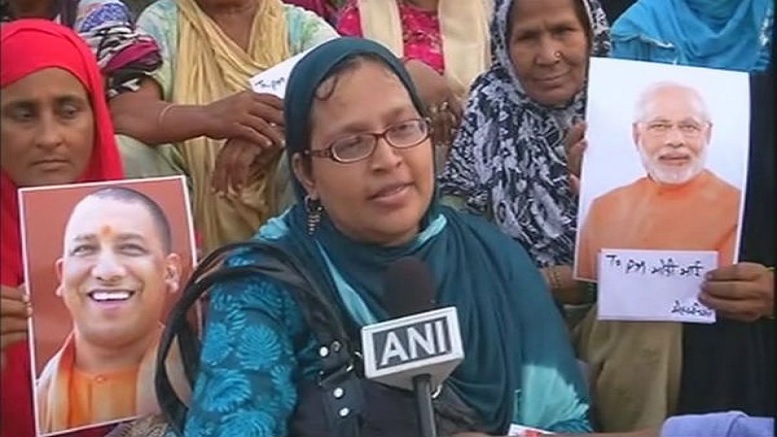 BJP’s victory in Deoband assembly constituency (AC) of UP has again given rise to the dangerous delusion that Muslims are choosing BJP’s development agenda and rejecting religion-based polarization.

Some people got confused that religious demography of Deoband city and Deoband tehsil (AC) are the same. Deoband city has over 70% Muslim population, but in Deoband AC their number drops to 40%. BJP candidate Brijesh Singh won this seat against his nearest rival Kartikeya Rana of SP by winning 38% of the total votes. BSP’s Choudhary Rajendra Singh came third.

A section of BJP supporters, including some high-achieving NRI Hindus, have grown defensive over the years due to the incessant propaganda by Lutyens’ elites and left-liberal-secular voices that BJP is ‘anti-Muslim’. Hence, they feel the need to prove otherwise at the slightest opportunity, and this BJP victory in Deoband (a city renowned for the fundamentalist Sunni Darul Uloom Deoband seminary) started getting traction as an example of how PM Modi’s message of ‘sabka vikas, sabka vishwas’ had trumped the usual divides of Bharatiya politics.

The fact remains that Muslims had overwhelmingly consolidated behind Samajwadi Party in this election, as they sought to replicate the West Bengal model where Muslim consolidation behind TMC in last year’s assembly election made the election a two-horse race and BJP lost despite garnering 38% of the vote (TMC won 48%).

For Muslims, the single-most important factor in any election still remains – how to defeat BJP? This religious polarization of Muslims (BJP for them is ‘communal’ i.e. a pro-Hindu party) is such a constant that it is not even discussed or acknowledged by political analysts. On the contrary, our establishment intelligentsia says that Muslims have a duty to be anti-BJP. Even when some Muslim women thank the PM for law against instant triple talaq, our liberals say that “Muslim women don’t need saving”.

Why is it so? Why are Muslim voters expected to be oblivious to the usual factors based on which elections are fought and won – things like development, corruption, jobs, security?

There are 3 factors at play here:

1.) Muslim and Christian communities have centralized and well-organized religious institutions at all levels of society. So, from a local mosque and madrasa; to neighborhood Jamaats; to central bodies like AIMPLB, Jamaat-e-Islami, Jamaat-e-Ulema Hind; seminaries like Deoband, Barelvi, Nadwatul; to missionary movements like Tablighi Jamaat; to religious-political outfits like AIMIM, PFI, AIUDF, WPI, SDPI, Reza Academy – the mind of the Muslim community is tightly controlled. Questioning the orthodoxy is discouraged and free thinkers have to pay a heavy price.

These organizations may differ on certain theological or social issues, but their central message is consistent: Islam is a monotheistic religion and Allah and his Prophet are above everything else; ‘idol worship’ is forbidden, the Muslim religion and way of life are superior; Muslims must maintain their ‘pure’ identity and resist any sort of ‘corruption’ (assimilation or Indianization); Muslims can abide by Constitution as long as it doesn’t conflict with Islamic injunctions (which will be decided by senior clerics).

So this exclusivist religious clergy is constantly telling ordinary Muslims and Christians that their survival depends on following its diktats and sermons.

2.) A large section of Muslim elites aka Ashrafs believe that they have foreign ancestry – Arab, Persian, Turkic. They have grown up believing that Islam brought civilization to a previously ‘pagan and uncivilized’ India, that all the architecture, art and culture that the country is proud of today has its roots in Islamic kingdoms. So their outlook is that they, the Ashrafi elite, are the ‘rightful rulers‘ of India who ruled this country for centuries before the British arrived, and their ancestors only ‘acquiesced’ to the democratic set up of Hindu-majority India as a favor, which can be withdrawn if this elite feels that the Indian State is not honoring the ‘contract’.

3.) India’s anglicized elites, the brown sahibs, who swear by Nehruvian or any other West-inspired worldview, have one chief goal above all else – transform Hindu society, which they view as ‘regressive, oppressive and superstitious’. A post-Hindu India would do very nicely for them, or at least an India (not Bharat) which is shorn of any serious practice of Hindu religion. Expressions of pride in Hindu civilization or Hindu heritage are especially abhorrent to them, so they view the Muslim and Christian masses as an essential tool to block Hindu awakening and a genuine Bharatiya resurgence.

All the above 3 forces have combined over the decades to drill this idea into Muslim and Christian minds that BJP/RSS is their number one enemy. And the Hindu, including BJP/RSS, response to this sustained campaign of calumny has been weak. Instead of taking on these supremacist and anti-Hindu forces directly and loosening their grip on the ordinary Muslim and Christian mind, we have tried to plead and reason with them to prove our ‘secular’ credentials, or tried to explain how Hindus are tolerant.

We have granted these forces greater legitimacy by unwittingly accepting that they are the only mediators in our dialogue with the Muslim and Christian communities. We have ignored the more open-minded, mutually respectful and sensible voices in these communities. This pleading is seen as a sign of weakness by the anti-Hindu forces, who then whisper to the ordinary Muslims and Christians that they are ‘winning’, i.e. minorities can retain their fundamentalist attitudes and look down upon the ‘pagan’ majority, while also playing victim and getting myriad benefits from the Indian state.

The reality is that Muslims have benefitted as much, if not more, than any other community from BJP’s welfare schemes, apart from having special schemes just for them – but their vote % for BJP remains abysmally low.

Below was the vote share across castes and communities based on a India Today post-poll survey for the 2017 UP elections (note how Hindu voters are divided into various categories, but Muslims are shown as only one entity ignoring the Shia-Sunni or Ashraf-Ajlaf divides), and the picture will likely look the same for 2022 elections too:

Here’s another survey of voting patterns, comparing 2017 and 2022 numbers –

Unless we dismantle the power the 3 forces mentioned earlier have on the Muslim and Christian mind, no amount of government services delivery, infrastructure work, development or slogans will make any significant impact.

We should engage Muslim voices like Khalid Baig, who are waking up (just as many Hindus are) to the web of lies and distortion that have been woven around us all for decades. But at the same time, we must remember that such voices are few and far between, some too scared to even speak up, such is the vice-like grip the Islamists have over the Muslim narrative.

These anti-Hindu forces will not melt away into the night, or go without putting up a fierce resistance. But they must be defeated for the good of the nation and all its citizens. The longer we delay this existential battle, the tougher it will get. But till that time, let there be no delusions around the double standards, hypocrisy and bigotry of low expectations from Muslims and Christians, that defines Bharat’s political discourse.