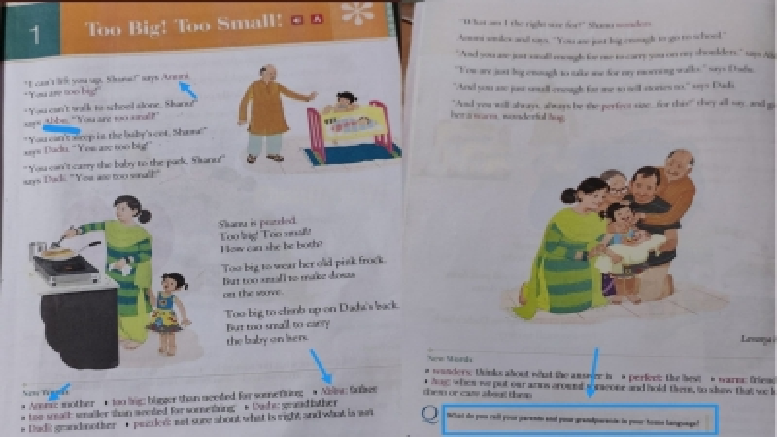 Amid massive controversy over shifting of weekly holiday from Sunday to Friday in some Jharkhand schools, a similar incident has surfaced in Rajasthan’s Kota where parents allege that a book for Class 2 students contains community specific words which can hamper their growth.

Several parents complained that the book is being taught to a majority of non-Muslim students.

“Our children are born and brought up in conservative Brahmin family and when our seven-year-old child starts demanding biryani because it is being taught in books, it gets intolerable,” a parent said.

There are certain names in books like Shanu, Sania, Shireen, Amir and Naseem which have been used for story characters in the book and there are general references like ammi (mother) and abbu (father).

Parents have complained that their children studying in a private English medium school have started to use words like abbu and ammi at their homes and are demanding biryani to eat.

The book named Gulmohar has been published by a Hyderabad-based publisher and is issued by CBSE board for class 2 students.

Hapless parents complained about the book to local Bajrang Dal and VHP leaders, who in turn have filed a complaint with the state education department.

A few parents alleged that book is an attempt at “Islamisation” of the school education.

These parents said that the book is an attempt to create a gap between their children and the Hindu culture. In fact, issued by CBSE, this said book has 113 pages and costs Rs 352.