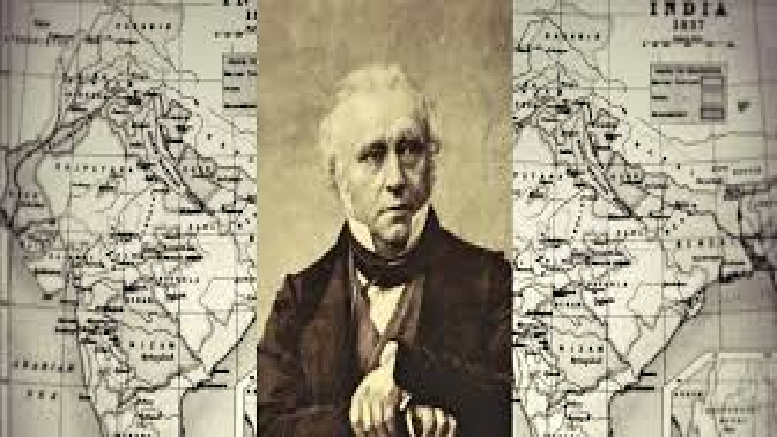 My article “Who taught you to dislike Hindu Dharma” was a discussion of the  some of the contemporary historical schools blaming Hindu Dharma dishonestly. Today we will see how the missionary instigated and established education system still active in Bharat is teaching every Hindu to disregard his on Dharma.

Our motherland Bharat had a great heritage of academic excellence, scientific growth, and developed literature with masterpieces in classical Tamil and the divine language Sanskrit. But when British political power began to rule us, all these were made secondary. English language and the British model became our medium and method of education. The missionaries established schools and colleges in European model and Gurukuls almost disappeared.

Now we will see some of the negative impacts of the missionary sponsored education in Bharatiya society.

The first negative impact of the missionary sponsored education was that it promoted cultural imperialism. Advocate Tarun Jain writes that when  the missionaries  taught Bharatiyas their shortcomings they completely destroyed the self confidence and the self respect of the natives. This is clearly reflected in the words of Swami Vivekananda: “The child is taken to school and the first thing he learns is that his father is a fool, the second thing that is grandfather is a lunatic, the third thing that all his teachers are hypocrites, the fourth that all his sacred books are a mass of lies”.

Missionary education was unfriendly to the host culture.  Wikipedia says: “A mission school or missionary school is a religious school originally developed and run by Christian missionaries. The mission school was commonly used in the colonial era for the purposes of Westernization of local people.”( Mission Schools, Wikipedia).

I am happy that Wikipedia uses the term “Westernization.” The mission schools presupposed the West as the most developed and ideal. Instead of training the regional students to appreciate their own culture and make that culture a benefactor of the knowledge communicated through education,  the mission schools claimed all glory to the West and shared the thought that the Western life is ideal and superior to the student’s own culture. So we are possessed with a mania to say “yes” to anything coming from the West.

While I admire the knowledge gained by the West, I am careful that I admire the knowledge, not the West!  Read what is going on at present. Mission schools do not permit married female staff to have sindoor or bindi. Uniform for students is designed totally following a Western dress code.

Thomas Macaulay (1800-1859) is considered as primarily responsible for introducing the English education in Bharat. He was the first Law member of the Governor General’s Council in India from from 1834 to 1838.   Read his insult of the divine language Sanskrit: “It is I believe, no exaggeration to say that all the historical information which has been collected from all the books written in the Sanskrit language is less valuable than what may be found in the most paltry abridgements used at preparatory schools in England”.

Macaulay’s ghost is still acting as teacher and administrator of many missionary schools. Dear Hindu friend, be careful!

The second negative impact of the missionary education was that the British missionaries used English education to propagate Christianity in Bharat. Ragavendran SS writes the conviction of Alexander Duff, a British missionary who came to Bharat doing the first part of 19th century. He believed that “of all systems of false religions fabricated by the perverse ingenuity of the fallen man, Hindu Dharma is surely the most the most stupendous and that  Bharat was the chief seat of Satan’s earthly dominion. Western education would make the Hindus perfect unbelievers in their own system  and perfect believers in Christianity”.

The missionary sponsored education worldwide challenged  the religions of the different countries. Wikipedia explains the method of education in Duff’s missionary school. “Duff opened a school in which all kinds of secular subjects were taught, from the rudiments upwards to a university standard, alongside the Bible. The English language was used as the medium of instruction on the grounds that it was the key to Western knowledge.

Alexander Duff proposed a theory which he called the “downward filter theory” in which he believed that by catering to the middle and upper social classes, the knowledge of Christianity would eventually filter down the social ladder. Although he promoted the teaching of English in schools, he still viewed the vernacular as an important language for spreading Christianity among “the masses” but deemed it inferior to the English language because it was not progressive.

Dear Hindu friend, missionaries were there to give knowledge the colour and flavor of a religion and used it to convert people. Do you understand the purpose of missionary sponsored education and its inherent dangers?

I find the missionaries strategy of teaching Hindus to dislike their own Dharma was very subtle. They used the modern knowledge which was not a religious product but more of the social and intellectual reforms such as  Great Enlightenment,  to attack and disprove Hindu Dharma but at the same time did not allow their own religion to undergo any criticism. For example the Great Enlightenment had dismissed majority of the Conservative Christian dogma and embraced the notion that humanity could improve through radical reforms and without the gospel. Christians have no claim on that.

Macaulay’s ghost knows how to turn Hindu mind against Hindu Dharma. Missionary schools are instrumental in pursuing Hindu mind to Christianity. Mission Kaali is dedicated to expose this truth. Join Mission Kaali. Read our articles and watch our short films. Support us.

(This article was first published on missionkaali.org on January 15, 2022 and has been reproduced here with minor edits to conform to HinduPost style-guide.)