How mind-washing of Hindu kids works in schools 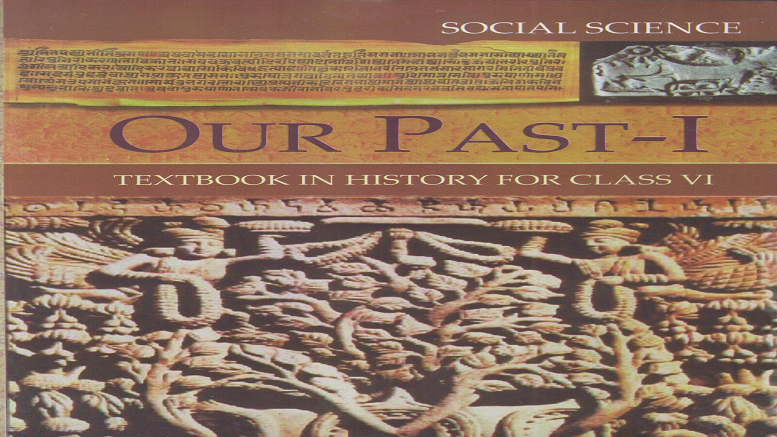 In history textbooks, history is depicted as a series of Hindu defeats. From the conquest of Sindh by the Arabs in 712 CE to the arrival of the Mughals in 1526 CE, the narrative is of Hindu kingdoms being easily conquered by Islamic invaders.

If you are a nationalistic child, the defining feelings are frustration and anger. How could Hindu kingdoms fail to check foreign invaders? Why were Hindus so disunited? Why did Prithiviraj Chauhan let go Mohammed Ghori after defeating the Muslim army and capturing Ghori?

The Vedic period is shown as an era of destruction of indigenous cities by invading Aryans. In high school I got praised for an essay about “the lack of ancient Indian cities” because they were “razed by invading pastoral Aryans who hated urban life”. The lies they taught us.

I remember this line from my Class VI textbook: “The Aryans were tall and fair and the Dravidians were dark and short.” Debashish Das, a Kolkata born guy in my class, used to call the handful of South Indians in our school “Dravidians”.

That confused me. Das was black while I was among the fairest boys in my class. If I was Dravidian yet fair, and Das was Aryan yet black, wasn’t this contrary to our books? In fact, none of the white Punjabi kids claimed they were Aryan. Only Das did. Really confusing.

Plus, there was confusion at home. My dad was black and my mother was white. For a 10 year old, this can be discombobulating. I hate long words but it best describes my situation.

For a thinking, nationalist child who is proud of Hindu history, what they teach at school can be confusing. My self-esteem would dive in history class because that was the time when I was a Dravidian – a label that I didn’t want. Strangely, I started taking pride in it.

For instance, if I was called a Dravidian, my reply would be based on their skin colour. If I fair guy called me that, I would say, “We were city builders, you were barbarians.” To the darker guys I would say, “Okay I’m Dravidian, but why do you look like an Aborigine?”

Luckily, the Amar Chitra Katha comics and Chandamama I read kept me balanced. Plus, we had a Malayalam history teacher named Valsamma (ironically, a Kerala Christian) who would often call out the lies in the books.

Miss Valsamma would qualify the sweeping statements in our history textbooks with logic-based opinions of her own. For instance, about Chinese traveler (during Harshvardana’s reign) Hsuan Tsang’s statement that there were more Buddhist stupas than Hindu temples. She said the Chinese traveller was exaggerating because he was Buddhist. According to her, since Hindus constituted the vast majority of Bharat, there was no way stupas could outnumber temples. It made sense.

She also cast doubts on the Aryan Invasion Theory by saying that the large number of dark people in northern, eastern and western Bharat indicated that climatic condition is a more likely reason for the presence of darker people in these areas.

She also said, the settlement of Greeks in northwestern Bharat could be a reason for the presence of fairer people in these regions.

The mindwashing at school was happening in sync with communist propaganda at home where my father was abusing the RSS day and night and forcing me to read Lenin’s autobiography.

Then came the role of media. I remember an India Today cover with faces of angry Hindus demanding Ayodhya back. Reading such propaganda has an impact. I remember telling my math tutor Rajinder Bakshi, “Why are they making it such an issue? Just it give to the Muslims and end this problem?”

Bakshi ji was a guy in his mid 20s and he quickly cured me of my nascent librandu-ism. He said: “Kyun dede? Mandir hamara hai.” (Why should we give it? The temple is ours.) And he proceeded to give me a short history of Ayodhya temple and how a mosque was built over it.

Bigger irony was Bakshi ji was hired by my dad. It was, therefore, delightful poetic justice that my Urban Naxal, Brahmin-hating, former CPM cadre father hired a Punjabi Brahmin RSS karyakarta who turned me irresistibly towards Ram Mandir movement.

Islam had swept through Asia and converted nearly 100% of countries such as Iran, Turkey and Iraq, but in the Indian subcontinent, Islam could only convert 25% of the population in 1,300 years. An astounding feat of survival and triumph.

So why was fake history peddled? Who whitewashed Hindu resistance and revival from the history books? The answer is Muslim Education Ministers of the Congress party in cahoots with the Communist Party of India. Both had the same agenda.

The Muslim elites wanted to keep up the British era lies that the Hindu elites were Aryan invaders and they were just as guilty of destroying Bharat as the Muslims.

The Muslims became paranoid that once the Hindus became the rulers of Bharat, they would demand answers for the over 1,300 years of iconoclasm, forcible conversion and slave trade of Hindus.

If these could be hidden from the coming generation of Hindus, it suited the Muslims. It was killing two birds with one stone. They could not only claim they ruled Bharat for 1,000 years, but also avoid having to answer for the Hindu temples destroyed by the Islamic invaders.

For the Communist Party of India, it was purely about preventing a Hindu revival because communism can only grow if religion dies. If Hindu Dharma can be killed off, communism would grow in Bharat. The result was a trade off between the Congress Party and the communists.

The communists got to control academia in return for supporting the Congress, and the Gandhi family appointed communist-vetted Education Ministers. Of independent Bharat’s first 5 Education Ministers, 4 were Muslim. A classic and shocking case of conflict of interests.

The first Education Minister was Maulana Abul Kalam Azad, a Hinduphobe and pan-Islamist who served 2 successive terms for a total of 11 years. Imagine, giving education portfolio to a Muslim minister just months after Partition during which Maulana showed his jehad agenda.

These Muslim ministers (backed by communists) not only glorified the Mughals but also downplayed Rana Pratap, Shivaji, the Marathas and Cholas. The mighty Vijayanagara Empire is dismissed in one fleeting para while multiple chapters are devoted to the Mughal period.

Almost like an afterthought, the Congress-Communist nexus seem to say: “Here you Hindus, Sikhs, Jains, Buddhists, take some crumbs.” In school I never read about Maharaja Ranjit Singh. Neither of the mighty empire of Emperor Lalitaditya of Kashmir.

Students like me were able to get through school without getting totally mind-screwed because: We had chance encounters with good tutors; We got hold of good off-curriculum and Dharmic books; We had an open, enquiring mind;Past life karma