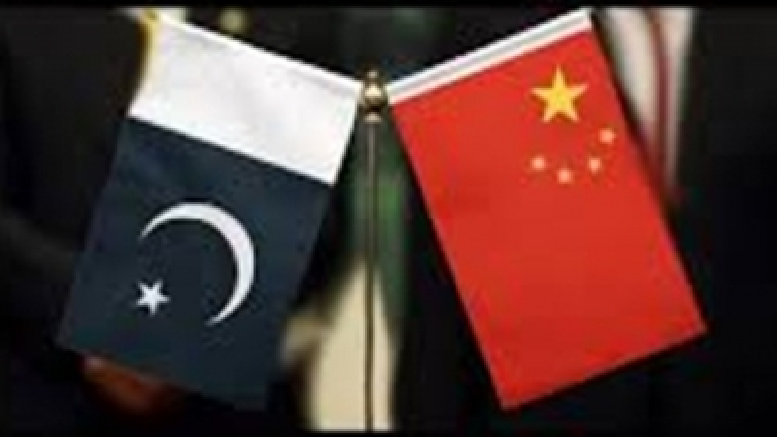 In the age of unrestricted information warfare and identity politics, anti-Bharat forces from across the world have been targeting the brand value of Bharat (India): a vibrant democracy ready to take its rightful position on the global stage.

The propaganda warfare against Bharat is often a united effort of Pakistan and China to target Bharat’s sovereignty and territorial integrity in the states of Jammu & Kashmir and Arunachal Pradesh.

The all-weather friends have used various operations to justify their false claims against Bharat, be it circulating maps with wrongly demarcated Bharatiya borders or questioning the Indian Army’s treatment of Kashmiri Muslims.

More recently, some separatist, fundamental Islamist, pro-China and anti-Bharat forces residing in Bharat have joined the cause of China and Pakistan to tarnish Bharat’s image on the global level.

The anti-Bharat propaganda was once limited to Pakistan and Chinese state-owned media. However, it has now disseminated into Bharatiya academia and universities with new narratives ranging from calling Bharat a ‘fascist state’ to a ‘Hindu authoritarian’ democracy.

Bharat is the largest democracy in the world. Additionally, Bharat is a spiritual state having a civilizational ethos of Hindu (Sanatana) Dharma transcending the present-day geography, which is the bedrock for the wonderful plurality of Dharmic paths that co-exist in this country.

Even though Bharat shares its borders with the Islamic Republic of Pakistan (an Islamic State) and the People’s Republic of China (a Communist State), it has withheld the principle of Vasudhaiva Kutumbakam (the world is a family).

Bharat’s soft power discomforts its two neighbours. While Bharat offers spiritual knowledge, democratic values and respect for human rights, China and Pakistan are profiled as an expansionist power and a failed state, respectively.

Chinese Communist Party’s brutal massacre of the students protesting at Tiananmen Square in 1989 and the Pakistan Army’s horrendous atrocities against Bangladeshis during Bangladesh Liberation war of 1971 is an example of negative historical memories that the two nations carry.

In recent times, with the rise of an expansionist China in conjunction with the fragile state of Pakistan’s Islamic Republic on its borders, Bharat faces various threats to its democracy and national security. The anti-Bharat forces in Bharat assist China and Pakistan by weaponizing secularism enshrined in the Bharatiya constitution to serve the interests of radical, fundamentalist Islamist forces and separatist groups.

As Bharat is a Hindu majority country, the propaganda warfare against Bharat also takes the shape of unchallenged Hinduphobia. Furthermore, it translates to hate against honorable Prime Minister Modi, the rightfully and legitimately elected representative of 1.4 billion Bharatiyas.

The anti-Bharat forces comprising Bharatiya far-left groups, communists and radical Islamists work closely to push China and Pakistan’s narrative in Bharat. The propaganda warfare carried out by these groups is often built along the lines of Bharat’s human rights records, treatment of minorities, especially Muslims, and the Indian Army’s role in Kashmir.

These groups operate in Bharat and internationally, ranging from Bharat’s university campuses to western media houses like the New York Times, the Washington Post, and the Atlantic.

The most recent anti-Bharat propaganda comes out of the O.P. Jindal Global University, Sonipat, Haryana, as part of a course on political science taught to young impressionable minds. The scholarship in the course aligns with Pakistan’s rhetoric on Kashmir: Bharat has occupied Kashmir.

Nitasha Kaul’s account, “Kashmir: A Place of Blood and Memory”, included in the course, rejects Kashmir as an integral and inalienable part of Bharat. Instead, it compares Bharat’s territorial integrity in the region with China and Pakistan’s illegal occupations of Kashmir and Aksai Chin.

Kaul’s account gives basis to China and Pakistan’s cartographic aggression against Bharat. A New Delhi based think tank released pictures of maps in Chinese markets with Bharat’s mutilated maps that reject Kashmir as an integral part of Bharat.

Instead, it aims to draw parallels between Islamist and terrorist groups operating in Kashmir and the Bhartiya Janta Party that the people of Bharat have elected several times as their legitimate Government.

Another reading in the course titled “The Palgrave Handbook of Social Movements, Revolution, and Social Transformation” includes a chapter on “The Naxalite Movement, the Oppressive State, and the Revolutionary Struggle in India” by Ashok Kumbamu.

The scholarship aims to glorify the left-wing terrorism and Naxalites movements detrimental to Bharat’s national security and territorial integrity. The course includes scholarship from other anti-Bharat scholars such as Christopher Jaffrelot and John Dreze.

Chinese Propaganda in Bharatiya universities often goes unnoticed. For example, in the year 2015, the O.P. Jindal Global University’s Centre for India-China Studies (CSIS), headed by a Chinese, an Associate Professor at the university, received a US$25,000 grant from the Embassy Grant on Academic Exchange of the Embassy of the People’s Republic of China in Bharat.

The CSIS website mentions that it’s the only Indian think tank on Chinese studies led by a Chinese, giving it a unique role and competitive advantage in bridging the two countries. It claims that unlike many other government think tanks focusing on security, border or diplomacy issues, CSIS has tried to develop a civil society based multidisciplinary platform.

However, some of the talks organized by the centre are related to Bharat’s national security, foreign policy and diplomacy. For example, the CSIS organized a talk on “Setting BRI in India-China Relations: Challenges and Opportunities” delivered by a Chinese scholar.

Furthermore, the centre organized a talk on “The Trump’s India Visit and its Impact on Sino-India Relationship”, delivered by a Chinese scholar again. The centre’s unilateral approach is evident from its activities. It is unclear whether the think tank considers Bharat’s interests and views while promoting exchange between the two countries.

During the outbreak of the Covid-19 pandemic in Bharat, as shared by anonymous sources, the Chinese professor emailed the university students, faculty and others applauding China’s response to the Coronavirus. The email contained an article by Eric Li titled, “Xi Jinping Is a ‘Good Emperor’, which explained why the pandemic has increased the author’s trust in Xi, the party, and Beijing. The CSIS conducts various activities in the university to promote China’s interests in Bharat.

O.P. Jindal Global University is only one example of universities that are being used to wage propaganda warfare against Bharat; some others are JNU, Ashoka and Krea.

The United States of America is home to some world-leading universities that the Chinese Communist Party has now infiltrated. A report released by the U.S.-China Economic and Security Review Commission explains the work of China’s United Front Work Department that specifically targets America’s academia.

In addition, the Chinese Communist Party adopts various ways to promote its narrative and interests in academia abroad, ranging from opening centres dedicated to Chinese studies to releasing alluring scholarships for international students.

The Chinese infiltration in American universities results in cyber warfare, propaganda against democratic values and American national interests and technology and IPR theft.

In the context of Bharat, the Chinese infiltration is at a nascent stage which has the potential to grow with time. While America battles Chinese propaganda in its universities, Bharat’s struggle is a more challenging battle against the joint propaganda warfare of Pakistan and China.

The Bharatiya authorities must take note of the sympathizers of naxalites, left wing terrorism and separatist groups in Bharatiya universities. The unilateral approach to academic freedom and secularism should not be used to promote the causes of Pakistan and China in Bharat.