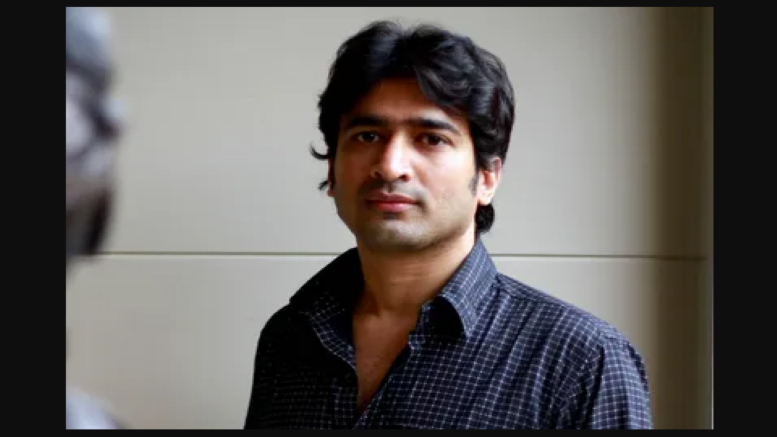 Ashutosh Bharadwaj, in whose opinion Ram Mandir is ‘communal’ and the Gujarat model is equivalent to a ‘surveillance system’, has now been appointed as the editor of a magazine funded by the Education ministry. Despite the rise of a so-called right-wing since 2014, academia continues to be controlled by leftists and the appointment of Bharadwaj only reinforces that.

The Indian Institute of Advanced Studies (IIAS), Shimla comes under the purview of the Union government’s Education Ministry. The institute has recommenced publishing Chetana, its half-yearly magazine. Ideally, this should have been used as an opportunity to promote Bharatiya Dharmic thought since it is being funded using the taxpayers’ money.

Ashutosh Bharadwaj is a journalist sympathizing with extremist leftist thoughts. He is a known Hindu hater as is apparent from his Twitter timeline. That a so-called right-wing intellectual Makarand Paranjape who heads IIAS endorses the appointment speaks volumes about the high-placed connections of leftists. No wonder the Bharatiya education system continues to be heavily anti-Hindu poisoning the minds of the younger generation.

In a series of tweets, Bharadwaj is seen endorsing red terrorists who have been provoking indigenous vanvasi populations against the government establishment. Bharadwaj is also a conspiracy theorist as is evident from his Facebook post.

An article by the TFI in this regard says:

Apart from appearing to be sympathetic towards Naxals, Ashutosh Bhardwaj is also a conspiracy theory peddler. Screenshots of a Facebook post of his have now grabbed the attention of many on social media, in which the Chetna magazine editor claims to be told by a senior police official in 2011 that the phones of journalists are being tapped by the government. In a bizarre twist, Bhardwaj goes on to say that a precedent for such phone tapping of journalists and mass surveillance was set by the government of Gujarat, presumably when Narendra Modi as chief minister was leading it.

Proving his Hinduphobia, Bharadwaj had earlier said that the Ram Mandir, currently under construction in Uttar Pradesh, has been built upon innumerable dead bodies and communal disharmony while adding that the temple is a consequence of ‘hateful communal campaign’.

Paranjape’s arguments that Bharadwaj shouldn’t be targeted for personal views aren’t tenable. How can one who has leftist extremist ideological leanings and is a known Hindu hater be allowed to control a magazine that is being funded by Bharat’s taxpayers? Isn’t continued leftist dominance of government institutions stifling the growth of Bharatiya Dharmic thought?