Why is a new code needed to identify Sarna tribals? 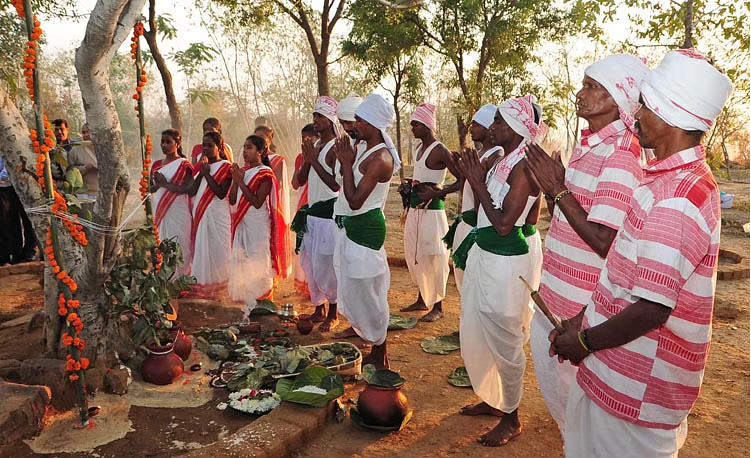 On one hand, a new code to identify Sarna tribals is being made to look like an attempt to prevent their conversion to Christianity. On the other hand, it appears to be just another ploy to create another non-Hindu religion, the key word being non-Hindu.

In 2011, 50 lakh Sarna tribals put their religion as Sarna even though no separate code existed for treating Sarna as a different faith. If these tribals who inhabit parts of Jharkhand, Chhattisgharh, Madhya Pradesh, and Bihar declare their faith as the Sarna faith different from the Hindu faith, it will just be a matter of time before the opportunity is taken advantage of by the Break-India forces to set them at loggerheads with Hindus and Hindu Dharma.

The Sarna tribals pray to “Jal, Jungle, and Zameen” or water, forests, and land. They pray to the trees and the hills. The Sarna Sthal is a sacred grove within the forest wherein the gram devi or village deity is believed to reside. Praying to nature is an intrinsic part of Sanatan Hindu Dharma and so nature worship by the Sarna does not make them radically different from Hindus. Similarly, the concept of having a village deity is not different from that of Hindu Sanatan Dharma.

Partly, the quest for creating a new Sarna code, which in other words means creating a new faith, is directly linked to policies that give benefits such and reservations and concessions to STs and minority faiths. Quite a few Sarna tribals have already been converted to Christianity. These converted tribals are said to be availing of benefits meant for STs as well as for minorities. Sarna tribals who have refused to convert to Christianity get to avail of the ST related benefits. However, they probably believe that they are losing out on the minority-related benefits which their converted brethren can avail of.

The very fact that many “secular” entities are pushing for a new Sarna code in the census makes it suspicious. Jharkhand’s CM Hemant Soren of the Jharkhand Mukti Morcha who has formed the government with Congress support has also recently pressed for a separate code.

Additionally, several known “human rights activists” have also entered the fray demanding such a code. It is hard to believe that entities who have never in the past opposed Christian missionary activities and conversion are now pressing for a new code with the noble and altruistic aim of preventing Sarna tribals from converting to Christianity! Rather, it looks like an attempt to bring in divisions amongst Hindus and to challenge RSS’s work of unifying different sections of Hindus as this write suggests. The writer uses terms like “caste denialists” and is replete with anti-RSS and anti-Hindu sentiment. The response from the Left ecosystem suggests that seeking a new Sarna code is rather an attempt to emphasize and exploit caste fault-lines.

The Madhya Pradesh government is dealing with this attempt to divide Hindus with a pro-active response by deciding to hold Ram Leela in its 89 tribal blocks with a view to remind tribals that they too are followers of Bhagwan Ram. This has not been appreciated by Christian outfits, once again demonstrating that the exercise for a separate Sarna code is a part of the Break-India strategy. It is very ominous that Evangelical entities are taking an undue interest in the matter of seeking a Sarna code.