Uttarakhand Devasthanam Act needs to go and here is why! 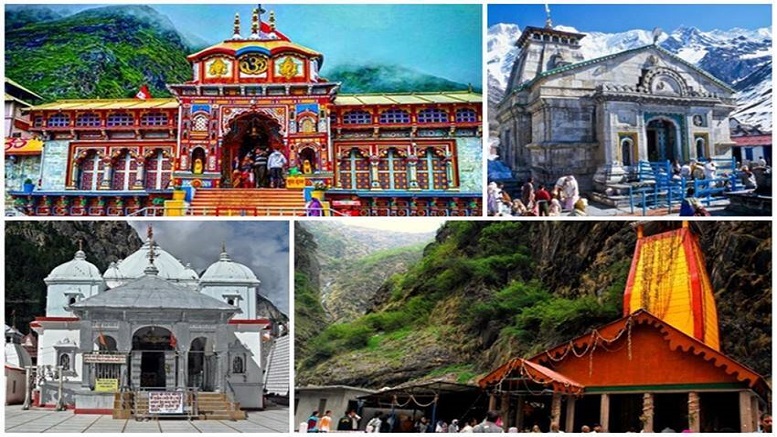 The Uttarakhand Char Dham Devasthanam Management Act, 2019 is again in news due to the aggressive tactics of agitating priests of Kedarnath. Although we have discussed multiple times the shaky foundations and disastrous consequences of government control of temples, this article analyses the Act itself to bring out what exactly is wrong with the government law and how it is detrimental to the interest of Hindus. The copy of Act can be downloaded from the Uttarakhand government website here.

The devil in definition

The section 2(d) of the act defines “Char Dham” as follows :-

“Char Dham” means Shri Badrinath Dham, Shri Kedarnath Dham and the holy Devasthanams of Gangotri and Yamunotri in Uttarakhand,and temples as mentioned in schedule of the Act and such temples as notified hy State Government from time to time and it includes :

Practically it means that one day all the temples of Uttarakhand, at least the ones that the government wants, can be included in the ambit of the act. The temple may be old or new, of any sect and following any tradition within Sanatan Dharma, if the govt fancies its revenues, land or property, it now has a legal instrument to take it over. Of course, the temples run by near and dear ones of the incumbent government, at any time, would be left free from its ambit.

According to section 4(1) of the Act, “the Board shall be the highest governing body for the purpose of Devasthanam Management under this Act with the power to frame policies, make decisions to give effect to the provisions of this Act, budget formulation and sanction of expenditure and planning and management of Devasthanam area and modernisation of management systems.”

It will deal with the property of all the temples included in the Act, has power to levy cess/fees on Hindu devotees to the temple and will decide whether a person holds customary and hereditary rights on temple service. It might be noted that daily administration of the temples is the domain of CEO and appeals can be filed to the Board.

Curiously, none of these conditions apply to the ex-officio members, who can continue to “serve the board” even if they never attend its meetings or have conflict of interest. The only thing that is constant is will of the government. If it wants someone there in the board, he/she will be there. It the govt doesn’t want someone in there due to any reason, he/she will be made to go away in perfectly legal manner.

A Temple Board with non-Hindus

It might come as a shock to many devout Hindus that the Char Dham Devasthanam Board can not only have non-Hindus as members, but theoritically can also have a non-Hindu majority. The consequences of such a situation are too dreadful to even imagine.

The official members of the board are mentioned in the Sec 3(2) of the Act:-

Except Chairman, Vice-Chairman and the CEO, there is no condition on any official member of the Board to be a Hindu. Indeed, the current Chief Secretary of Uttarakhand does not profess “Hindu Religion” according to the definition given in this Act and yet is a member of the Board. Also, the current Vice-Chairman of the Board is supreme spiritual leader of a sect that does not believe in murtipuja and rituals. One can see how easily this body can include people who have no faith in Char Dham and infact such people can be in majority among official members. The nominated members are all Hindu but as seen earlier have lesser power and influence than the official or ex-officio members. It must be noted that there is no condition that employees of the Board have to be exclusively Hindus. What this means for management of temples need not be explained.

Section 10 of the Act provides for the “Constitution of High Level Committee For Devasthanam Management & Yatra Coordination” which exclusively has officers as its members. Theoretically, all of them could be non-Hindus and still be in-charge of running a Hindu Religious Yatra and management of Hindu Temples! The chairperson of this committee is even today a non-Hindu.

The CEO and the board has power to remove the priests under Sec 29 of the Act. This can be misused in case any priest does not align with some adharmik view of the CEO or the board. An example of such order would be the order to start puja in Badrinath after 7 am, when the tradition is that He is worshipped at 4 am in the morning since time immemorial. This order was later withdrawn after protests.

However, in theory what the government did earlier was perfectly legal. Under Sec 48 of the Act, it can override any custom, decree, usage etc. and under Sec 29(1)(b) of the Act, protesting priests who disobey this order could be removed from their duties by the CEO! The potential of misuse by a government with anti-Hindu character is immense. The CEO also fixes the remuneration of the priests under Sec 15(4), which gives the government another level of control over the priests.

The government control of temples will always bring negative outcomes for Hindu society simply because the state is secular and cannot be expected to be faithful to religious traditions. As seen above, the act drafted by a secular government can be easily used against Hindus.

Hindu temples need to be freed from secular governments and restored to devotees and Hindu community. Uttarakhand government has a golden chance to show the country a way of doing this. Shall it have the courage to be the herald of a new dharmik system?