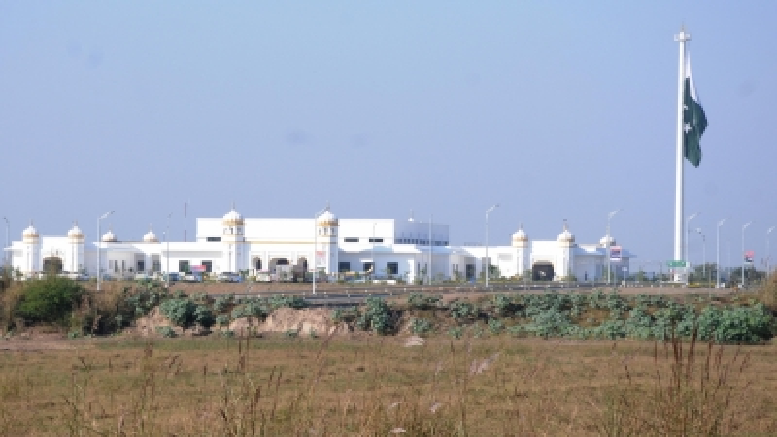 Pakistan always tries to wash away its stigma of being a pro-terrorist country in the world community. The idea of opening the Kartarpur Corridor was also hatched to improve its image and mislead Sikhs around the world. But in reality, Pakistan holds a guileful attitude towards minorities. Despite its best efforts for progress and economic prosperity, the oppressive system/mindset has never been lenient for minorities. Hindus and Sikhs are infidels and persecution of infidels is like ‘charity’ for Islamic fundamentalists.

As far as the status of the historical gurdwaras in Pakistan is concerned, they are managed by the so-called Pakistan Shiromani Gurdwara Parbandhak Committee (PSGPC), which does not have much authority over the religious affairs of the Sikhs.

The claim is that this committee has been formed on the lines of the Shiromani Gurdwara Parbandhak Committee of India having status/stature like a state but in reality, the PSGPC is a puppet working under the dominance of Muslim-oriented Evacuee Trust Property Board (ETPB), which operates under the Pakistan Waqf Board. ETPB was started as a constitutional body under the Act (Management and Settlement) No. XIII of 1975 as a result of the Nehru-Liaquat Agreement in 1950 and the Pant Mirza Agreement in 1955 to protect the rights of Hindu Sikhs.

According to the India-Pakistan agreement, it was declared that the ETPB’s chairman would be a Hindu or a Sikh, but Pakistan has never complied on the pretext that no non-Muslim can be given responsibility for such a large body in an Islamic country. Also, the Supreme Court of Pakistan did not implement the order to appoint a Hindu or Sikh as the Chairman of the board.

Even the non-Muslim members Gurpal Singh and KhushiRam and others who were included in the Board for the first time (last year) were never invited to the meeting and unilateral decisions were taken. Actually, the board has been under the command of Pakistan’s ISI since its inception. Even today, Tarak Wazir and Imran Gokal, who have been shifted from the ISI, have the authority to take all decisions of the board.

What has this Muslim-oriented board done so far for Sikhs? During partition, more than 1,130 Hindu temples and 517 gurdwaras were abandoned by Hindus and Sikhs. Today, only 30 temples and 17 gurdwaras have been opened up by the ETPB.

Also, prakash has not been accomplished in the main gurdwaras namely Gurdwara Kiara Sahib, GurdwaraPatti Sahib, Gurdwara Chakki Sahib, Gurdwara RoriSahib, Guru Khuh Bhai Lalo and Gurdwara Sacha Sauda, Chuharkana, Farukabad (from where Guru Nanak Dev Ji started the practice of langar). In addition, Gurdwara Bebe Nanaki, Dera Chahal Lahore (land worth 800 crore PKR), which is under the control of the Waqf Board, was hit by a tragic case of demolition four years ago. Half of the land of Gurudwara Nankana Sahib has been sold.

In May 2019, centuries-old Nanak Mahal in Narowal- a four-storey building was demolished and its expensive doors and windows were sold. The magnificent Gurdwara Sri Guru Singh Sabha MahlaMandi Sahiwal, built by Maharaja Ranjit Singh, has been converted into a jail. Gurdwara Karam Singh Ahluwalia on the banks of the river Jhelum was earlier a police station and now is being repaired with the help of foreign funding.

Similarly, places of alleged saints where they spent their life/gave sermons like Gurdwara Bhai Lalo Ji (Tatleani), Gurdwara Baba Jamiat Singh (Lahore) and Guudwara Patshahi Chhevi(Amar Sidhu), which are located in rural areas are inhabited by locals or their livestock is tied up over there, but ETPB has never tried to evacuate these gurdwaras.

Value of Sikhs in Pakistan can be gauged from the fact that a 9-foot-tall statue of Maharaja Ranjit Singh established at Lahore Imperial Fort has been broken three times by the extremists. Statistically, around 109,404 acres of agricultural land and 46,499 acres of built-up urban sub-units belonging to temples and gurdwaras are occupied by politically influential people or the land mafia.

The PGPC in actual is a ‘dummy’ committee because it has no right to take decisions on Sikh religious matters in Pakistan. For instance, Sikh organisations and most of the Sikh Sangat across the globe celebrate the “Gurpurab” according to the Akal Takht and the Shiromani Committee approved Nanakshahi calendar but in Pakistan, Gurpurab is being celebrated by government orders according to their calendar which has been negated by the Akal Takht (the highest shrine of the Sikhs).

In addition, Pakistan Gurdwara Prabhandhak Committee has low (18,000 PKR) salaried staff, they too are mostly made up of Muslims (more than 70 per cent). The real Sikhs are not put on duty, as drugs and smoking are common in the board offices set up inside the Gurdwaras. A separate committee, the Punjabi Sikh Sangat, oversees the management of Akhand Path Sahib in Pakistan’s gurdwaras, with the aim of soliciting foreign donations.

Any person who raises his voice for Sikh rights is deliberately sidelined. Even, the Sikh Marriage Act of 2007 was not passed due to pressure from extremists.

From the above actions, it can be stated that all the decisions making matters are dealt by ETPB only and PSGPC is more or less a mute spectator. PSGPC is suppressed to the limit that they have no say in any Sikh matters. Pakistan has formed this committee/governmental body to govern Gurudwaras with the sole intent to showcase to the world that they possess a soft corner for the Sikh minority and are true saviours of Sikhism. But in reality, Pakistan will never allow any committee to hold independent rights and speak for their community freeman ship. All the religious organisations ultimately forced to work under the states of Muslim hegemony.