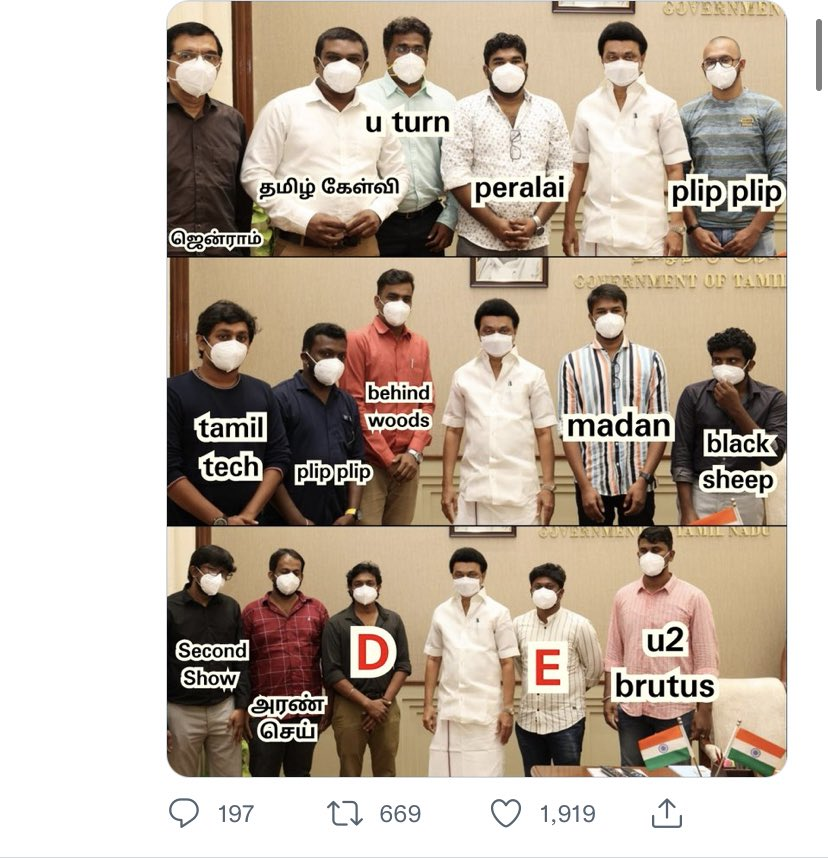 In an event organized by Dravidian organizations, Tamil Nadu Health Minster has felicitated the YouTuber who denigrated the cosmic dance of Bhagwan Nataraja. A few days ago, the person had released a video abusing Bhagwan Shiva and Devi Kali using very obscene words, and hindu organizations had filed complaints against him.

In what appears to be an event organized by Dravidar Kazhagam, the Health Minister Ma Subramanyam felicitated ‘Minor’ who presented the video and is behind the U2 Brutus YouTube channel. He attempted to humanize Nataraja, the presiding deity of Chidambaram temple, and Kali Devi by sexualizing their cosmic dance.

Referring to the incident where the two deities competed in classical dance, he said, “Our guy (referring to Bhagwan Shiva) did not wear undergarments that day. He had gone without wearing underwear intentionally that day. What happens when a guy lifts his leg? ‘It’ (referring to the penis) will fall out, right? If you lift your leg, ‘it’ will be visible, right? On seeing that, people were shocked. Thillai Kaali, who was dancing, was also shocked after seeing ‘it’. How could she dance after that? After seeing ‘it’, she didn’t know what to do and forgot the dance moves.”

He compared Bhagwan Nataraja with Kollywood actors who defeat female leads by removing their upper garments and defiled the concept of Chidamabra Rahasyam, saying, “Not wearing under and standing with the leg up showing the penis is Chidambara Ragasiyam, is it?”. He also abused and slandered Chidambaram Dikshitars, the traditional safe-keepers of the temple. This Minor guy and some other rabid Hindu abusers met CM MK Stalin in 2021.

Now he has been felicitated by a high-ranking minister of the DMK government after releasing the abusive video. Dravidianist and Periyarist organizations came to his support and said that he only said what is written in Nataraja Mahatmiyam by a Brahmin and demanded that all Puranas should be banned to avoid such things becoming public. It is not that the story is wrong. But Periyarists intentionally misinterpret and sexualize such happenings to make Hindus feel revulsion towards Hindu Dharma and the deities.