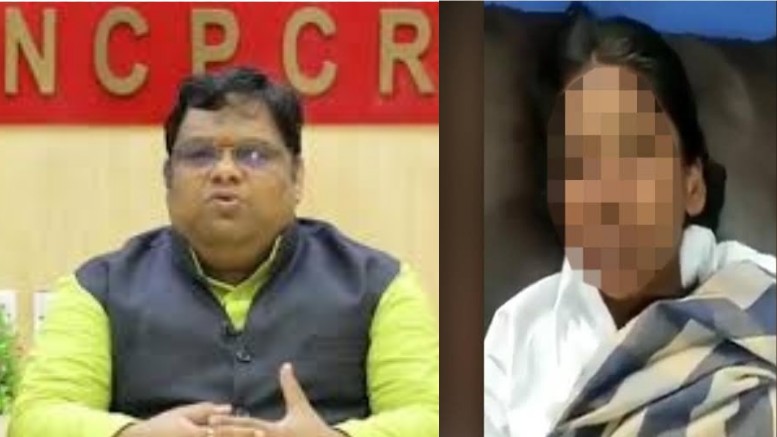 NCPCR has revealed that the DMK government in Tamil Nadu is not helping with its efforts to probe the death of a 17 year old girl who was pressured to convert. In a recent statement issued by NCPCR, it has been informed that a team led by the Chairman Priyank Kanoongo himself will visit Thanjavur in a few days to conduct an inquiry.

With an “expose” every other day from Tamil media houses, the death of the 17 year old girl Lavanya is taking many new turns. But the media is hell bent on proving that her death was “secular” by bringing out new clippings of her dying declaration and other “revelations”. The ruling establishment in Tamil Nadu is aiding them in this crusade by letting it’s ministers make remarks in support of the school.

Minister of School Education Anbil Mahesh had said that there is no conversion angle and he has evidence to prove so. He claimed that his department has recorded the statements of 30 students of the same school who have denied attempts to convert them. The minister of Social Welfare and Women Empowerment, Geetha Jeevan also told the media that there is no conversion angle in the case and that only BJP is trying to make it out to be a communal issue. Geetha Jeevan is a practicing Christian.

In this situation, NCPCR, the apex child rights body has accused the DMK government of extending no support in the pretext of Model Code of Conduct being in force in the state due to the upcoming local body elections. But NCPCR is standing steadfast in its decision to visit Thanjavur and inquire the concerned persons as planned. It has summoned the Superintendent of Police and the investigating officer to be present during the inquiry.

The commision plans to meet parents, classmates of the victim and the doctors who treated her in the initial stage and who performed autopsy. It has also planned to inquire the school authorities and to interact with the locals to find out the truth. But it appears that the DMK government has swung into action to perhaps obstruct the investigation. The “residents” of Michaelpatti, where the Sacred Heart Higher Secondary School is located, submitted petitions to the Collector of Thanjavur district asking him to restrain “unidentified persons” coming into their village.

They alleged that some people with vested interests are trying to disrupt the communal harmony in their village in the name of inquiring about the school and Lavanya’s death. They have claimed that the school has been functioning in their village for 163 years and no conversion activities have taken place in all these years. Social media erupted with questions as to how their village came to be known as “Michaelpatti” if there were no attempts to impose Christianity on the living populace.

It is to be kept in mind that the residents of Karunya Nagar in Coimbatore had complained about evangelist Paul Dinakaran’s Jesus Calls renaming their village Nallur Vayal as Karunya Nagar with the help of corrupt officials. Evangelists had tried to rename Kanyakumari, named after the maiden goddess Bhagavati Amman in the city, as Kanni Mary(Virgin Mary).