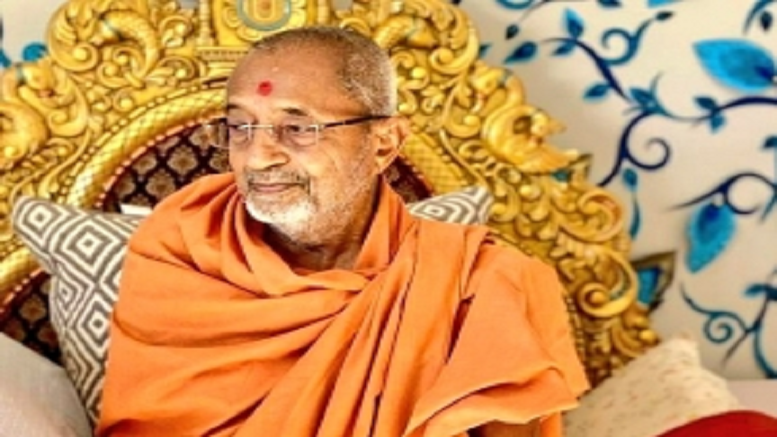 Swamiji Hariprasad of the Sokhada Akshardham has passed away, leaving lakhs of followers of the Swaminarayan sect in deep sorrow. He was 88.

Gujarat Chief Minister Vijay Rupani expressed his deep sorrow and offered his condolences. The last rites of the deceased will be carried out on August 1.

Swamiji Hariprasad of the Sokhada Akshardham temple near Vadodara passed away on Monday at 11 p.m. The seer’s health condition has been deteriorating since a long time and he was rushed at a private hospital in Vadodara. Swamiji Hariprasad was born at Asoj, a small village near Vadodara in Gujarat on May 23, 1934. Hariprasad Swamiji had received initiation as a monk in 1965 from his guru, Yogiji Maharaj, the guru of the BAPS Swaminarayan movement.

Rupani expressed his deep sorrow: “Swamiji’s contribution to the society by dedicating himself for a lifetime of freeing youth from addiction, spreading education along with imparting spiritual enlightenment will be remembered forever. I pray eternal bliss of his departed soul.”