Sadhguru injects secularism into Mahashivratri celebration, yet attacked by liberals over his appearance on US TV Show 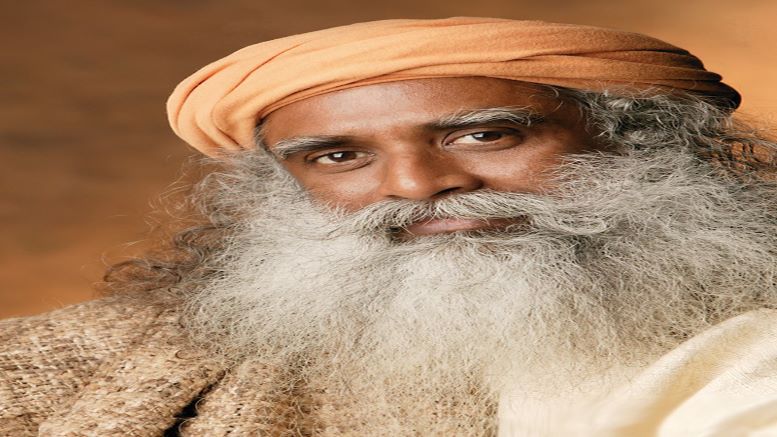 Sadhguru Jaggi Vasudev, who has been caught on the wrong foot previously as well when he downplayed the persecution of Hindus in Bangladesh, has left Islamists and left-liberal red-faced after his appearance in a US TV show hosted by Trevor Noah. Both Noah and Sadhguru came under attack from the Islamo-leftist cabal.

The spiritual guru was on the show to promote his latest initiative “Save Soil Movement”. An OpIndia report on the matter said:

South African comedian Trevor Noah posted a tweet saying he would host Sadhguru Jaggi Vasudev to discuss the “Save Soil movement”, the latest campaign launched by the spiritual leader to prevent soil degradation and desertification…

…In the show, Sadhguru mentioned that in the last 50 to 100 years, due to industrialised farming, the organic content in the soil has depleted, as there is no replenishment…

…However, some within India had a problem with Sadhguru’s interview with Trevor Noah. As Noah tweeted that he would be speaking to Sadhguru on his latest initiative, the left-liberals and Islamists jumped on his timeline, attacking the comedian and asking him not to invite him for his show.

Alishan Jafri, an Islamic troll, attacked the show host Noah asking him to hire a good researcher. Peddling false propaganda against Sadhguru, Jafri claimed that the spiritual leader is a big enabler of Islamophobia in India.

Sharing propaganda articles from dubious sources, Jafri misinformed the public that Sadhguru rationalised the anti-Muslim policies of this regime like the Citizenship Amendment Act. Jafri ended up not only lying about Sadhguru, but also about CAA, which is not anti-Muslim, but pro-minority from Islamic nations who are being persecuted.

Kunal Kamra, a far-left troll who is now accused in contempt of court cases, hurled abuses at Sadhguru by claiming that the spiritual leader was an excuse of a human being. Kamra lamented that he was a fan of Noah’s work, but he was curious about decisions that led to having “this billboard” on the show.

Well, the left-liberals and Islamists’ hatred towards Sadhguru is understandable as the spiritual leader has been vocal about cultural nationalism and often supported the Narendra Modi-led government and its policies several times in the past.

However, the latest heartburn for the liberals is that one of their own – Trevor Noah provided a platform to Sadhguru, who is demonised and hated across the left-liberal and Islamist circles for his views. The left-liberals are shell shocked how can a left-liberal Trevor Noah can host a Hindu Sadhguru and promote his new initiative, “Save soil movement”.

While the hatred and scorn poured in by the Islamo-leftist cabal is understandable, it must be also be mentioned that the spiritual guru’s attempt at secularizing Mahashivratri celebrations by including Qawwalis hasn’t gone down well with several practicing Hindus as well.

We may see this as an attempt on the part of the Isha Foundation at creating an avenue for rootless urban Hindus to connect with the treasure trove of Dharma. Even if we disagree with the spiritual guru’s approach, we must remember that Dharma talks about mutual respect between different Dharmic paths – this means that a tradition doesn’t have to dilute itself to become more ‘acceptable’ to others.

This is not to say that Sufi Islam is inclusive and liberal or downplay its bloody and barbaric role in persecuting and forcefully converting Hindus as any other Islamic stream. The Islamization of Kashmir is a case in point. It was done through a mix of sword and forceful conversion by the Sufis. Among the wielders of the sword, the most famous one for the area was Sikandar But Shikan who came to Kashmir in 1394. He and his Brahmin convert prime minister, issued an order “proscribing the residence of any other than Mohammedans in Kashmir”, after which they threw out all idols from the temples.

The overbearing scholarly perceptions suggesting that the Sufis resorted to only peaceful and humble mannerism in order to promote Islam in Bharat needs to be challenged. It is true that many Sufi Saints could be humane and kindhearted individuals. Nonetheless, the overarching belief that in order to lead a happy, content, and pious life, one must come into the fold of their own ideology, has remained a constant standpoint with all Sufi Saints.

Despite these facts, Bollywood’s influence projects Sufism as ‘soulful’ and it is a well-known fact that the film industry has a profound influence on young minds who see it as ‘cool’. It is in this context that one needs to see Isha Foundation’s secularized Mahashivratri celebrations. It is probably an attempt to bridge the gap between the deracinated youth and Dharma. Whether this would dilute Dharma, in the long run, is a difficult question to answer, however, at present there is an urgent need to root the youth by speaking in the language they understand is a fact that cannot be overlooked.