In Congress-ruled Rajasthan Hindu temples cannot use loudspeakers while mosques can! 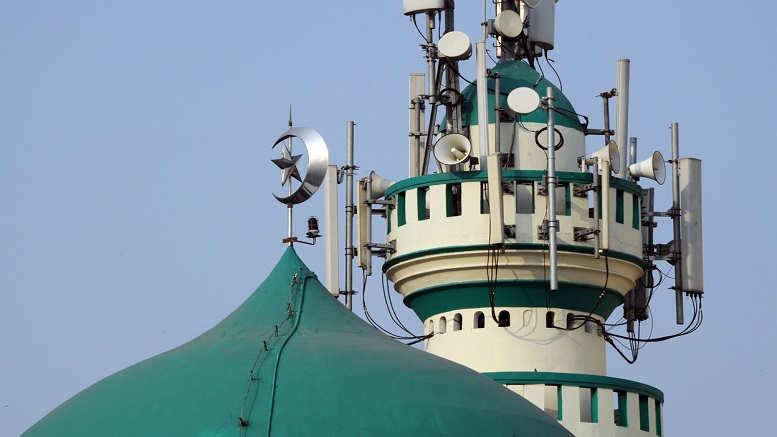 Having done nothing since the past two and a half years rule in Rajasthan, the Congress government goes back to what it does best. Minority appeasement using petty moves. Their latest move banning the use of loudspeakers in Hindu temples while allowing them in Mosques has not gone down well with locals and the local MLA admitted that there is deep discontent within the public.

The Rajasthan government appears to have gone a step too far this time around in the Sanganer area of Jaipur. According to Ashok Lahoty, the BJP local MLA from Sanganer and the ex-mayor of Jaipur, all loudspeakers associated with Hindu temples have been forcefully shut while mosques use the loudspeaker to blare out their prayers. He has written to the police commissioner of Jaipur demanding to know the reason why the police are assisting in this communally insensitive issue.

The Sanganer MLA stated that in ward number 65 of Bhankrota in his constituency, there are several Hindu temples that have been ordered not to use loudspeakers for daily Aarti by the local police. He added that other religious places (mosques) just across the road use loudspeakers 5 times a day starting early in the morning, without any intervention from the authorities.

Lahoty took to Twitter to announce the latest development in his constituency and also shared the letter sent by him to the police department.

His Tweet read, “Chief Minister Ashok Gehlot under the guise of lockdown has forcefully shut aartis being conducted on loudspeaker in the Hindu temples of Bhankrota, Sanganer area whereas prayers done 5 times a day on loudspeaker in the other religious institution opposite to the temples has been allowed. People will not tolerate this.”

Lahoty, in his letter, called out the deception of the current regime using the bureaucracy. He mentioned that if this rule has been implemented due to the lockdown then it should be followed by all the religious places of worship.

He urged the police to ban the use of loudspeakers in other religious institutions as well in the area. Lahoty asserted that the implementation of government orders should be equal for all, and if the authorities do not stop all loudspeakers in the area, irrespective of religion, Hindu resistance might force Hindu temples to start using loudspeakers.

Barely a month has passed since a similar nefarious plan was seen in Kota of Rajasthan when a municipal garbage truck was using its loudspeakers urging Muslims that corona will end when Babri is rebuilt. It was again the local administration vehicle that was being misused.