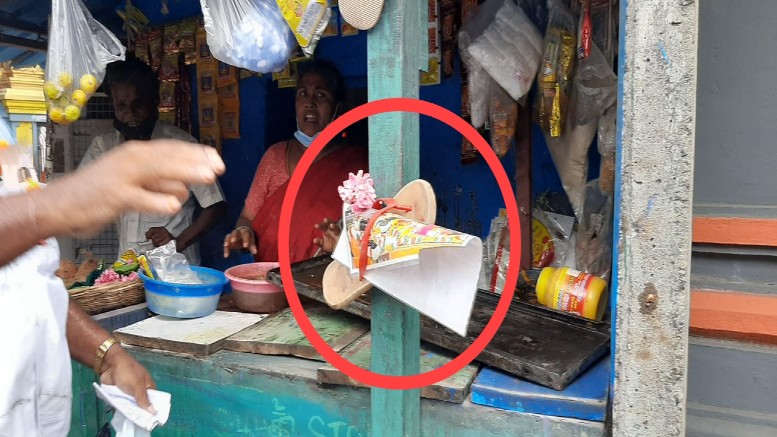 The DMK government had earlier banned public darshan in temples across Tamil Nadu. Now, public celebration of Ganesh Chaturthi has also been banned and only worship in houses is allowed. Hindu Munnani had planned protests across the state against this move. As a part of this, the Kanchipuram Hindu Munnani cadre protested in front of the Ganesha temple in Vishnu Kanchi.

While there they noticed the picture of Athi Varadar(Vishnu) placed on a chappal in front of a shop that sells puja items. When they confronted the shop owner, Bhoopati, a Periyarist, he allegedly said, “I will do whatever I like. I am a follower of Dravidar Kazhagam. It is our (government’s) rule”. Following this an altercation ensued as Bhoopati refused to remove the picture and argued arrogantly.