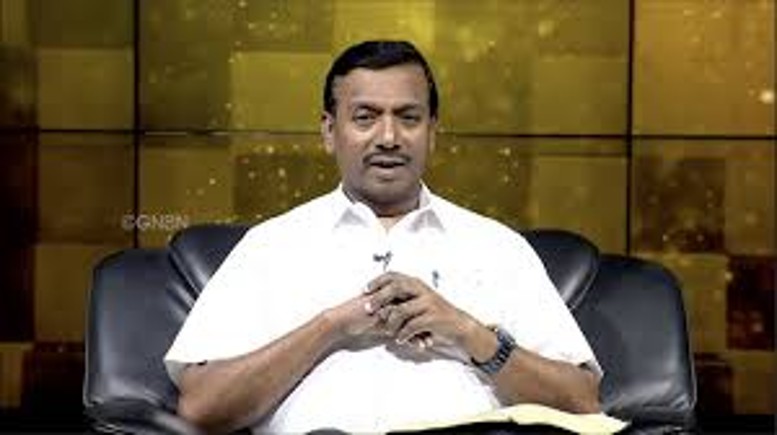 In another show of his hatred for Hindus, evangelist Mohan C Lazarus has compared “vigraha aradhana” (or murti puja, aka ‘idol worship’ for Abrahamics) with prostitution. Lazarus was pulled up by the court for saying that temples in Tamil Nadu are ‘forts of Satan’. In an attempt to explain his stance, he has made another derogatory remark by saying that murti puja and prostitution invite the wrath of god.

In a video shared by Twitter user @HlKodo Lazarus can be heard saying, “The Bible says “vigraha aradhana” and prostitution will bring the wrath of God on the country. When the people of Israel indulged in vigraha aradhana and prostitution, God was enraged. He said to Moses, “I am angry. Let me destroy them”. I cited these as examples and tried to make (my followers) realise how it is important to pray to not invite the wrath of god on the country”. This appears to be an explanation for what he said about temples in TN.

In the same video he laments that some have misunderstood what he tried to say and spread misinformation by intentionally clipping and merging parts of his speeches. However in another video where he speaks about murti puja he says, “We should pay attention to the sin of prostitution in the country. A country where Vigraha aradhana and prostitution is on the rise, invites the wrath of the god. That is why even though India has a lot of natural resources, rivers and other riches its people are hungry and suffer in poverty”.

Lazarus has made many such incendiary remarks about Hindu Dharma and deities. Once he claimed that prostitution is high in Velankanni because vigraha aradhana is also high which is why it was the worst affected area of TN during the 2006 Tsunami. Lazarus had spoken to a group of preachers in 2016 where he said, “No other state in India has as many structures for Satan as Tamil Nadu does. Why does Satan have such a stronghold in TN? No other state has as many temples and Satanic structures”.