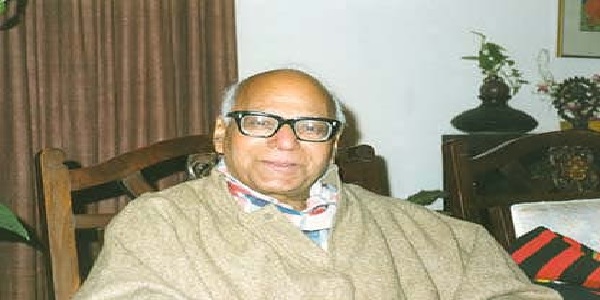 The self-styled social justice intellectuals and parties do not want an India without castes, they want castes without Dharma. This may be profitable to some in the short run but it is suicidal for all in the long run. – Ram Swarup

Today casteism is rampant. It is a new phenomenon. Old India had castes but no casteism. In its present form, casteism is a construct of colonial period, a product of imperial policies and colonial scholarship. It was strengthened by the breast-beating of our own “reformers”. Today, it has acquired its own momentum and vested interests.

In the old days, the Hindu caste-system was an integrating principle. It provided economic security. One had a vocation as soon as one was born—a dream for those threatened with chronic unemployment. The system combined security with freedom; it provided social space as well as closer identity; here the individual was not atomised and did not become rootless. There was also no dearth of social mobility; whole groups of people rose and fell in the social scale. Rigidity about the old Indian castes is a myth. Ziegenbalg (1682 – 1719) writing on the eve of the British advent saw that at least one-third of the people practised other than their traditional calling and that “official and political functions, such as those of teachers, councillors, governors, priests, poets and even kings were not considered the prerogative of any particular group, but are open to all”.

Nor did India ever have such a plethora of castes as became the order of the day under the British rule. Megasthenes (ca. 300 BCE) gives us seven-fold division of the Hindu society; Hsuan Tsang (ca. 650 CE) the Chinese pilgrim mentions four castes. Alberuni (973 – 048) too mentions four main castes and some more groups which did not strictly belong to the caste system.

Even the list of greatly maligned Manu contained no more than 40 mixed castes, all related by blood. Even the Chandals were Brahmins on their father’s side. But under the British, Risley (1851 – 1911) gave us 2,378 main castes, and 43 races! There is no count of sub-castes. Earlier, the 1891 census had already given us 1,150 sub-castes of Chamars alone. To Risley, every caste was also ideally a race and had its own language.

Caste did not strike early European writers as something specially Indian. They knew it in their own countries and saw it that way. J. S. Mill (1806 – 1873) in his Political Economy said that occupational groups in Europe were “almost equivalent to an hereditary distinction of caste”.

To these observers, the word caste did not have the connotation it has today. Gita Dharampal-Frick, an orientalist and linguist [currently at Heidelberg University], tells us that the early European writers on the subject used the older Greek word meri which means “a portion”, “share”, or “contribution”. Sebastian Franck (1499 – ca. 1543) used the German word rott (rotte) meaning a “social group”, or “cluster”. These words suggest that socially and economically speaking they found castes closer to each other than ordo or estates in Europe.

The early writers also saw no Brahmin domination though they found much respect for them. Those like Jurgen Andersen (1669) who described castes in Gujarat found that Vaishyas and not the Brahmins were the most important people there.

They also saw no sanskritisation. One caste was not trying to be another; it was satisfied with being itself. Castes were not trying to imitate the Brahmins to improve social status; they were proud of being what they were. There is a Tamil poem by Kamban (ca. 1180 – 1250) in praise of the plough which says that “even being born a Brahmin does not by far endow one with the same excellence as when one is born into a Vellala family”.

There was sanskritisation though but of a very different kind. People tried to become not Brahmins but  brahmavadins. Different castes produced great saints revered by all. Ravidas (ca. 1450) a great saint, says that though of the family of Chamars who still go through Benares removing dead cattle, yet even most revered Brahmins now hold their offspring, namely himself, in great esteem.

With the advent of Islam the Hindu came under great pressure; it faced the problem of survival. When the political power failed castes took over; they became defence shields and provided resistance passive and active. But in the process, the system also acquired undesirable traits like untouchability. Alberuni who came with Mahmud Ghaznavi (971 – 1030) mentions the four castes but no untouchability. He reports that “much, however, as these classes differ from each other, they live together in the same towns and villages, mixed together in the same houses and lodgings”.

Another acquired another’s trait; they became rigid and lost their mobility. All mobility was now downward. H. A. Rose (1867 – 1933), Superintendent of Ethnography, Punjab, from 1901 to 1906, author of A Glossary of Punjab Tribes and Castes, says that during Muslim period, many Rajputs were degraded and they became scheduled castes and scheduled tribes. Many of them still retain Rajput gotra of Parihara and Parimara. Similarly, G. W. Briggs in his The Chamars, tells us that many Chamars still carry names and gotra of Rajput clans like Banaudhiya, Ujjaini, Chandhariya, Sarwariya, Kanaujiya, Chauhan, Chadel, Saksena, Sakarwar; Bhardarauiya, and Bundela, etc. Dr K. S. Lal (1920 – 2002) cites many similar instances in his recent Growth of Scheduled Tribes and Castes in Medieval India.

The same is true of Bhangis. William Crooke (1848 – 1923) of Bengal Civil Service tells us that the “rise of the present Bhangi caste seems, from the names applied to the castes and its subdivisions, to date from the early period of Mohammedan rule”. Old Hindu literature mentions no Bhangis of present function. In traditional Hindu rural society, he was a corn-measurer, a village policeman, a custodian of village boundaries. But scavenging came along with the Muslim and British rule. Their numbers also multiplied. According to 1901 Census, the Bhangis were most numerous in the Punjab and the United Provinces which were the heartland of Muslim domination.

Then came the British who treated all Hindus equally—all as an inferior race—and fuelled their internal differences. They attacked Hinduism but cultivated the caste principle, two sides of the same coin. Hinduism had to be attacked. It gave India the principles of unity and continuity; it was also India’s definition at its deepest. It held together castes as well as the country. Take away Hinduism and the country was easily subdued.

Caste in old India was a cooperative and cultural principle; but it is now being turned into a principle of social conflict. In the old dispensation, castes followed dharma and its restraints; they knew how far they could go. But now a caste is a law unto itself; it knows no self-restraint except the restraint put on it by another class engaged in similar self-aggrandisement. The new self-styled social justice intellectuals and parties do not want an India without castes, they want castes without Dharma. This may be profitable to some in the short run but it is suicidal for all in the long run.

In the old days, castes had leaders who represented the culture of the land, Who were natural leaders of their people and were organic to them. But now a different leadership is coming to the fore: rootless, demagogic and ambitious, which uses caste slogans for self-aggrandisement.

(This article was published on voiceofindia.me and has been reproduced here.)