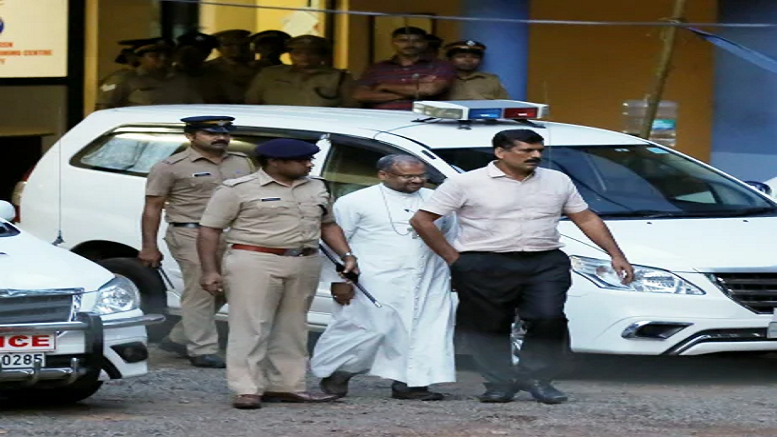 To call Franco Mulakkal India’s Rasputin would be unfair to Rasputin. The Russian mystic, though eccentric in his use of power, had dimensions of greatness. He gained influence in the court of Tsar Nicholas II by using his inherent abilities. Russia’s traditional nobles resented the rise of an outsider—and finally got rid of him by feeding him cyanide. But they still feared him. So they threw the body into the river. The fear did not go away. So they tied heavy stones to the body to make it stay at the bottom of the river.

Franco Mulakkal does not come anywhere near the Russian in power or cleverness or the ability to create fear in others. He is a Roman Catholic bishop. The domain he got to administer was Jalandhar in Punjab-Haryana, far away from areas where people of his faith live in large numbers and are aware of the dos and don’ts of their religion. This was a kind of domain isolation that gave him a freedom of action other Catholic bishops did not usually enjoy.

Evidently, he enjoyed that freedom. He enjoyed it so much that he became, as the record books noted, “the first bishop in Indian Catholic history to be arrested in a rape case.” That a sessions court in Kerala declared him innocent of all sins did not change his image among the general public. Higher courts will no doubt have a chance to examine the matter.

Jalandhar has, according to the 2011 records, 8,889 Christians, accounting for 1.02 percentage of the population. For such a tiny herd, why a full-time bishop? The answer leads to Christianity’s notorious habit of casting nets for wavering sheep. No religion has such a scandalous conversion appetite—as though a soul can be saved by changing the clothes one wears.

But, perhaps unbeknown to the general public, things have been happening in Punjab that attracted soul hunters. As one account puts it: “Thousands have embraced the new faith of Christianity, leaving their age-old religion of Sikhism. The prime and foremost reason is caste-related inequalities practised within Sikhism.”

An article by Rajiv Tuli in December 2021 referred to new phrases like “Dalit-Sikh” and said: “Sikh Gurus spoke of caste-less society. But in practice, upper-caste Sikhs do not mingle with the lower castes such as Ramadasias and Ravidasias. There is no inter-caste dining or marriage. … There is a lack of religious and social ways in which the alienation of these people can be addressed. So they are easily amenable to the trappings of conversion spread by the missionaries.”

Christian missionaries are also infamous for the unscrupulous ways in which they cast their nets. “They use”, as Tuli puts it, “all tactics such as spreading a lie, even giving incentives of various nature. One of the ways is by promising a visa to Canada, England or the USA upon conversion. They entrap illiterate and disabled people by convincing them that God would take away their pains and sufferings. Another way is by giving them incentives such as free medical aid in hospitals run by Christian missions, free education and financial benefits.”

The missionaries are daring in their imagination. “To dispel the belief that Christianity is foreign, churches are coming up in every nook and corner of the state modelled in the shape of gurdwaras, Christian hymns are being sung in the form of kirtan. It was decided that a supreme body Shiromani Church Parbandhak Committee would be formed for the betterment of Christians in the state.” (Any resemblance to Shiromani Gurdwara Parbandhak Committee is by no means a coincidence.)

To put it mildly—and also frankly—everything connected with expansionist Christianity is a challenge and a threat. It is natural that an ambitious man like Franco Mulakkal would see the opportunities his religion offered and went ahead with plans to exploit them. He became not only the shepherd of Jalandhar, but also secretary of the Regional Bishops Conference of North India. He has contributed significantly to the bad reputation gathered by sections of the Catholic hierarchy “who covered up sex abuse allegations and moved abusive priests to other parishes where abuse continued”.

The Church has a history of priests whose misconduct led to their getting “laicized” (meaning a clergy man being reduced to a layman). The scandals were numerous in the US, Canada, Chile, Ireland and Australia. Franco Mulakkal has been merely trying to include India in that distinguished list. Perhaps, the Church should give a promotion to the rogue. – February 2022

(This article by TJS George was first published in The New Indian Express on February 6, 2022 and has been reproduced here in full with additional graphics and a modified headline)