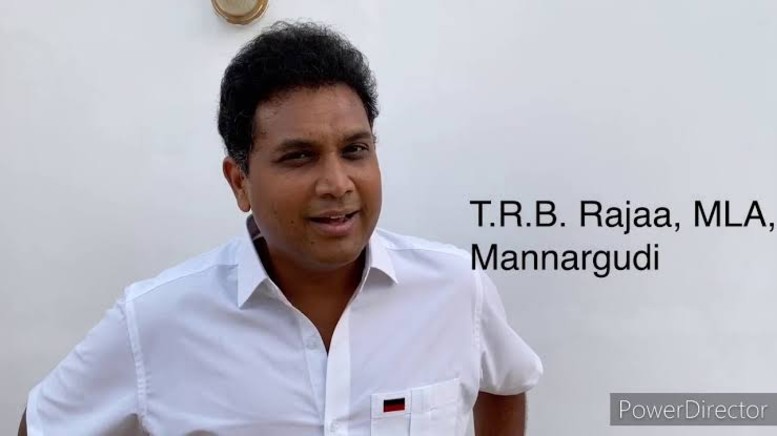 An elected representative of DMK has used the ‘cow-piss drinker’ jibe against the people of Uttar Pradesh so casually. The jibe used by the Pulwama terrorist, Adil Ahmad Dhar, as a justification to kill ‘kafirs’ is used by anti-Hindus, Breaking India forces and practically everyone opposed to Hindu rights. An elected representative of a party that vociferously repeated that it is not anti-Hindu, using such a phrase has come as a shock.

TRB.Rajaa, an MLA who won from Mannargudi constituency of Tamil Nadu, tweeted that “if one drinks cow urine it will cause side effects like this” quoting a tweet from PTI. It was in reaction to a comment from a UP women’s panel member. Perhaps the MLA isn’t aware of the fact that Kerala government’s Ayurveda firm sells cow dung and cow urine products. Considering the fact that DMK and CM MK.Stalin are friendly with the Communists and Kerala CM Pinarayi Vijayan, if he comes to know of it, would he label Kerala as a state of cow piss drinkers?

While the UP women’s panel member’s opinion is controversial, an elected public representative is expected to maintain decorum and not resort to Hinduphobic slurs demeaning an entire state’s population. Moreover, the digital stalking and entrapment of minor girls, usually by those belonging to a specific minority community, remains a very serious problem which secular politicians sweep under the carpet.

Earlier TN’s Finance Minister PTR.Palanivel Thiagarajan had asked the Goa Transport Minister to “shut up” because Goa is a small state, only the size of his constituency, and that as the representative of a big state his opinions hold more value.