Dharma Files: Analysing the ‘phallacy’ of the Shiva-linga 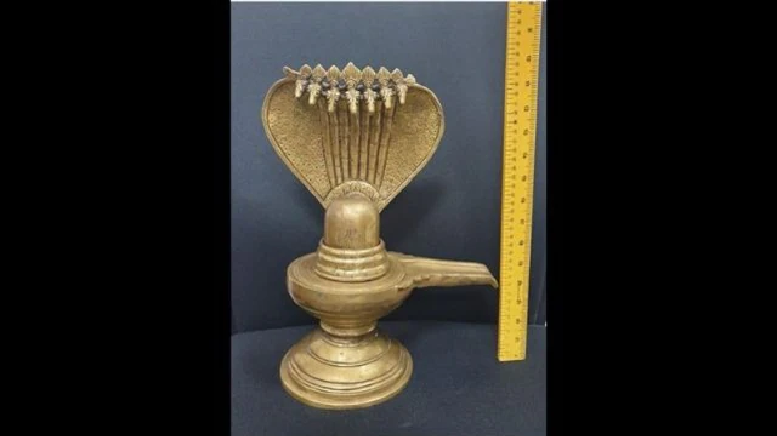 The claim that a Shiva-linga may have been discovered at the Gyanvapi mosque in Varanasi has raised some questions about what it stands for. The issue is important considering the comments made on it on social media. The professor of a college in Delhi, on seeing its picture, wondered whether Lord Shiva had been circumcised. Another voice on social media seemed to wonder whether it spouted semen, perhaps because it was claimed to be a fountain by the opposing party. More recently, a lady from Jaipur seemed to give a foreplay dimension to the changes in its size mentioned at various times. And so on.

What is significant here is the temptation to take it, some would say mistake it, for a phallic symbol, which is its chosen interpretation in Western Indology. This tendency to take it as a body part, therefore, on the part of some may be attributed to the way Western Indology tends to view it. This leads to the next question: To what extent is this description justified?

Sometimes it is argued that the word itself stands for the penis. This is problematic because the term is used to signify gender in Sanskrit, and more generally stands for a mark or sign. Thus the words corresponding to masculine, feminine, and neuter gender in Sanskrit are Pullinga, Strilinga, and Napunsakalinga. It is clear that translating these terms by using the word penis will lead to hilarious results. The use of the word Varna and its apparent translation as colour, similarly, created serious problems in Indology from which it is still trying to emerge.

At a religious rather than verbal level, a Hindu, in general, finds the interpretation of the term linga as a phallus jarring, to say the least. Mahatma Gandhi noted that he first learnt from a book by a missionary that it had any “obscene” significance. This radical divergence in understanding the significance of the Shiva-linga is a striking example of how the insider’s and the outsider’s perspective might differ on a point.

The outsider may associate it with a fertility cult. In Hindu lore, however, the Shiva-linga represents the axis mundi, the pillar upholding the universe as it were. In the Puranas it represents the pillar of fire or light, the form in which Shiva appeared when the three gods of the Hindu trinity — Brahma, Vishnu and Shiva — were competing among themselves to determine who was the greatest among them. Shiva proved his pre-eminence because the other gods could not discover the beginning or the end of the pillar, which the linga represents.

It is not that the Shiva-linga has not been sometimes interpreted as a body part. According to one scholar, it happens about 10 per cent of the time. Thus this does not happen often, however, even when it happens its understanding continues to be an elevated one. For instance, in the Mahabharata, sage Upamanyu states that the use of the linga and yoni to depict Shiva and Parvati means that they pervade all beings. Ramakrishna states that we worship Shiva in this form to pray for release from the process of rebirth.

In a Yogic context, the linga represents the conversion of sexual into spiritual energy. Paradoxically, the upright but unshed penis symbolises spiritual ascent brought about by celibacy. Alberuni, the Muslim savant, records that according to one account it denotes Shiva, because when Shiva was ordered by Brahma to create imperfect human beings, Shiva refused to do so, and indicated his displeasure by chopping off the symbol of creation and procreation.

The recovery of the Shiva-linga at the Gyanvapi mosque would not be complete until we also recover its proper meaning from the obfuscations under which it has been buried. It is worth reflecting on the following comment by David Frawley at this point: “The Shiva-linga is part of a vast natural symbolism of ascending cosmic energy. Such linga forms include mountains, fire, trees, standing stones, pyramid, Sun, Moon, lightning, and OM. It’s sexual reduction by modern scholars is part of their sexual obsession overall.”

In a review of two books by Wendy Doniger — The Hindus: An Alternative History (2009) and On Hinduism  (2014) — in Foreign Affairs (September-October 2014), Ananya Vajpeyi notes how Doniger “argues that the lingam, a symbol of the Hindu deity Shiva that is found in temples should be understood ‘unequivocally as an iconic representation of the male sexual organ in erection, in particular as the erect phallus’.” The shock the Hindu feels in the face of such misrepresentation could only be compared to that of the Christian, upon being told that when the Christian participates in the mass on Sunday he or she is practising cannibalism, as the Christian then consumes the flesh (wafer) and blood (wine) of Jesus Christ.

(This article was published on firstpost.com on June 12, 2022 and has been reproduced here.)