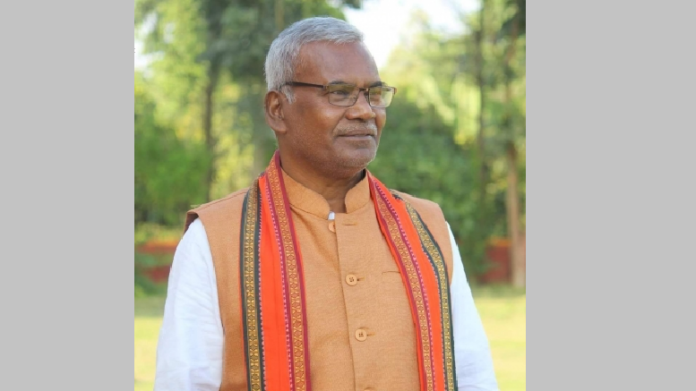 Kameshwar Chaupal — the first kar sevak, the man who laid the first ‘Ram sila’ (brick) at Ayodhya on November 9, 1989 and member of Ram Janmabhoomi Teertha Kshetra Trust said he remembers December 6 as symbol of dignity for Bharat.

Remembering the incident, Chaupal, in a exclusive interview with IANS, spoke about angry Kar Sevaks from across the country thronging Ayodhya, why people scaled the dome of the Babri Masjid and started demolishing it.

Here are few of the excerpts.

Q. You are first kar sevak of the Ram Mandir construction and you were present in Ayodhya on December 6, 1992. What was situation in the temple town. How many people have come from outside Ayodhya and what was on their mind?

A. We were present in Ayodhya on December 6. I cannot tell you the number but Bhagwan Ram’s birthplace was full of devotees. People from every nook and corner of the country were present there.

There was only one feeling in everyone’s mind that this time, they will leave Bhagwan Ram’s birthplace only after “freeing” it from the “blot”.

Q, That day, Kar sevaks had assembled for symbolic service only, then how suddenly the situation changed?

A. People have suppressed anger. Earlier also, people have been called for kar seva. They used to come and go but nothing concrete was happening. Many times it was felt that court will give a verdict, while some times efforts were made to solve the issue with mediation but in vain…

The court was also not considering the issue important. The government was avoiding the issue related to the majority community of the country, due to which people were annoyed.

Q. What were leaders including Advani who were standing on stage doing?

A. All veteran leaders and Advani were appealing people to follow what Bhagwan Ram practiced in his life…

They were saying that Bhagwan Ram’s dignity is not in breaking… We will do all work within limits. Bhagwan Ram has preached discipline and we all have to follow the path.

Q: So why kar sevaks did not pay heed to them?

A : I have told you that people present there were agitated. They did not want to return to their home just listening to their leaders’ address…

They were filled with the thoughts that even ocean did not provide a way when Bhagwan Ram asked for it peacefully. So, they did not pay heed to anyone. Every one was thinking that if anything doesn’t happen today, nothing will happen in future. They took a decision by themselves.

Actually, it was an expression of their anger and self respect. Hindus, who have been facing humiliation, contempt and harassment since ages, showed their suppressed sentiments.

Q. On December 6, 1992, Uttar Pradesh has your (BJP) government, but what was going on in kar sevaks mind about what happened in Mulayam Singh Yadav’s tenure,

A. Firing during Mulayam’s tenure in which 492 Bhagwan Ram devotees were killed was a small incident. Seventy-eight fights have occurred over the issue and over four lakh devotees had sacrificed their lives.

Whatever happened on December 6 was collective anger of all these things. The youths who have thronged Ayodhya did not want to return their home just after listening to address of the leaders.

Q. What do you think about the December 6 incident today?

A. For every nation, I think that a “self-respect” time should come because it cannot be safe without self-respect and honour.

I also feel that if people would have expressed their the anger earlier, then foreigners would not have invaded the country. The country would not have to be a centre of loot and humiliation at the hands of invaders.

Q. Construction of Ram temple at Ayodhya is going on in full swing. Your dream is about to come true. How do you feel?

A. See, this was not only my dream but every person of the nation has dreamt for it. Sri Ram belongs to everyone, Ram is for everyone and everyone belongs to Ram. That’s why everyone should cooperate in making a grand Ram temple.

(The story has been published via a syndicated feed with a minor edits to conform to HinduPost style-guide.)

Security increased in Ayodhya after arrest of terrorists in Delhi