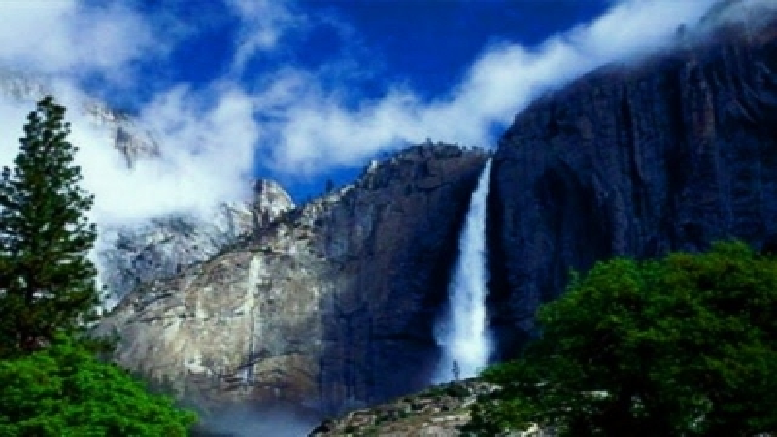 Vasudhara falls — one of the most enchanting place to visit in Uttarakhand’s Badrinath — is believed to be miraculous as its water does not touch sinners.

The waterfall stops flowing after coming in contact with a sinner. It may sound unimaginable but it is said to be true.

Uttarakhand is also known as Dev Bhoomi. Right from its rivers and waterfalls to religious places, everything and every place has its history, significance and mystery.

The waterfall is situated at a height of 13,500 feet above the sea level at a distance of 8 km from Badrinath.

It falls from a height of 400 metres and the falling water appears as pearls.

People, who come here feel like they have reached heaven.

It is said that even if a drop of water falls on a person from this waterfall, then he/she is a pious soul.

Devout people from the country and abroad visit the place and stand under the waterfall.

A person becomes healthy if water from Vasudhara falls on him or her. It is said that the water of Vasudhara is enriched with herbs and has medicinal properties.

Legend has it that eight element gods ‘Asht Vasus’ (Agni, Prithvi, Vayu, Antariksha, Aditya, Dyaus, Soma and Nakstrani) have meditated here. That’s the reason the waterfall has been named Vasudhara. To reach here, the devout and the tourists have to take a horse or a mule from Mana village.

Legend has it that the Pandavas along with their wife Draupadi proceeded to heaven from this route only. It is said that Sahdev died here and Arjuna abandoned his bow ‘Gandiv’.

The trek for Vasudhara starts from Mana village. After crossing Saraswati mandir, this trek gets arduous as the terrain is hard and rocky. That’s the reason that covering a five km distance takes two hours. The route does not have facilities for water or food.

‘Pichora’, a traditional attire of Kumaon region in Uttarakhand