Is appropriation of Kashmiri Hindu saints as ‘Sufis’ the latest ploy to push ‘Kashmiriyat’? 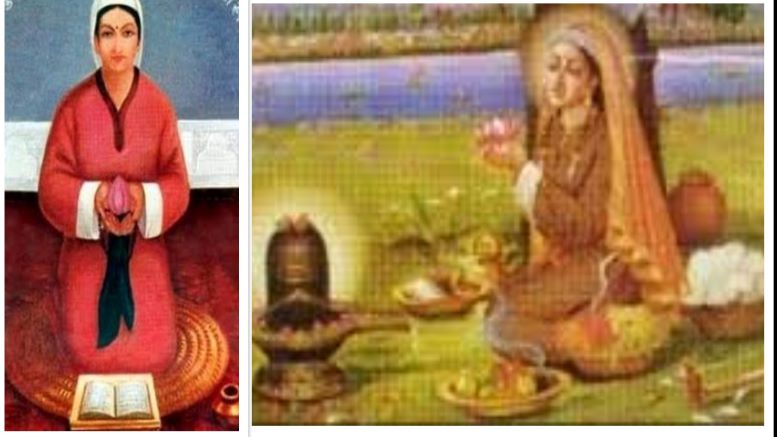 Appropriating Kashmir Hindu saints as ‘Sufi saints’ is the latest ploy in pushing ‘Kashmiriyat’. Hindu mysticism/Yogic sampradayas and Islamic Sufism are, however, poles apart despite the two being equated by the proponents of Ganga-Jamuni Tehzeeb.

Dharmic concepts such as belief in Paramatma, the concept of rebirth and the like form the basis of Hindu Yogic Sampradayas. Such concepts have no place in Sufi Islam which continues to believe in Islamic concepts of Allah alone being supreme as well as the concept of ‘kafirs’ going to hell on account of their faith. Therefore, equating Hindu Yogis/Yoginis with Sufis would be erroneous, to say the least, and to call the former ‘Sufis’ would be both misleading and fraud of the highest order.

Two articles (titled As true Sufi, Mata Rupa Bhawani transcends religious borders and The Sufi saint who promoted cultural blend of Shaivism and Islam) have attempted to appropriate Kashmiri Hindu saints Mata Rupa Bhawani and Lalleshwari by passing them off as Sufi saints.

Some of the content from both articles have been reproduced below:

One of the most prominent Sufi saints of Kashmir, whose message transcends the borders set by religion and birth, was Mata Rupa Bhawani also known by her birth name, Alakheswari. She was a 17th century Sufi saint born in 1621 in Kashmir.

Kashmiris are basically one race of Saraswats, tolerance, cooperative understanding had to be spread far and wide. And for that Rupa Bhawani or Alakheswari or Ropded appeared on the scene.

One thing that stands out whether it has been a Kashmir Muslim or a local Pandit Sufi saint is the universal message of amity, tolerance and cooperation among communities. For Kashmiri Hindu Sufi saints, it has been an amplification of Shaivism and its true understanding. For the local Muslims, Sufism is a mystical form of Islam, a school of practice that emphasizes the inward search for God and shuns materialism. Kashmiri Sufism has produced some of the World’s most beloved literature, like the love poems of the 13th-century Iranian jurist Rumi.

Lalleshwari, fondly called ‘Lal Ded’ (Mother Lalla), is among the most prominent Sufi saints of Kashmir who promoted a cultural blend of Shaivism and Islam, which teaches tolerance, coexistence and brotherhood among communities.

She practised Shaivism, but her message of brotherhood made her one of the most revered Sufis of her land. Local Muslims called her ‘Lal Arifa’.

Local Muslims and Pandits have never, in their history, distinguished between the Sufi saints of Kashmir on the basis of religion.

We shall subsequently highlight why painting Hindu mystics as Sufi saints is a misnomer as well as counter the ‘Kashmiriyat’ propaganda put forward in the articles.

“It is hoped that these enemies of Kashmir’s eclectic culture called ‘Kashmiriyat’ do not succeed in demolishing the centuries-old mutual faith the two communities have in coextensive”, the author says in the article on Lalleshwari.

Lalleshwari (1320-92 CE) was a mystic born in a traditional Shaivite family who preached in the vernacular language thereby taking Kashmiri Shaivite teachings to the common masses. She received initiation into Kashmir Shaivism from her Guru Siddha Shrikant. She is said to have achieved the state of avadhuta, rising above all body consciousness. It is said that she took samadhi by dissolving into a flame of light and became one with the universe.

Mata Rupa Bhawani was born as Alakheswari in 1621 to Pandit Madhav Dhar who was a Devi-bhakta. It is believed that Devi Sharika was born as Pandit Madhav’s daughter owing to his dedicated performance of the parikrama of Hari Parbat regularly.

“With her mastery in Sanskrit, Persian and Hindustani, she was well-versed in Vedanta, Upanishads and Shaivism. Her vaakhs have come to us in the usual oral tradition. It is believed that the Hindi text entitled RupaBhavaniRahasyopdesha is the most detailed text available’’, writes Shri  ShyamLal Sadhu in his biography on Mata Rupa Bhawani.

Are Hindu saints and Islamic Sufis the same?

Besides being spies for Sultans in foreign lands, Sufis acted as spiritual and theological advisors to Muslim kings during the medieval era.

“When the armies of Islam rode roughshod over the Hindu homeland, the swordsman of Islam was very likely to relax and retreat from callous carnage after some time… It was the Mullah and the Sufi who would not let him relax. They threatened him with hell if he tried to turn away from the work assigned by Allah”, writes Shri Sitaram Goel.

There is little reason to believe that Sufis behaved differently in Kashmir which systematically ousted its Hindu natives after Islamic bigots became rulers. Their version of harmony and brotherhood is limited to ‘tolerating’ Hindus who may worship Sri Hanuman or Durga Maa. Ultimately, however, the Sufi Muslim would never let go of his belief that the other is bound to go to hell for not submitting oneself to Allah. If a section of Muslims turns intolerant, the Sufi would justify it as Allah’s will and that “people are being led to the right path”?

Unlike Hindu mystics who saw different sects as different paths leading towards moksha, a Sufi held that it was Allah alone who was supreme. For all the talks of Sufism being a mystic path similar to Hindu Yogic Sampradayas, the fact remains that the Sufis are no different from Islamists as far as core beliefs in Quran and Allah are concerned.

It can’t be emphasized enough that Dharmic concepts of Atma, Paramatma, karma, rebirth and moksha have no parallels in Sufi Islam. At best, Sufi Islam offers a different path of piety within the Islamic umbrella but it won’t as much as tolerate, forget respect, other spiritual paths.

The misleading concept of Kashmiriyat

“The coinage smacks of a separatist agenda. There is no such thing if you were to study the state’s people(s) or even compare Kashmiris with other Indians”, says Shri Sanjay Kaul in his piece on Kashmiriyat.

“Kashmiriyat was brokered bliss, if any, paid for by the silence and subjugation of a microscopic minority, swallowing bitter cups of insults repeatedly over decades. If at all anything like Kashmiriyat existed, it was just the silent agony of submission of the Kashmiri Hindus over centuries in an attempt to survive in the valley”, wrote a Kashmir Hindu who continues to be in exile.

The entire concept of ‘Kashmiriyat’ is nothing but a farce intended to give cover-fire to separatists. Much like the Ganga-Jamuni Tehzeeb weapon is used by the Secular-liberal cabal to make Hindus toe their line, so also Kashmiriyat is used as a tool to silence Hindus.

It can’t be a mere coincidence that such pieces hailing Hindu saints as ‘Sufis’ are doing the rounds when The Kashmir Files has brought out the true face of ‘Kashmiriyat’. The intention is to push narratives of tolerance and brotherhood in a bid to hide the real face of Islamists who have wanted to purge the state of Hindus.

Subsuming Hindu identity into the fold of Islamic Sufism is a cunning ploy to cut off the Dharmic roots of Kashmir. Tolerance cannot come at the cost of Dharma.