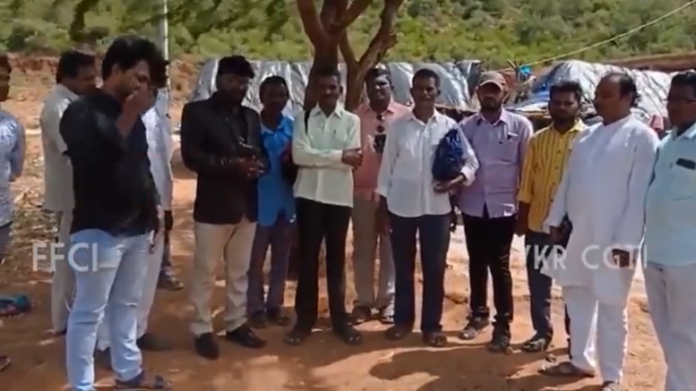 AP police are believed to have helped Christian evangelists in threatening and forcefully preaching Christianity to Chenchu vanvasis in Prakasam district’s Dornala Mandal.

SC-ST Forum has highlighted that they have earlier drawn the attention of the National Commission for Scheduled Tribes (NCSTHQ) towards the issue of Christian evangelists repeatedly visiting forest-dwelling Checnchu vanvasis.

The Forum has tweeted saying signatures of the vanvasis have been collected by police officials forcibly that too without informing them the reason for their signatures. This act raises suspicion regarding the intentions of the AP police in getting vanvasis to sign on documents and also regarding the reason behind the same. Suspicions are also being raised about the misuse of the signatures.

There have been several allegations of promoting evangelism against the AP police under the Jagan Reddy regime. In May last year, an on-duty police constable was caught preaching Christianity in the Guntur district. Prior to that, the AP police personnel were alleged to have formed ‘Soldiers for Jesus’ group.

With Christian evangelism on the rise under the YSRCP rule with those holding official positions often being accused of promoting Christianity, such allegations of coercion by police and evangelists should be taken seriously by the central authorities, in this case the National Commission for Scheduled Tribes. It is expected that they would step in to put an end to such threats to the traditional way of life of the vanvasi Chenchu tribe.