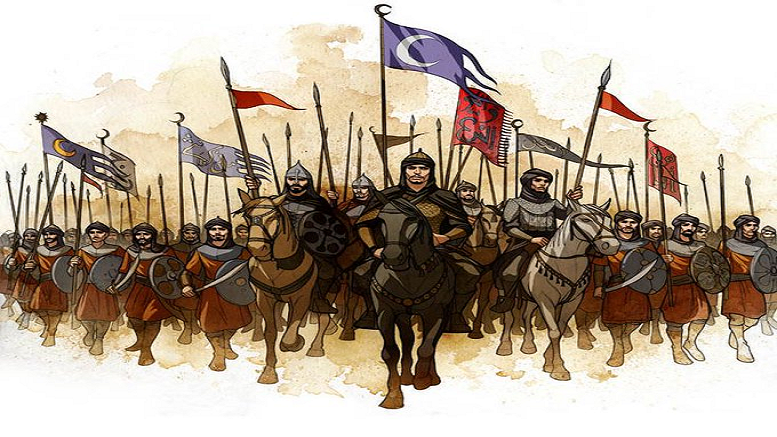 The Sharia provides a tactic called Al Taqqiya that allows Muslims to lie in order to deceive their enemy (usually kafir / disbeliever).

On 28th June 2022, Mohammed Ghous and Mohammed Ryiaz Akthar, gruesomely beheaded Kanhaiya Lal ji, a Hindu tailor in Udaipur. Kanhaiya Lal ji was hacked 24 times, 7-8 times on the neck that almost decapitated his head and he died from excessive bleeding. The barbarians made videos of the beheading and their celebration of the murder. This tragic hate crime triggered a massive outrage from Hindus across Bharat.

Islamic leaders across party lines rushed to condemn the Jihadi killing. However, the condemnations issued appeared scripted and from their usual toolkit. The typical reactions were – “Islam is a religion of peace”, “violence has no place in Islam”, “it is barbaric and uncivilised, and there is no justification for such killings”. A Twitter user Darab Farooqui put out a collection of tweets from his community condemning the beheading. Darab further wrote, “This is how a civilised community should respond to hatred and violence. Prove me wrong”.

Let’s quickly validate the claims that Islam is a ‘religion of peace’ or its followers are a ‘civilised community’ by examining some examples relevant to most Hindus. Islamic invaders killed millions of Hindus during medieval period, Bharat was partitioned by followers of Islam to establish Pakistan and hundreds of thousands of Hindus were savagely murdered in pre and post partition riots. Most UN-designated terrorists and terror groups are overwhelmingly Islamic. With these historical facts, most Hindus are likely to reject the aforementioned claims.

Take the example of the Hyderabad-based The Siasat Daily that published an article by the Students Islamic Organisation (SIO). For the uninitiated, SIO is the student wing of Jamat-e-Islami Hind (JIH) different to Jamat-e-Islami. As per SIO’s website, their Constitution is based on Quran and Sunnah. Their Aims and Objectives state “to nourish [students] talents and to make them useful for Islamic Movement”. SIO’s President, Mohammed Salman Ahmed is quoted as saying “There’s no justification for such violence”. He further states that the responsibility of the crime is on the government and media for polarising the country. Salman employs Al-Taqqiya here saying, “[Prophet Mohammed] taught humanity to love, empathise and care for each other, as he forgave his staunchest enemies”. In his Twitter post Salman wrote that the “murder doesn’t represent the Muslim community and anyone blaming Muslims/Islam is an Islamophobe”.

The reality is quite different to Salman’s claim. As per Sahih AL-Bukhari 59:369 narrates the punishment for ‘disrespecting’ Prophet Mohammed:

Narrated By Jabir bin Abdullah: Allah’s Apostle said, “Who is willing to kill Ka’b bin Al-Ashraf who has hurt Allah and His Apostle?” Thereupon Muhammad bin Maslama got up saying, “O Allah’s Apostle! Would you like that I kill him?” The Prophet said, “Yes,” Muhammad bin Maslama said, “Then allow me to say a (false) thing (i.e. to deceive Kab).The Prophet said, “You may say it.”

Another Islamist news portal MuslimMirror.com published an article by a known Hinduphobic American Muslim scholar, Aslam Abdullah. The article did not even publish the name of late Kanhaiya Lal ji and instead referred to a ‘Hindu tailor’. The author then weaves the story as an ‘intentional homicide’ and draws false equivalences with rapes and murders in the rest of the country, deliberately ignoring Hindu hatred as the trigger. Abdullah further says that nowhere in the Quran does it call for “killing those who criticise Islam, make fun of its messengers, and falsify its message.” He quotes Quran 41:34 on friendship and good deeds. What Abdullah fails to tell unsuspecting Hindu readers is that multiple times Quran calls for killing unbelievers. For example Quran 4:56 says “Those disbelieve in our verses we’ll drive them into a fire…..”

Then, when the sacred months have passed, slay the idolaters wherever ye find them, and take them (captive), and besiege them, and prepare for them each ambush.

AIMIM’s leader and former NDTV journalist Imityaz Jaleel called for the public beheading of Nupur Sharma. AIMIM is yet to take disciplinary action against him.  A social media influencer named Rana Ayyub called on PM Modi to intervene asking “India to stop this hate” giving no reference to the religion of the victim and perpetrators.

In another twitter post Rana Ayyub wrote “Proud of Muslim community for speaking in one voice against the terror unleashed by two men in Udaipur. This is how barbarism, hate crimes, lynchings in the name of faith need to be condemned across the board. No rallies in solidarity with accused, no excuses. Period.” Ex-Bharatiya cricketer Irfan Pathan wrote, “No matter which you follow hurting an innocent life is like hurting the whole humanity”. Ironically, both Rana Ayyub and Irfan Pathan were completely silent when ‘sar tan se juda’ rallies were taken out.

Love Jihad is an example of Al-Taqqiya. In numerous cases Abdul poses as Aditya, Rehan as Rahul and Suleman as Sanjay to trap unsuspecting Hindu girls often via Facebook or Instagram. In most cases the ending is gruesome and barbaric for the Hindu girl who is trafficked into flesh trade, beheaded or packed in a suitcase. Read more on love jihad cases here.

Anti-CAA protest was another example of Al-Taqqiya. The entire community blocked roads in Delhi opposing a humane law that granted citizenship for persecuted Hindus from Islamic territories of Pakistan, Afghanistan and Bangladesh. They called it ‘un-constitutional’ and anti-Muslim. They said they were saving Bharat’s Constitution and secularism from fascist Hindutva. However, the same community responded with mob violence during Gyanvapi mandir case to intimidate Constitutional bodies.

In Kanhaiya Lal ji’s case the Islamic scholars, thinkers, leaders, and politicians took no action to stop the mobs that were taking out ‘sar tan se juda’ rallies across Bharat. By remaining silent, the Mohmmedian community achieved what they wanted – the death of a kafir. Issuing condemnation after the barbaric act of beheading is Al Taqqiya in action.