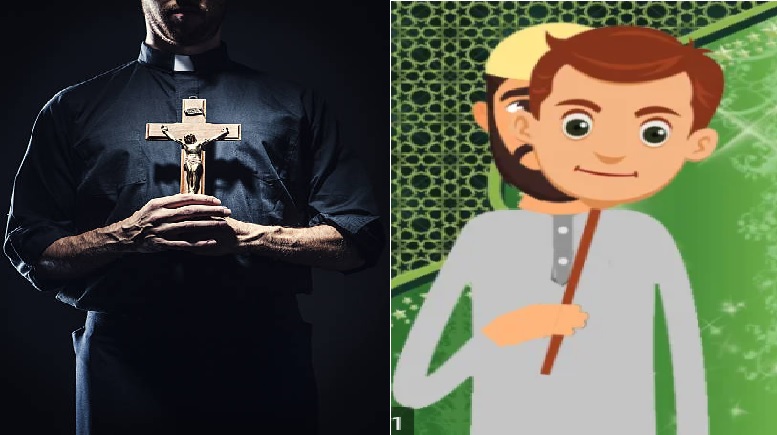 Madhya Pradesh Police on Sunday, December 26, arrested three people including a catholic priest and a pastor in Jhabua district, after vanvasis (tribals) complained that they were being lured to convert to Christianity in exchange of medical and education benefits. In another case, one Javed Khan was booked in Ashok Nagar district on December 25 for tricking a vanvasi woman into a relation by assuming a Hindu identity and forcing her to convert to Islam after birth of their child.

“On 26 December, at around 8 am, Father Jam Singh Dindore called me and Surti Bai (another villager) to their prayer room and made us sit in a weekly meeting called for conversion. They sprinkled water on us and read the Bible to us,” Tetiya said in his complaint.

He further alleged that the three accused offered free education and medical benefits to their families if they accepted Christianity as their religion. Both he and Surti Bai denied the conversion and left the place and later informed the police about the matter, Tetiya said.

“There was a complaint filed by one Tetiya Bariya and Surti Bai in which they named three people including one catholic priest and one pastor. Tetiya has claimed that he was being asked to convert to Christianity by the three with a promise of free education and health facilities. An FIR has been registered under the Madhya Pradesh Freedom of Religion Act 2021. The FIR has been filed under sections 3, 5, 10 (2) of the Act and all three have been sent to jail by the court’s order.”

The Quint report adds that Jhabua, a predominantly vanvasi-dominated district bordering Gujarat, has seen a surge in cases against illegal religious conversions and police action against Christian missionaries after MP’s Freedom of Religion Act 2021 was introduced.

In the other incident from Ashok Nagar district, on the other end of MP, police lodged an FIR against one Javed Khan on December 25 for forcing a vanvasi woman with whom he was in a relationship to convert her religion to Islam.

In a complaint to the police station in Ashok Nagar, the victim claimed that Javed Khan was living with her, identifying himself as Rakesh Kushwaha. She further alleged that she got to know that his real name was Javed only after the birth of their son and that Javed had been pressuring her to change her faith ever since.

Ashok Nagar police, taking cognizance of the complaint, lodged an FIR against Javed Khan under the sections of SC/ST Atrocities Act, 1989 and Section 5 of MP’s Freedom of Religion Act 2021.

Till December 15, Madhya Pradesh police has registered 62 cases of which 8 were against Christians under the recently passed MP Freedom of Religion Act 2021.