Yavatmal: Hindu youth murdered by Sheikh Sadiq and others over petty dispute 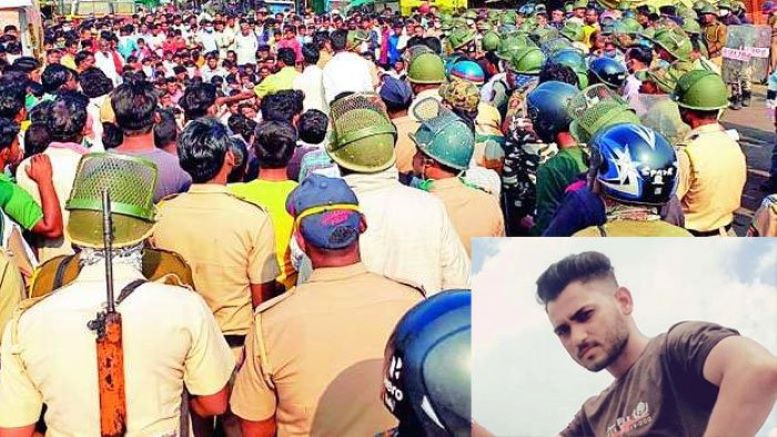 22-year-old Hindu youth Shyam Rathod was brutally murdered by five people in Maharashtra’s Yavatmal over a petty dispute. The incident took place in broad daylight in the Yavatmal’s Kali Daulatkhan.

According to available information, Shyam was riding his two-wheeler when he was attacked with knives and swords leading to his death on the spot. 42-year-old Sheikh Sadiq alias Sadar Mansoor Ali, 28-year-old Syed Kalim Syed Hafeez, 20-year-old Manu alias Sirajuddin alias Sabiroddin Wahboddin and Mukimoddin Rafikuddin have been taken into custody and the weapons have been recovered from them.

An argument broke out after Shyam’s bike reportedly hit one of the accused. Following this the accused and his associates brutally murdered Shyam. The situation remained tense and the administration had to impose a curfew in the area on Friday night as some people, who were angered with the brutal manner in which Shyam was murdered, are said to have set the bus stand area on fire.

The body was handed over to the family on Saturday but angry relatives decided not to cremate Shyam till the accused were arrested. The cremation was performed only after the police arrested four of the accused based on the complaint registered by Shyam’s brother Lakshman who is also reported to have been injured.

District Superintendent of Police Dr Dilip Patil Bhujbal reached the spot and appealed to the residents to maintain peace. Kali Daulatkhan is reportedly a sensitive area.