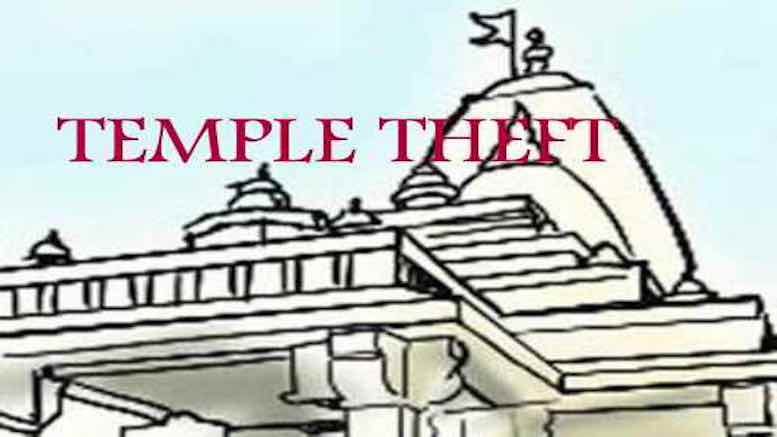 The police in Maharastra arrested two people on Tuesday in the case of a temple theft in Pimpri village, Thane district. In a press conference, Assistant Commissioner of Police, Mrs. Neeta Padavi said the thieves had looted 50,000 worth of cash, ornaments from the Kedareshwar temple in the village.

The police scanned 30 CCTV cameras between the village and Taloja and Kharghar in Navi Mumbai. After the technical inputs, Sharif Shafiful Shaikh (25) and Mohammad Hussian Yasin Mulla (28) were arrested from Kharghar. According to sources, they seized cash, hundi, accessories used to break in the temple, and auto-rickshaw used in the crime.

Times of India is the largest read English-language newspaper in Bharat. It also covered this news but withheld the names of the accused. Such secular censorship is often practised by the English-language media while reporting crimes committed by a particular community, as they claim reporting the facts will ‘communalise’ the issue. Many a times they even go to the extent of using images of Hindu sadhus while reporting crimes committed by Godmen of other religions!

A simple question to Times of India and other newspapers of their ilk – would they have adopted similar restraint if a Church had been broken into and robbed by thieves from the majority community? Actually, the answer to that question is a loud NO, as we saw during the hysterical, front-page coverage for days about some minor incidents (including a fire caused by a short-circuit) in Delhi Churches in 2015 which were given a communal color and projected as ‘Christians under attack’.