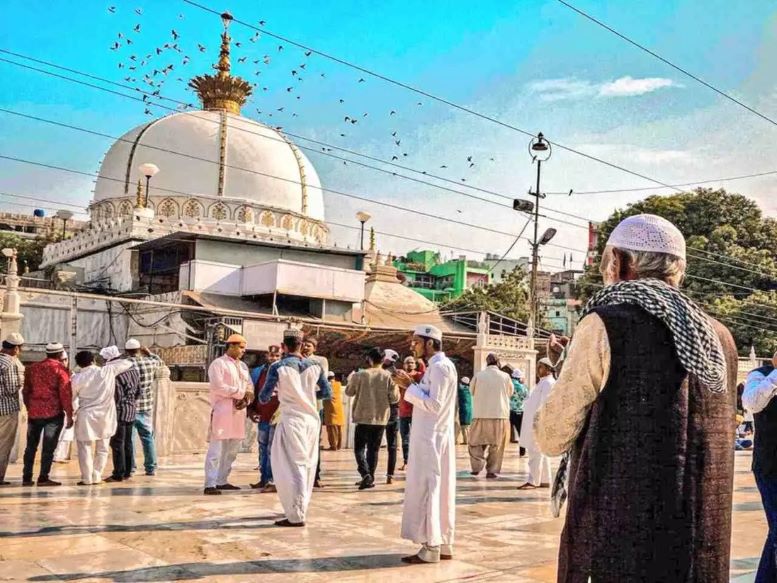 The true Islamist face of Ajmer Sufi Dargah has come to the fore as Dargah’s Khadim Salman Chishti’s video emerged on social media on July 5 threatening to murder ex-spokesperson of Bharatiya Janata Party (BJP) Nupur Sharma. Chishti is a repeat offender and has 13 cases registered against him which include murder and attempt to murder. He offered to gift his house to one who brings Nupur’s head.

According to available information, the video is around 4-5 days old. “I swear by my elders, I swear by my mother, I will shoot her openly. I swear by my children, whoever brings Nupur Sharma’s head, I will give this house to him”, Chishti says in the video. He also claimed to be a ‘true soldier of Khwaja’.

Interestingly, Ajmer Dargah’s head Zainul Abedin Ali Khan had claimed that Muslims will not permit Talibanization of the country. “No religion promotes violence against humanity. Especially in the religion of Islam, all the teachings act as sources of peace. In the gruesome video that surfaced on the internet, some non-ethical minds committed a brutal attack on a poor man, which is received as a punishable sin in the Islamic world”, Khan reportedly said.

Ajmer Dargah’s Khadim Gauhar Chishti is also said to have given a provocative speech on June 17 during a rally. ‘Gustakh-e-Rasool ki ek hi saza, sar tan se juda’ slogans were raised during the rally. Ajmer Dargah Khadim Syed Sarwar Chishti made a video on June 26 threatening Nupur Sharma supporters over remarks on Muhammad. In what can be termed as nothing but hypocrisy while the Dargah maintains it ‘advocates’ peace, its Khadims deliberately instigate Muslims.

A case has been registered by the Ajmer police in this matter. However, under the secular state, even the police appear to be siding with the Islamists. Ajmer’s Deputy Superintendent of Police (DSP) Sandeep Saraswat is alleged to have tutored accused Salman Chishti to claim that he made the threatening video in an inebriated state.

A BJP leader shared a clip of the DSP coaching Chishti and said “Releasing a Proof of Ashok Gehlot’s Anti Hindu Face. Salman Chisti who issued a bounty on Nupur Sharma’s head said “Mai Nasha nahi Karta”. Rajasthan Police – Bol Nashe me tha, taaki bachaya jae (tell you were intoxicated so that you can be saved)”. After Chishti’s arrest, a statement by the Rajasthan police said that he was in an inebriated state when he made the threat.

Readers may recall that Kanhaiyalal was arrested following a complaint by his Muslim neighbor. Then they let him out and bail and claimed to have worked out a ‘compromise’ between both parties. Their advice to Kanhaiyalal was to ‘stay safe’ and his pleas for meaningful police protection fell on deaf ears. The poor man kept his shop closed for days out of fear, but was brutally murdered as soon as he reopened the shop by two jihadis posing as customers.

Islamists have been emboldened due to the inaction of the secular state and Hindus across the country have been receiving death threats. Islamists threatened a minor girl in Mumbai for opposing Kanhaiyalal’s beheading. Medical practitioner Umesh Kolhe was murdered by Islamists in Amravati.

The situation is no different in Nagpur, where an entire family had to flee after their younger son came on the local Islamist hit list. A Hindu man was assaulted in Bihar, and a Hindu activist and his two friends have been critically wounded in an attack in Karnataka’s Bagalkot, allegedly for the same reason: supporting Nupur i.e. protesting the unconstitutional demands to hang her.

Secular-liberal voices are again trying to hush up this matter, just like they did the ‘blasphemy’ murders of Kishan Bharwad, and Kamlesh Tiwari – all in the name of ‘maintaining peace’. However, not one of these voices had questioned the Muslim clerics and politicians who were whipping the masses into a frenzy while demanding public beheading of Nupur Sharma. When even some Pakistani Muslim preachers admitted that Nupur Sharma was provoked and it was wrong to demand her beheading after she had explained her stand, the Islamists in Bharat – including English-speaking radicals like Owaisi, Arfa Khanum, etc – continued to stoke Muslim passions.

The secular Indian state has failed miserably at maintaining law & order and safeguarding the rights of Hindus and other Dharmics who are facing a genocidal assault by Abrahamic fundamentalists. Our elites, most with Hindu-sounding names, have proven selfish at best and traitorous at worst. Only a complete reboot of our state apparatus and establishing a Hindu Dharmic rashtra which protects and privileges Dharmics can restore order and bring peace & harmony in the subcontinent.