Three arrested for suspected gangrape and murder of Bodo woman in Darrang, Assam 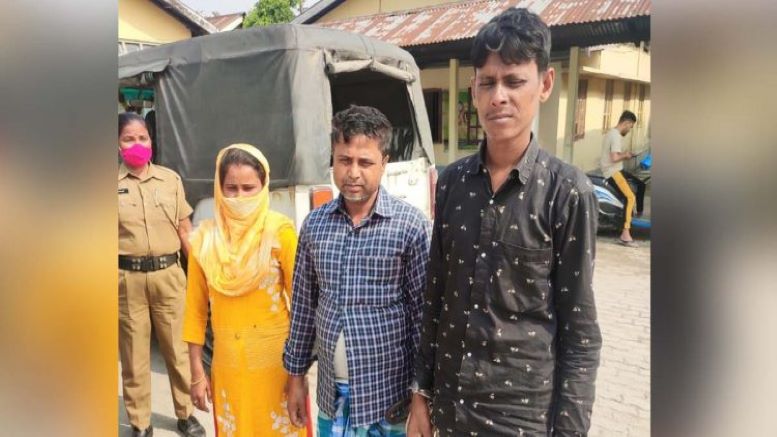 Three persons, including a woman, were arrested in connection with the gang rape and murder of a Bodo woman, whose body was recovered from a maize field at Kajiamati near Daipam Bridge under Dalgaon police station in Darrang district on Saturday. The suspects were arrested by police after the recovery of a woman’s body in Daipam Namati village under Dalgaon police station.

According to the report of news portal North East Now:

“The body of the woman was recovered from a deserted maize land in Daipam Namati village on Saturday. Later, the victim was identified as Sikhla Basumatary (name changed) of around 30 years of age and a resident of Udalguri.

Police brought the body to Mangaldai civil hospital for conducting post-mortem after its recovery in the presence of the executive magistrate of Darrang district.

Police have suspected it to be a case of gang-rape and murder. A case (No 192/2021) has been registered at Dalgaon police station under relevant sections. However, Darrang Police has remained tight-lipped regarding the incident till the filing of this report”