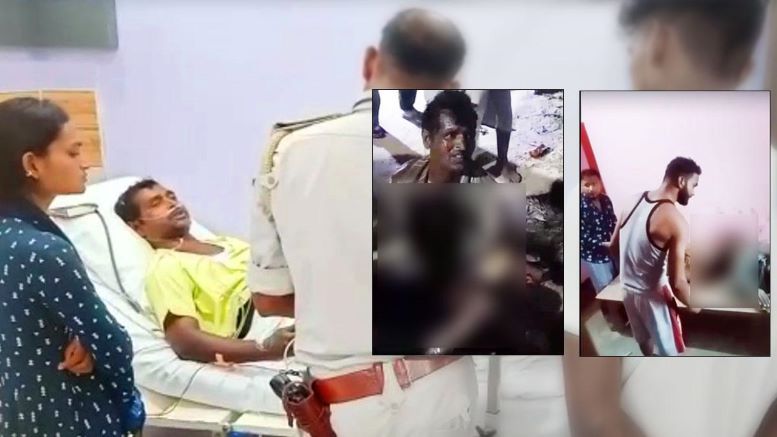 An SC (Scheduled Caste) man was brutally thrashed by a Muslim mob in Bihar’s Madhubani. As per reports, the man was assaulted on suspicion of theft by Mohammad Akram, Mohammad Munna, and others. The case came to light after its video went viral on social media.

The video shows the man being tied up and beaten with sticks. He was first beaten up in the house and then taken out on the street where the mob thrashed him. The victim, identified as Rampravesh Paswan, is a resident of Rajoura village.

Rampravesh’s son Abhishek said his father was beaten up in Izra village when he was returning from his aunt’s house on August 16. According to Abhishek, the accused thrashed his father after asking his name. The victim’s family members have also alleged that he was made to drink urine when he asked for water and they had threatened them not to inform the police about the incident.

Rampravesh is receiving treatment at a private hospital. Doctors stated the victim has received injuries to the spinal cord, shoulder and hips. Darbhanga SDPO Krishan Nandan Kumar said they have recorded Rampravesh’s statement.

Bajrang Dal convener Prakash Madhukar has demanded a thorough investigation in the matter and strict action against the culprits. Prakash also said Rampravesh was Dharmic and religiously performed Hindu rituals. They have also said they would undertake agitation if the police fails to act.

While there is rampant misuse of the SC ST Atrocity Act, it is important to clamp relevant sections of the Act against the accused in this case.