Rajasthan: theft of temple murtis across the state on the rise 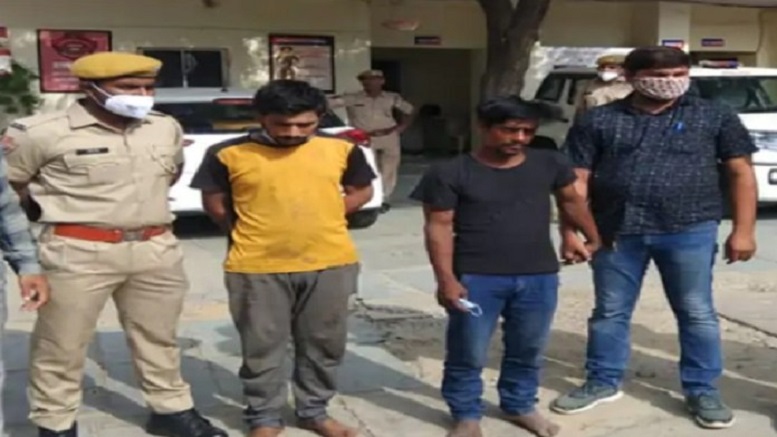 Temple murtis are being targeted and stolen all across Rajasthan, especially in Jaipur. Police recently apprehended Shehzada Salim alias Dadda in connection with the theft of 7 antique murtis made of Ashtadhatu (octal metal), more than 3 kg of silver ornaments, jewelry, and other valuables from a Shiv and Jain temple in Jaipur, Rajasthan. One Rahul Sindhi, who was buying stolen murtis from Salim, was also taken into custody.

During the day, Salim would become a ragpicker and snoop around temples and break open the locks to steal at night. He entered the century-old Ladi Bai temple under the pretext of drinking water and observed the murtis some of which are 300 yrs old. He arrived at 3 am, used a screwdriver from a parked auto, pried open the temple locks, and escaped with the valuables. He moved onto a Shiva temple and stole valuables there too.

Police say that Salim is a repeat offender and has multiple cases registered against him. They confirmed that another case of a missing bronze murti from the same locality has been reported and they are investigating whether Salim had any role in it.

The incident came to light when the devotees reached the Jain temple in the morning to offer prayers. They informed the police who checked CCTV footage and passed on the information to their informers who spotted Salim on Delhi Road from where he was arrested. All major Jain temples in Rajasthan have been reporting incidents of theft in the past 2-3 months.

Incidentally, only 5 of the stolen murtis have been recovered yet. For this menace to stop, those who finance such temple thefts only to defile our murtis should be caught and punished appropriately. Temples should be wary of any ‘ragpickers’ or destitute who might turn out to be intelligent thieves at night. Devotees should come forward with strict vigilance and surveillance equipment in all our temples. The government just does not seem to care.