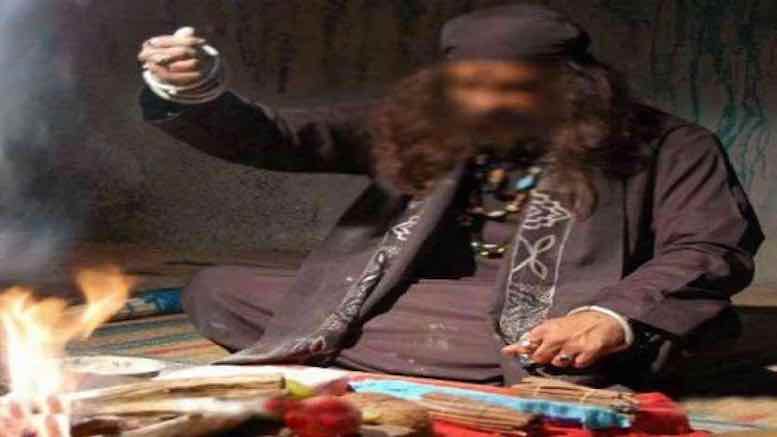 The Delhi police have arrested a Muslim occult practitioner from Meerut who duped several people using a web portal by pretending to be a Hindu Pandit and then interacting with his potential targets over phone before asking them to deposit money in his account for easing their domestic problems.

A complaint was received at Keshav Puram in Delhi in which the complainant alleged that she came into contact with one ‘Pandit Rahul Shastri’ in November through a telephonic conversation. The man reportedly influenced her to perform a pooja for domestic peace for Rs 3,500 and also suggested some rituals over the phone, following which the complainant deposited the amount into his bank account.

Over the course of time, the conman managed to influence the complainant to deposit a total of Rs 85,000 into his bank account. But when the accused pressed her to shell out Rs 55,000 more, she reported the matter to her family members and filed the complaint.

On the basis of technical surveillance, the accused was identified as Harun alias Miyaa Shah Ji Bangali who was arrested from Meerut.

“During investigation, it was revealed that the accused is registered on Google and Truecaller app as Miya Shah Ji Bangali as a ‘tantrik’ or occult practitioner,” said Vijayanta Arya, DCP, North West Delhi.

It is seen that Muslim occult practitioners or black magicians, i.e. Muslim/Sufi pirs & fakirs, routinely pass themselves off as ‘Tantriks’.

As this Swarajya article explains –

“‘Tantrik’ is used to refer to a Hindu practitioner of Tantra Vidya which includes black magic. Whatever this Vidya contains, it most certainly has nothing to do with the Islamic or Sufi practices of black magic.”

Many a times media portrays such Muslim occult practitioners as Tantriks and uses images of Hindu sadhus to depict crimes committed by such pirs/fakirs. A few list of such incidents from the above article –

“In a case from Uttar Pradesh’s Barabanki, Muslim occult practitioner named Mohammed Firoz and his assistant Mohammed Haneef have been arrested for making a man, Mohammed Alam, kill his daughter as a black magic remedy. Times Now used ‘Tantrik’ to describe the accused in the headline. Even Hindi newspapers like Dainik Jagrana and Amar Ujala have described the men as Tantriks.

In October, the Lucknow police in Hussainabad arrested a man named Mohammed Nasir aka Baba for rape. The Times of India called him a Tantrik in the headline.

In May, a Muslim maulvi and occult practitioner named Aslam Faizi was arrested for raping a woman In Bilaspur, Chhattisgarh. The media not only described him as a Tantrik but also used the image of a Hindu sadhu to represent him.”

BJP leader gang-raped after being invited by a Muslim girl to her house: Meerut, UP