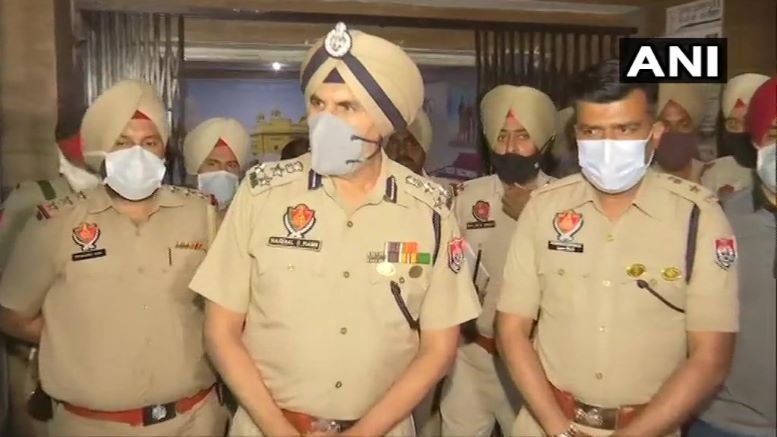 Punjab police personal were attacked by two Nihang Sikhs in a clash that broke out on Sunday at Tarn Taran. Reports state that the hands of two policemen were chopped by the Sikhs who were then shot dead by the police in retaliation. The policemen who have received serious injuries are said to be undergoing treatment and are out of danger as per a statement issued by the Punjab police.

Punjab: Two Police personnel injured after they were attacked by Nihang Sikhs in Tarn Taran.

Jagjeet Walia, SP says, "Both the SHOs are undergoing treatment at the hospital. They are out of danger. Both have received injuries on their hands." pic.twitter.com/FtWhvCIloY

The confrontation took place at Tarn Taran’s Sur Singh village after police were informed about two Nihang Sikhs having entered the area after committing a murder in Maharashtra’s Nanded district. On receiving information about the Nihangs being holed up in the area, cops had gone to arrest them when the attack took place. While the Nihangs were shot dead by the police, Khemkaran SHO Narinder Singh and Valtoha SHO Balwinder Singh received injuries.

It must be mentioned here that a similar incident occurred in Patiala in April last year when Nihang Sikhs who were stopped by the police and asked to show their curfew passes were attacked by the former. A Punjab police sub-inspector’s hand had been chopped off by the Nihangs in the attack last year. Assistant Sub Inspector (ASI) Harjeet Singh’s hand was successfully reattached in a seven-and-a-half-hour-long surgery at the Post Graduate Institute of Medical Education and Research (PGIMER) in Chandigarh.

A report on the Patiala incident by Economic Times says:

A group of four-five ‘Nihangs’ (Sikhs armed with traditional weapons and dressed in loose blue top) were traveling in a vehicle and they were asked to stop at a vegetable market at around 6.15 am by the Mandi board officials, they said.

“They were asked to show (curfew) passes. But they crashed the vehicle against the gate and barricades put up there,” Senior Superintendent of Police, Patiala, Mandeep Singh Sidhu said.

…”An ASI’s (Assistant Sub Inspector) hand was chopped off by a sword. A Station House Officer of Sadar Patiala sustained an injury on his elbow and another official suffered an injury on his arm in the attack. The Nihangs fled the scene after the attack, the SSP said, adding efforts are on to arrest them.” Sidhu said.

Nihang Sikhs were also involved in the Republic Day violence at Red Fort where policemen were confronted by armed Nihang Sikhs. As per a Hindustan Times report on the issue says:

Delhi Police officers manning the Singhu and Tikri borders on January 26 were faced with mounted Nihang Sikhs armed with spears and swords leading the charge to disperse the police. According to eye-witness accounts from senior police officers, the barricade-breaking charge was led by squads of Nihang Sikhs from both the borders and carried out with tractors with either no or hidden number plates using specialized hooks to remove jersey barriers from the road. With Delhi Police under firm orders not to open fire, the armed Nihang Sikhs provided the cover for the tractors to roll towards Red Fort.

The glorification of anti-police and anti-army rhetoric in Punjabi movies and songs is responsible for a situation where such brazen attacks on policemen are taking place.